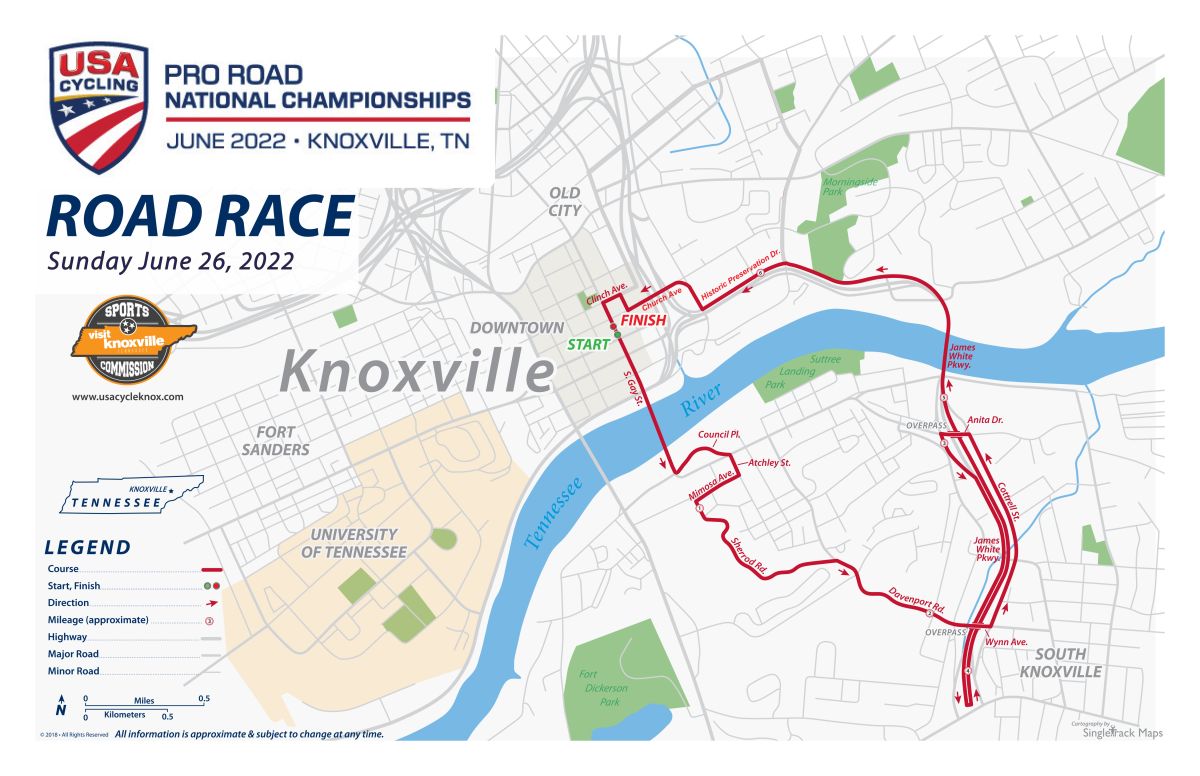 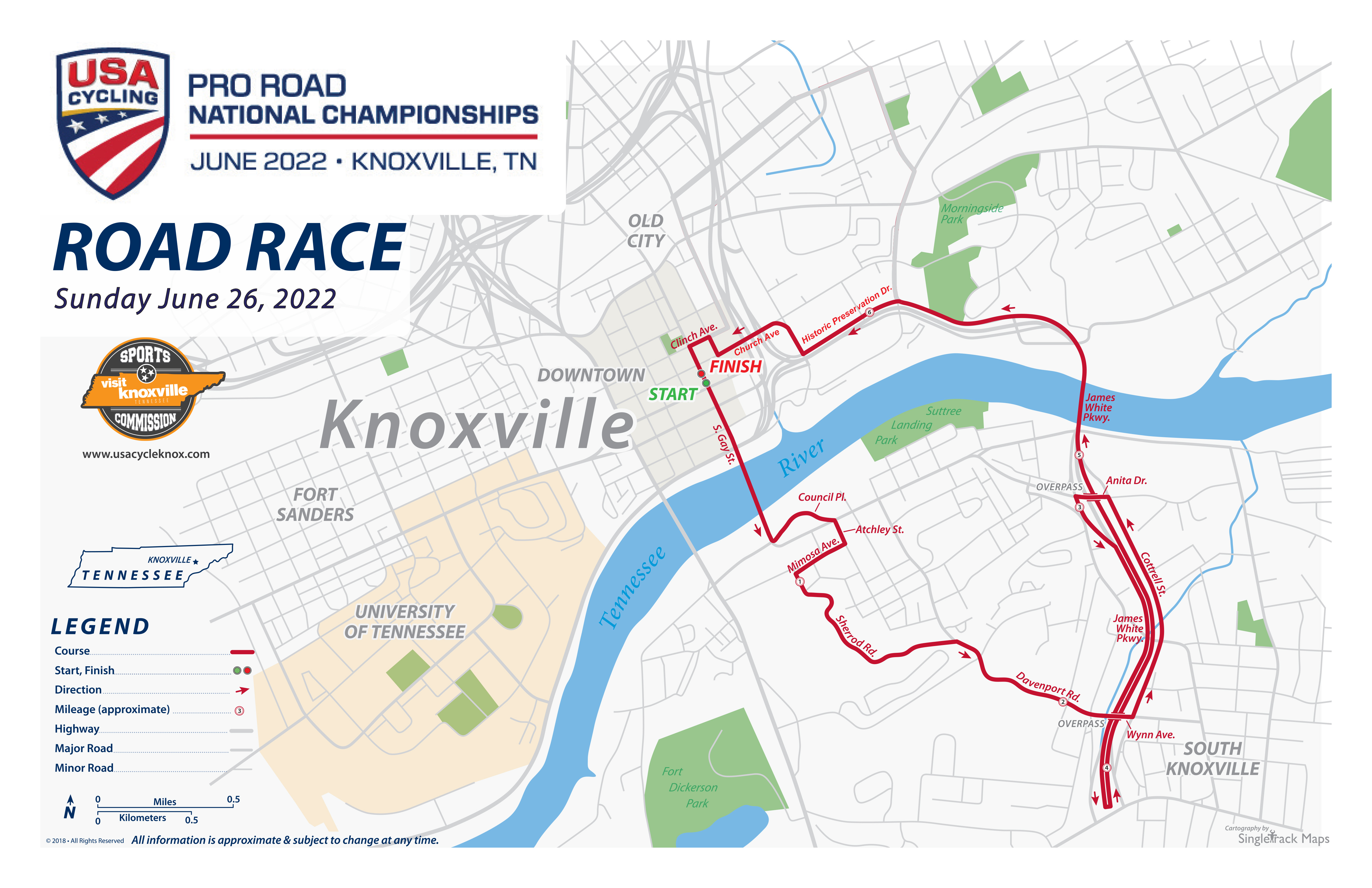 The USA Cycling Pro Road Championships return to Knoxville, Tennessee in 2022, holding the individual time trial and road race events for a fifth time; it is the fourth year that the criterium races will be part of the schedule.

Racing begins on Thursday, June 23, with the individual time trial championships on a relatively flat 11.6km (7.2-mile) route along the shores of Melton Lake in Oak Ridge, Tennessee, located 30 minutes west of Knoxville.

The popular criterium national championships will return Friday evening in downtown Knoxville, with the start and finish on Gay Street under lights. The elite women will ride for approximately 70 minutes, followed by the elite men competing for approximately 80 minutes.

The 1.75km (1.1-mile) circuit has six corners with a three-turn technical section near the finish line. The front half of the course has a sharp little 7% pitch that leads to a left turn at the base of the Women’s Basketball Hall of Fame. Once past the sports landmark, the race turns left on East Church Avenue for the technical section, including a quick right on State Street for a 9% gradient, and a quick left on Clinch Avenue for the closing 200 metres to the finish.

After a rest day on Saturday, the championships conclude Sunday with the road races, traversing a circuit multiple times that is 1.8km shorter than last year. It is still a significant 10.9km (6.8-mile) loop that starts in downtown Knoxville and heads across the Tennessee River on the Gay Street Bridge, with views of the Great Smoky Mountains to the east and the equally imposing University of Tennessee Neyland Stadium to the south. The riders then face the signature climb of Sherrod Road, with gradients of 10% on the ascent and tricky corners on the descent, headed to the out-and-back section on James White Parkway.

A second pass over the Tennessee River follows a new path to the finish. Instead of following streets on the north-east side of downtown to pass through Old City and taking a right on the Clinch Avenue climb, this year’s final kilometres follow the north side of the Tennessee River and use Church Avenue to turn left on Clinch, using the same final kilometre to the Gay Street finish line as the criteriums.

The modified course means the women will race 10 laps rather than nine laps this year, for a total of 109.4km (68 miles), four kilometres shorter than before but with an extra pass of the Sherrod Hill climb. The men take on two additional laps this year, a full 17 laps for 186km (115.6 miles), which is just 4.7 fewer kilometres than before. The women will begin at 9:00 a.m. local time while the men will start at 1:15 p.m.

Samana Vayu: Imbalance Symptoms and How to Balance It

Chunky Monkey in a Vanilla World