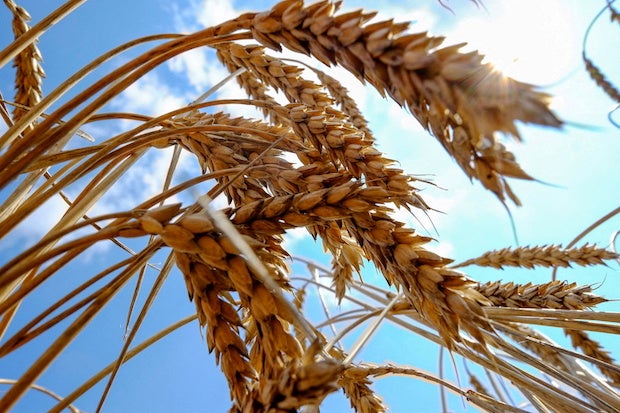 Wheat is seen in a field near the southern Ukranian city of Nikolaev, July 8, 2013. (REUTERS/Vincent Mundy/File Photo)

LVIV, Ukraine — Ukraine’s state-run railway operator is ready to organize agricultural exports by rail as a matter of urgency, it said on Sunday, after the closure of the country’s Black Sea ports because of the military invasion by Russia.

A major global agricultural producer and exporter, Ukraine has historically exported its grain, vegetable oils, and other food products by ship.

“This situation causes problems not only for Ukraine. The share of Ukrainian grain on the world market is 11%, the share of sunflower oil is 55%,” Ukrainian Railways said on social media.

“To prevent the global food crisis and save Ukrainian exports, Ukrainian Railways is ready to organize agricultural products delivery by rail urgently.”

Ukrainian Railways said that it might deliver grain to borders with Romania, Hungary, Slovakia and Poland, from where the grain can be delivered to ports and logistics hubs of European countries.

The rail operator can deliver 150 grain carriages per day to Romania, 45 to Poland, 17 to Hungary, and 60 to Slovakia, with up to 70 metric tons of grain loaded on each carriage, it added.

The agriculture ministry said Ukraine had exported 43 million metric tons of various grains in the 2021/22 season as of Feb. 23.

The APK-Inform agriculture consultancy on Saturday said Ukraine’s 2022 spring grain sowing could be limited by the Russian invasion and potential shortages of fuel and seeds.

Ukraine usually starts spring sowing in late February or March. The country is a traditional grower of winter wheat but also plants a significant area with corn, which sows in spring.

Ukraine and Russia: What you need to know right now

S2 – 9: How to Heal Emotional Eating with Tricia Nelson

How To Cook Lobster Tail