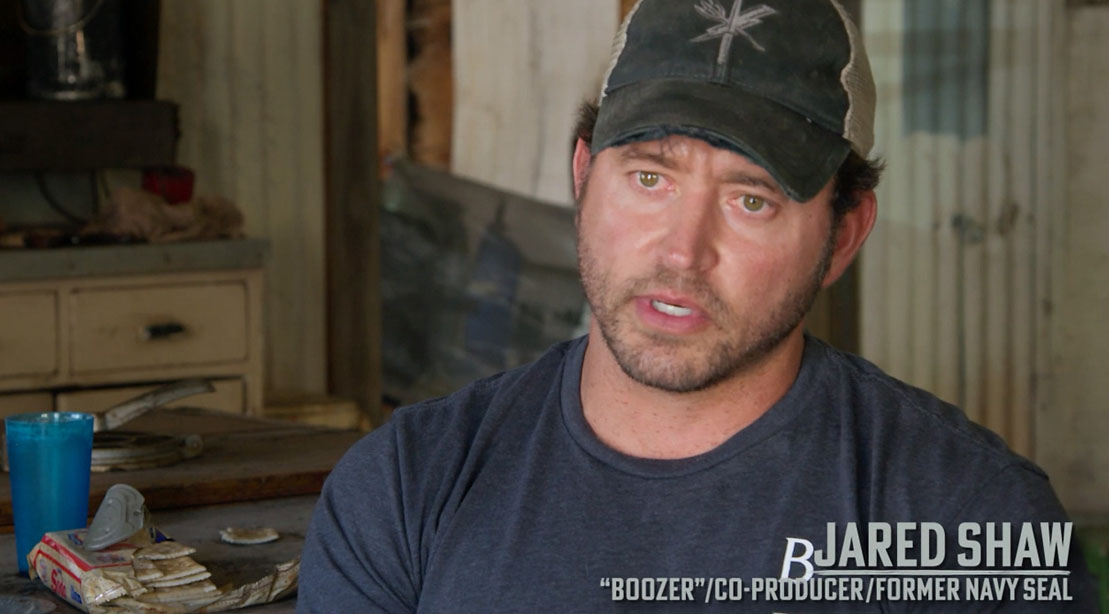 “The Terminal List” is Amazon Prime Video’s latest big-budget offering, streaming now, and is based on the acclaimed novel written by Jack Carr, a Navy SEAL. Chris Pratt stars as James Reece, a Lieutenant Commander thrust deep into a conspiracy when the rest of his team are killed during a disastrous mission.

The process of shooting “The Terminal List” would require Pratt to dig deep in order to show his heartfelt respect to the real-life veterans who were brought on set, because everyone involved with The Terminal List wanted for each episode to look as authentic as possible. Fortunately, Pratt’s long-time coach Jared Shaw, also a former Navy SEAL and one of his closest friends, was up to the task of getting the “Jurassic Park Dominion” star into shipshape for his latest showstopper, which is streaming now on Amazon.

In teaser videos released by Amazon Prime Video, Shaw had said that director and executive producer Antoine Fuqua demanded authenticity for “The Terminal List.” “As a former operator, being in the SEAL teams, we’re doing what we can to try and make it as real as we can.” Pratt agreed with the sentiment, saying: “I hope that it’s evident that we care deeply about this community. We really wanted to honor their sacrifice and what they stand for.” In an exclusive chat with Muscle & Fitness, Shaw explains how he worked with Pratt to make that happen.

Jared Shaw, who is originally from El Paso TXm, and ran track in high school, fell in love with the idea of becoming a Navy SEAL when he saw a pamphlet advertising for new recruits at the age of 16. “It said: ‘So, you think you’ve got what it takes to become a Navy SEAL?’” he recalls. “I read that, and I knew in that moment that this is what I’m going to do.” In all, Shaw spent 11 years in the military. He first met Pratt on the set of “Zero Dark Thirty” where he was instructing SEAL training for that production. After working together on that film, they became buddies and later, when Shaw left the military, he eventually became Pratt’s preferred personal trainer.

“I do everything with him,” says Shaw. “The restricted calories, slimming him down, whatever it is, and the workouts. I do every bit of it with him because it is always better to have somebody [with you] when we ‘embrace the suck.’ We call it embracing the suck. You get in there and you do it, and if you have somebody in that grind with you, living it, it makes it a little bit easier.”

Stay Ready to Be Ready

When not in the middle of a project, both Shaw and Pratt stay somewhere around 80% of the training and diet that they might undertake to prep for a shoot. This allows them to stay ready and reduces the work needed to get back into shape when the camera’s roll once again. “You can cheat here and there but we stay on it.” Says Shaw, who also appreciates the fact that he has a dialogue with Pratt’s famous father-in-law, the one and only Arnold Schwarzenegger. “He put it best, he told us one time: ‘hey, always stay 6 weeks away.’

Within 6 weeks you can be in peak shape, so that’s something that made all the sense in the world to me.”

Intermittent fasting is also a staple. “We do eight hours of eating, and then 16 fasting,” says Shaw. For scenes that require Pratt to look ripped on camera, that fasting window may increase to 20 hours. But a 20-hour fast is held back in reserve and very rarely used because Shaw says that Pratt’s body responds well to eating clean and putting his all into workouts.

The workouts that Shaw had Pratt undertake were not dissimilar from the types of exercises that the SEALS would genuinely perform. “When we go overseas, we don’t have good gyms, sometimes we don’t have anything except maybe a pair of dumbbells if we are lucky,” he says. So, in order to help mirror the physique of a Navy SEAL, Pratt would do programs involving pull ups, pushups, and squats.” This style of short but impactful workout was important as it could be fitted around the demanding shooting schedule of The Terminal List. Shaw focused on bodyweight exercise and added runs into the mix when logistics allowed for it. “It’s very similar to how it is for us overseas so he kind of embodied that, and it worked out great.”

“We call it frogman Fridays,” says Shaw. “We would have him in his kit; the stuff that he would wear on the show, you know the body armor and magazines and all of that, and he would do the workout in that to add some extra weight, to really drive it home on a Friday and then go rest on the weekend and then come back. We’d throw some burpees in there as well, or 8-count bodybuilders as well (movements performed to a counting beat), which is a big exercise that we do in SEAL training. It’s not fun.”

Running around Jurassic Park wielding a rifle is one thing, but passing what Shaw calls the “sniff test” among genuine SEALs on set is another deal entirely. “It’s kind of two-fold. You’ve gotta have the physical capabilities and conditioning, but then also be able to move and look kind of the real deal of a special operator, of a SEAL,” says Shaw, who is also in “The Terminal List” cast and plays the role of Ernest “Boozer” Vickers. Ray Mendoza, who was also a Navy SEAL acted as a lead tech advisor and spent time with Pratt, Shaw, and other cast members to make certain that everything looked right, focusing on every detail from the way that they walked, to the way that they moved around corners. “[Pratt] is very fluid, so it looks good,” says Shaw.

While preparing for “The Terminal List” was a seriously tough challenge, Pratt and Shaw’s partnership once again knocked it out of the park. “Chris is just such a light-hearted, funny, good dude all the time,” says Shaw. “With his crazy hours and crazy schedule, he maintains that discipline. When we have to be at 100%, if there’s a shirt off scene of a physical scene or whatever, when we have to really lock it in, he’s dedicated … you couldn’t have a better workout partner than Chris.”

“Aren’t You Lonely?”: I Get That Question a Lot