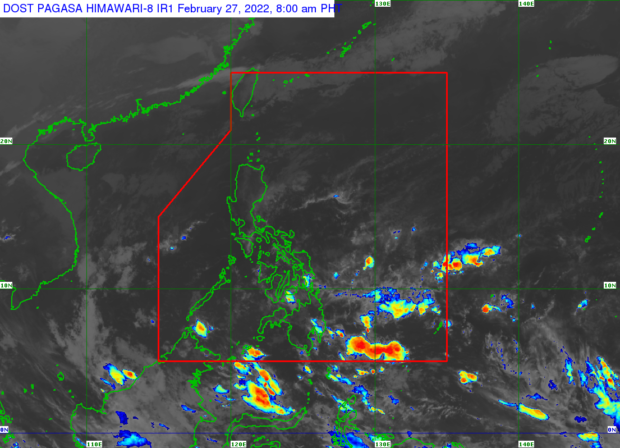 MANILA, Philippines — Localized thunderstorms are expected nationwide on Sunday due to the effects of the easterlies, according to the Philippine Atmospheric, Geophysical and Astronomical Services Administration (Pagasa).

(In Luzon, expect some localized thunderstorms caused by easterlies, there are also chances of rain showers, especially in the afternoon and evening.)

(In Visayas and Mindanao, we do not expect widespread rain, only localized thunderstorms due to the easterlies.)

Duran likewise said that no weather disturbance is expected to enter or form within the country’s area of responsibility on Sunday.

Despite this, a gale warning was raised over the eastern seaboards of Northern Samar and Eastern Samar.

Moderate to rough sea conditions are in the rest of the country’s coasts.

Temperature range in key cities/areas according to Pagasa for Sunday: