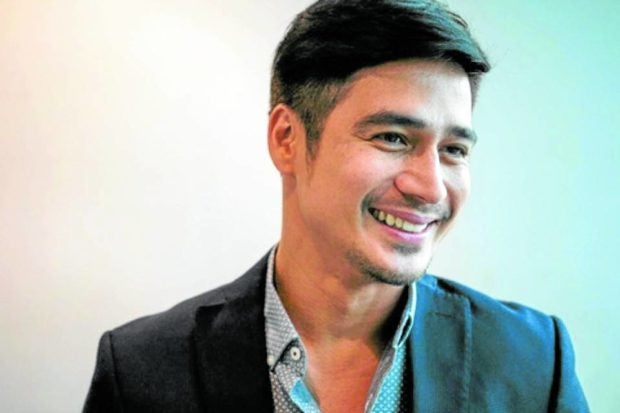 Actor Piolo Pascual wouldn’t have ended up being one of the most sought-after actors in local Tinseltown had he not made that all-important decision in 1998 to pack his bags and leave the United States to pursue his dream “of making it in the acting field.”

“I was only 21 then. I didn’t know what to expect. I said this might be my one and only shot at it, so I flew to Manila to take my chances. Looking back, I can safely say the risk I took was all worth it,” said Piolo, who is also a film and TV content producer, in a recent interview.

Piolo said that this was why when the COVID-19 pandemic hit and the entertainment industry became the most affected, the situation made him feel anxious. “It became hard to move around and get to places you’re supposed to go to. You’re stuck at home and are worried about the health of your family,” the actor admitted to Inquirer Entertainment.

Eventually, Piolo said he learned to cope by engaging in self-care activities for his mental and physical health. “I’m very fair to myself. I don’t like the feeling of deprivation. I believe in balance. I had just come from a two-week taping bubble for a show. As soon as I came out, I rewarded myself with a bag of chicharon. Once in a while, you have to indulge,” said Piolo, who is also a triathlete. “As long as you are able to clock in workout hours, it’s a nice feeling to reward yourself especially during the pandemic when you don’t have to live a certain way.”

He further said: “There were times also when I feel sluggish and don’t want to work out. I would give myself a day off, or two, and then I would get back on my feet. Another thing, make sure the mind is always fresh. Release all the negativity. Practice self-love—that’s how you can encourage other people to live with a positive outlook.”

Piolo considers himself lucky because none of his loved ones was infected by the virus. “God has been so good to us. Resilience—it’s important nowadays to have this quality because we often get affected by what’s happening around us, mentally and physically. It’s important to learn as much as we can about the health crisis. I was there for my mom. I made sure she feels safe and doesn’t feel alone, especially during the series of lockdowns we had.”

Asked for his advice on overcoming uncertainties, Piolo said: “Be practical. Be like me; I started saving up early. When you’re young and you start earning your own money, of course, you get excited. You start thinking of things you want to get for yourself. But, first, you need to think of your future. Yes, celebrate the moment but keep a portion of your income, which you can enjoy later on. You’ll see, it will all be worth it. Twenty years down the line, you and your family will be reaping all the rewards.” INQ

What the Heck Is Mankai® and Why I Love It!