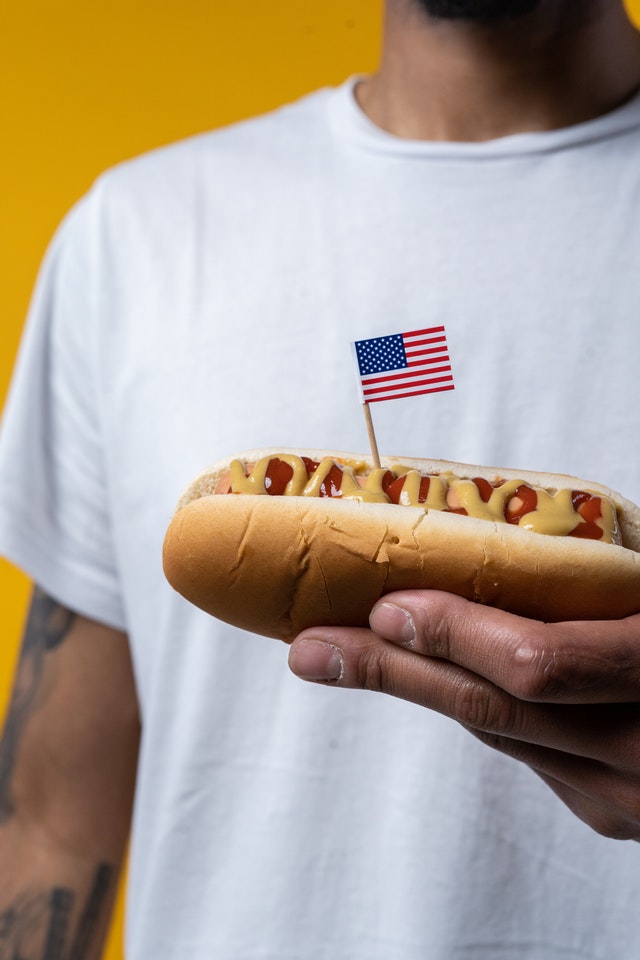 Although hot dogs are one of the favorite American snacks, not many people know much about them and their history. Likewise, not many foods have been seen as uniquely American as hot dogs. Indeed, the hot dog has gone so deep into the culture of the USA that it is difficult to imagine an average American not eating this famous snack. As such, the hot dog keeps evoking the images quintessential to Americans. Nevertheless, the very story of hot dogs has not been spoken about enough so even the most avid eaters are not fully acquainted with it.

To that end, if its story has not reached you yet, it is high time you checked out some awesome information on the history and interesting facts about America’s favorite snack!

The Hot Dog Is Older Than You Might Have Thought

Who would say that a common American snack that is so popular nowadays is in fact older than two thousand years? Nevertheless, a sausage similar to that you find in your hot dog was actually mentioned in Homer’s famous Odyssey. This, however, tells us much about the history as well as the origin of the hot dog. Now that we have evidence that sausage was eaten in the 7th century BCE makes one love hot dogs even more.

Nonetheless, it should be mentioned that despite this, there are some historians who claim that the first hot dog, close to the one we know today, was actually not made before the 1st century CE. According to a legend, an emperor’s cook accidentally poked a roasted pig that was not previously cleaned well, so that the pig’s intestines fell out and he came to the idea of putting meat in the casing. This way, he claimed that he made a discovery, which would fascinate all the cooks and meat lovers. Later on, this food recipe traveled much around Europe, reaching Germany and Austria, then coming to American soil as well.

The Hot Dog Has Its Own Celebration Day

The fact that hot dogs have become part of American culture speaks volumes on how important it has become to Americans. Not only this, the hot dog has been loved so much that it has been devoted to a special celebration day. In that way, the month of July has been seen as a month of hot dogs, where Americans celebrate and eat this delicious snack. All this comes to an apex on the 23rd of July, which is known as Hot Dog Day! If you are eager to find more fascinating facts in greater detail, make sure you check it out at www.thehotdog.org, and remember, the more you know about your favorite snack, the more you will enjoy and appreciate it! After all, it’s one of the world’s most popular snacks that makes your taste buds dance!

An Average American Eats More Than 60 Hot Dogs Each Year

Did you know that the National Hot Dog and Sausage Council (NHDSC) has made estimates that indicate that each year more than 20 million hot dogs are eaten in the USA alone? Striking as it may sound, this implies that on average, an American eats more than 60 hot dogs per year. This certainly says a lot about how loved and popular this snack is!

The statistics show that mustard is the most widely used and thus favorite topping on the hot dog. The second place goes to ketchup, which is also popular among hot dog fans, but especially to children, who like it better than mustard.

Why Is It Called A Hot Dog?

The very term hot dog has been a subject of much speculation for years. Some claim that it was coined at the beginning of the 20th century, while other sources maintain that it was actually used much before the 1900s. As regards the very name, some say that a vendor did not know how to pronounce or spell “dachshund”, so instead, he chose to simply call it a hot dog.

No matter how much we know about the hot dog, it seems there are still more questions than answers about it. Wrapped in mystery as it may look like, the hot dog continues to amaze us every day. Likewise, just like a hot dog, history keeps fascinating us. With so many details that we could have never thought about, it continues to amaze us and tell us how much we actually didn’t know. But one thing is for sure, the hot dog was and remains one of the most popular and delicious foods that always makes us happy and leaves us with stomachs full of joy and good old taste.

5 Proactive Steps To Speed Up The Recovery Process After Surgery

10 Best Low Carb Vegetables to Include in Your Diet