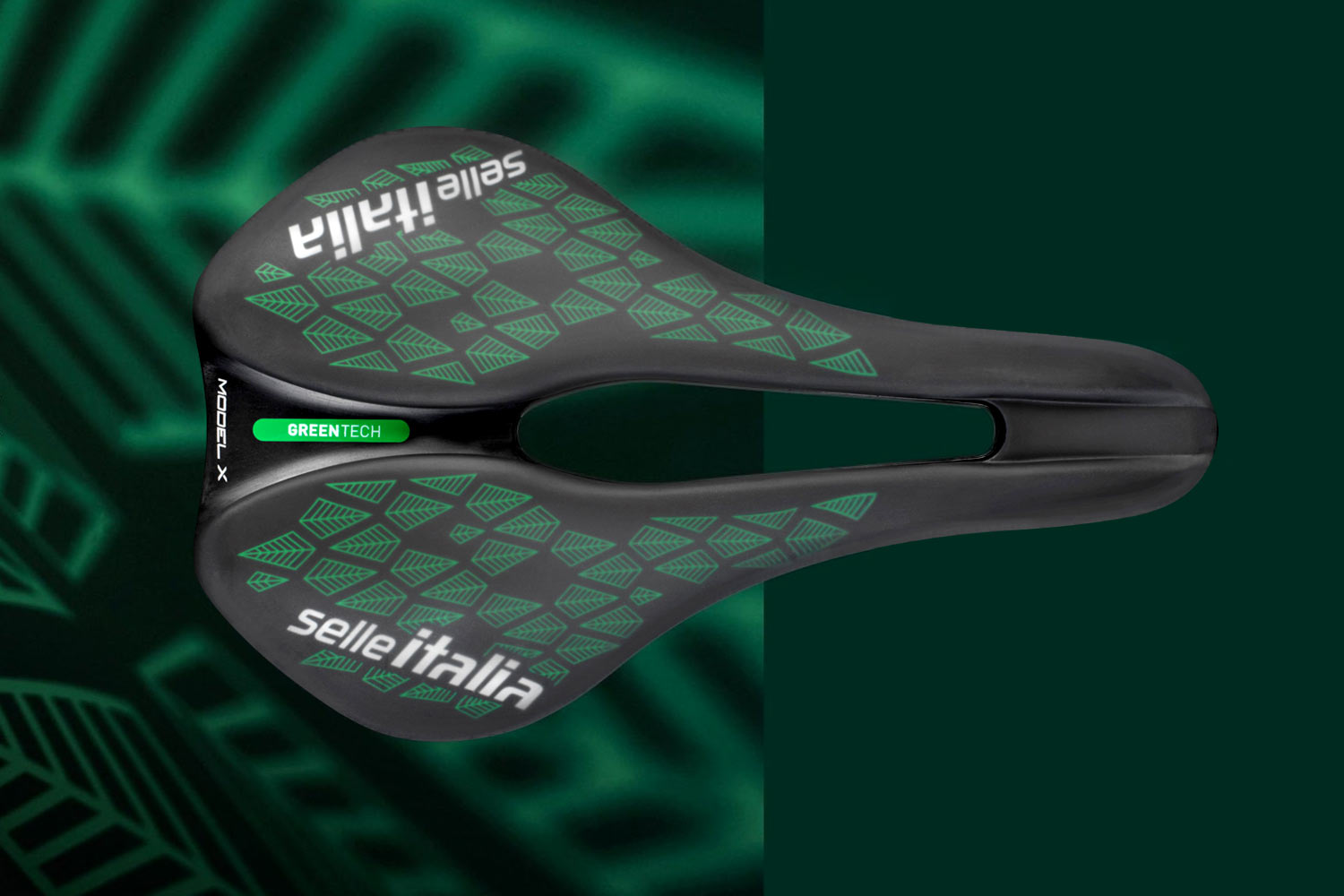 Selle Italia’s new Model X Leaf expands their eco-friendly and affordable Greentech saddle line-up with another new look. But it is the quietly released new Novus Boost EVO Superflow that really reinforces the idea that the simplified, automated & entirely made-in-Italy manufacturing process could shake-up how Selle Italia makes saddles from the entry-level to high performance…

The new highlight of Selle Italia’s sustainable GreenTech made-in-Italy saddle manufacturing is the new Model X Leaf. A simple update to the Model X Green that launched last spring, the only real difference is the new cover that drops the subtle perforated look of the original in favor of a new leaf-pattern to highlight the ‘green’ character of the saddle.

In fact, there is a small technical change, as the new Selle Italia Model X Leaf does add new anti-bacterial treatment incorporated into the updated padded top.

The key environmentally-friendly manufacturing aspect remains the same – the saddle is “free from pollutants” made without harmful adhesives or chemical resins. Instead the three individual elements – steel alloy rails, reinforced plastic/composite shell & “total gel” foam padding – are each co-molded on top of one another. The mechanical connection between layers (without glues) is a cleaner manufacturing process and also means the saddle can be broken apart at the end of its life-cycle to be recycled. 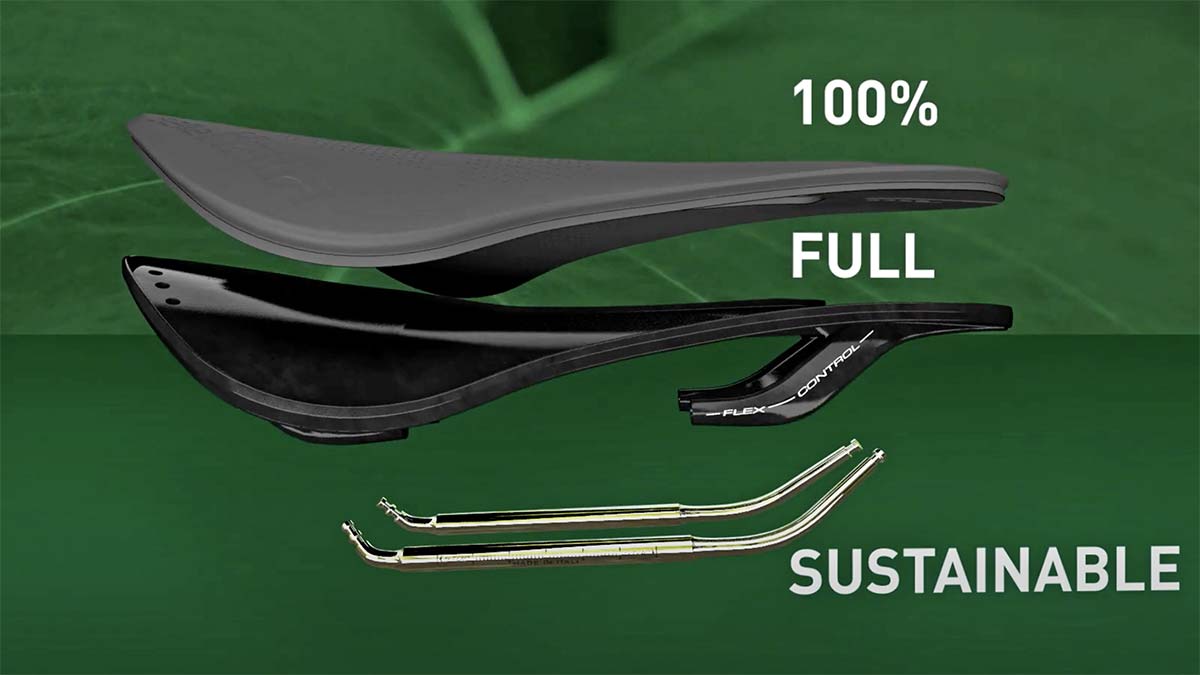 Selle Italia even says that all of the extra waste material during production, gets recycled right back into the next batch of saddles.

The entire process is faster, more automated, less labor-intensive, and requires less energy. That makes the Greentech saddles cheaper to produce, and allowed Selle Italia to bring their manufacturing back to Italy, further reducing the embodied energy & environmental impact of their production. The entire patented manufacturing process now occurs within a 15km circle from Selle Italia’s HQ. 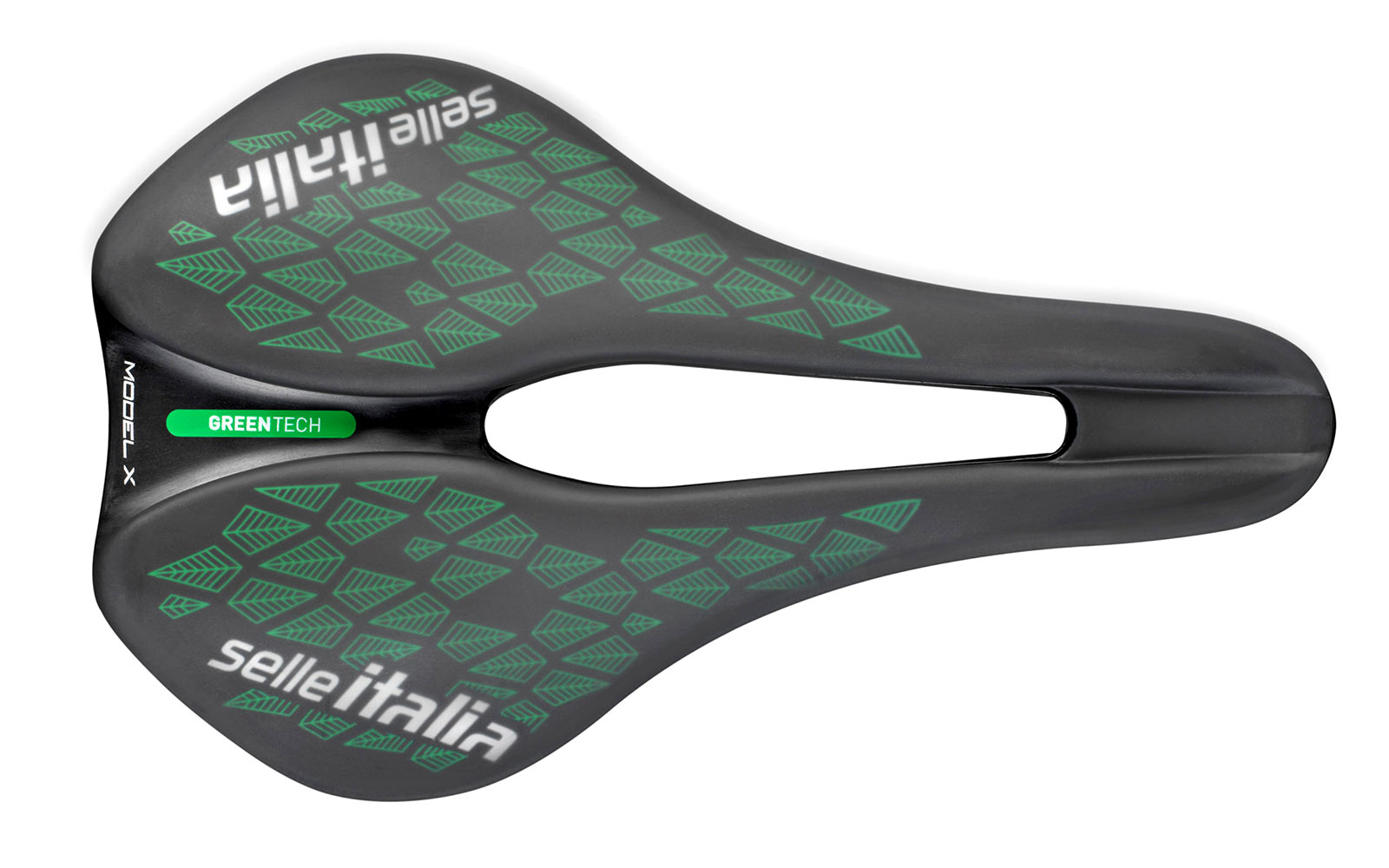 The new Selle Italia Model X Leaf comes in the same waved-top, short & wide L3 Boost shape as the original (145mm wide x 245mm long) with a full-length SuperFlow cutout. It still weighs 315g with round steel rails making it a heavyweight compared to other performance road saddles, but your wallet will be lighter with its $60 / 60€ pricetag. 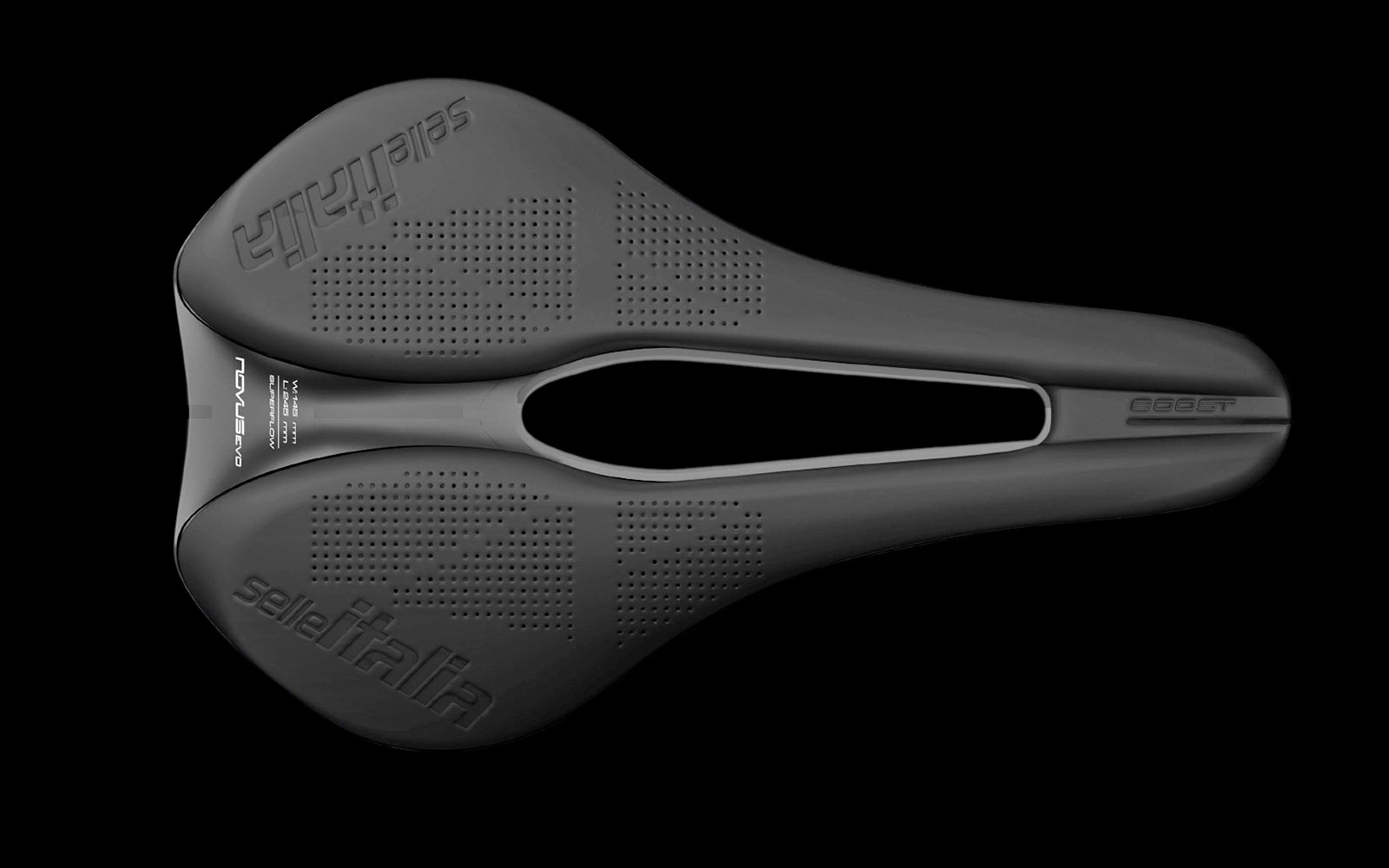 Using a similar wide curved fit to the Model X, the 145x245mm L3 Novus Boost Evo looks to be almost exactly the same shape. But what is most notable is that the Novus Boost Evo comes in four spec levels – with steel, tubular manganese, tubular ti, or full carbon rails and from 80-270€ price points.

And that cheapest version – the Novus Boost Evo Superflow – uses the same 3-piece mechanical construction as the Greentech saddles (even if Selle Italia doesn’t hype it). And while the mid-spec saddles are made overseas, the entry-level is made in Italy with the new automated, eco-friendly manufacturing process.

Most notably too, the 80€ Selle Italia Novus Boost Evo Superflow endurance saddle is just 246g, presumably thanks to a more advanced composite base material that likely isn’t as recyclable. It’s still not a superlight saddle, but at 69g less it’s 22% lighter than the Model X while using much of the same core technology. And it’s still pretty cheap. Plus, it costs less and is 19g lighter than the Asian-made version with manganese rails. 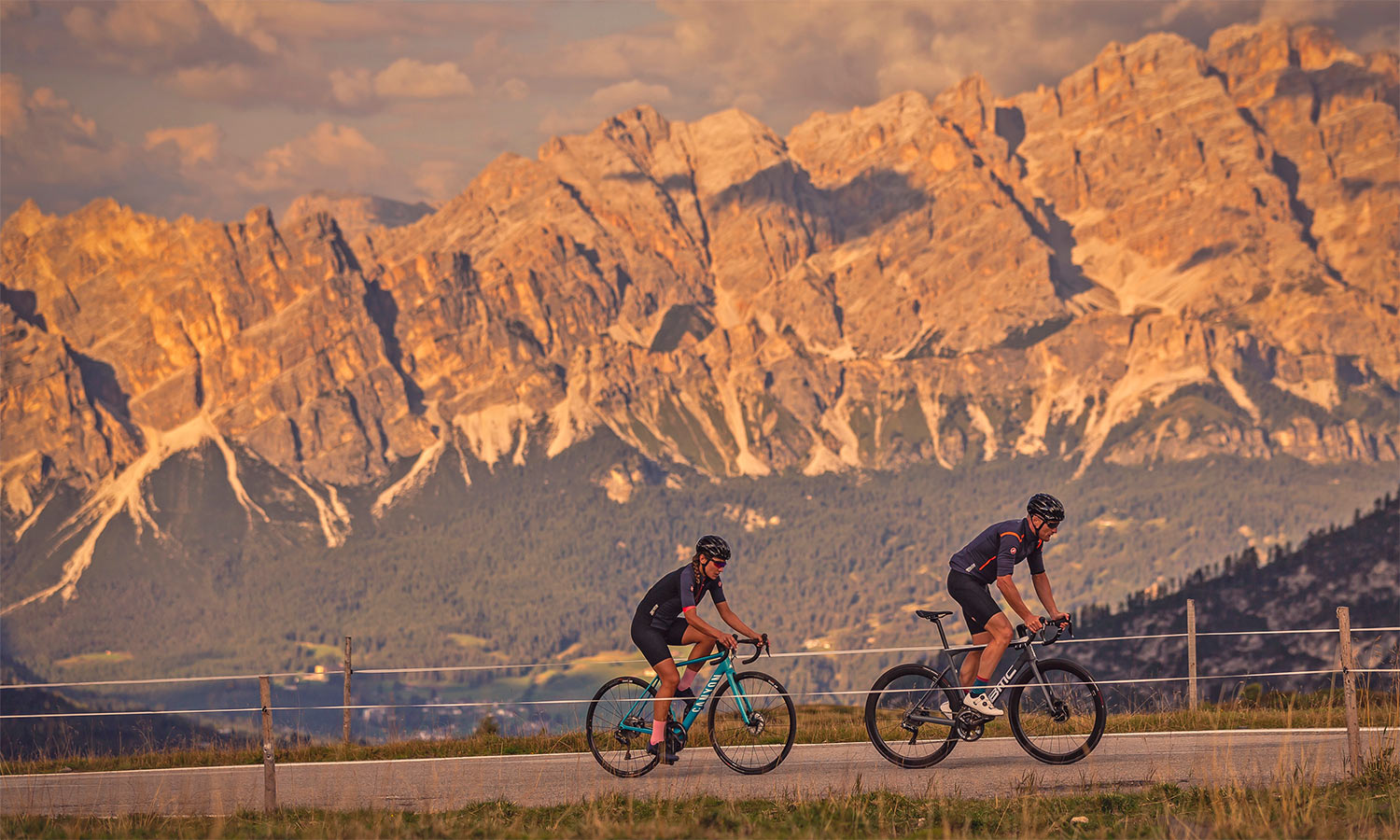 Looks like our prediction of more affordable, made-in-Italy saddles from Selle Italia is coming true. And will likely expand at this affordable to mid-priced performance level.

How the sports world is addressing Russia’s invasion of Ukraine

Senators prospect Sanderson back with Team USA for Olympics