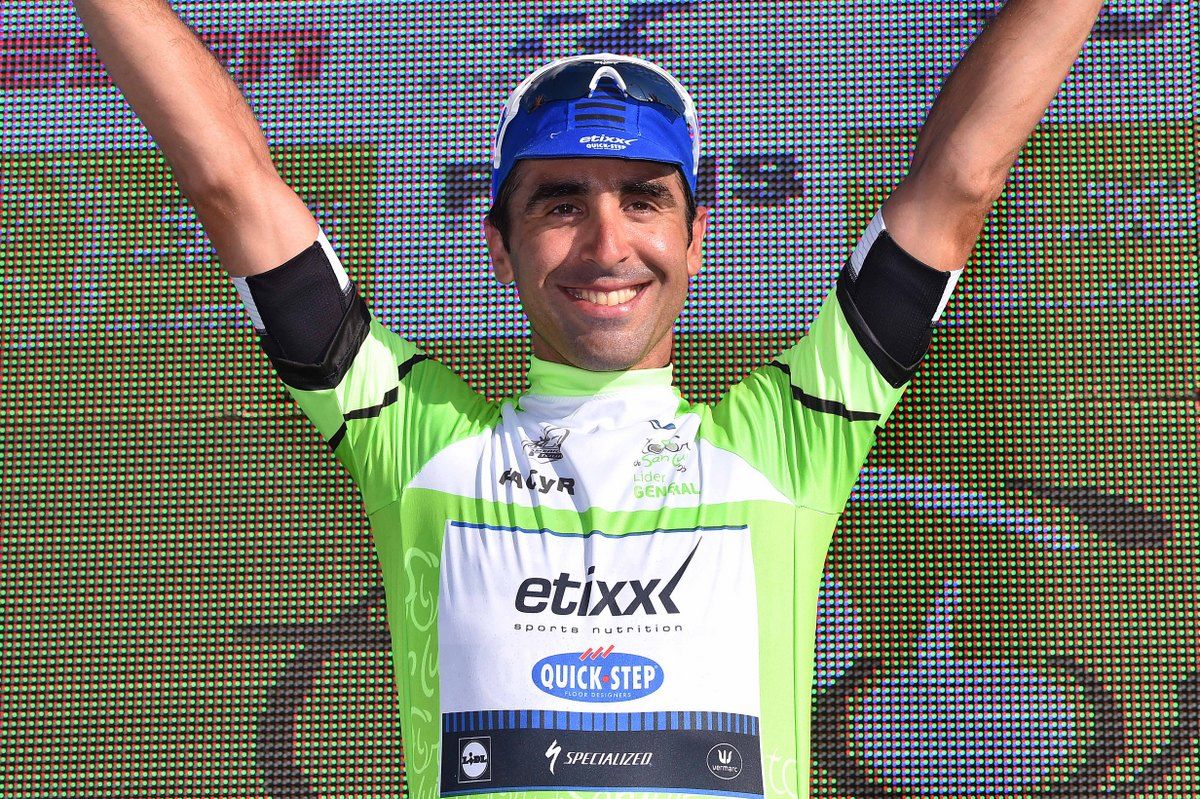 With no room for Maximiliano Richeze at UAE Team Emirates in 2022, the 38-year-old Argentinian is preparing for the possibility of retirement after 17 years in the sport.

Speaking to Diario de Cuyo, Richeze said he has spoken to a few WorldTour teams but if he can’t find a contract he would more likely retire than take a deal with a lower-level team.

“At my age I need motivation and clear goals to train and do things well, so if you go down in a category you lose your will and morale,” Richeze said. “If I were 10 years younger I would say yes, I would downgrade to continue racing but at my age I already raced as much as I wanted and one more year or one year less will not change my life. I didn’t think about retiring this year but I’m starting to analyze it a little more.”

Richeze won two stages of the Giro d’Italia early in his career with the Italian Ceramica Panaria team but made his name as one of the top lead-out men in the sport, first with Quickstep where he worked for Marcel Kittel and later Fernando Gaviria, then followed the Colombian to UAE Team Emirates in 2020.

Before the pair could hone their new sprint train, both Richeze and Gaviria contracted COVID-19 during the UAE Tour and spent weeks in quarantine in 2020. Since that time, the results have not quite come.

UAE Team Emirates kept Gaviria and reinforced its sprint team with Pascal Ackermann and Alvaro Hodeg after the departure of Alexander Kristoff and Sven Erik Bystrøm to Intermarché-Wanty Gobert.

Richeze said he is still enjoying cycling and was ready to race another year but was philosophical about the prospect of retirement.

“I’m already 38 years old, the idea was to continue one more year because I feel good but in case I don’t get a team and I have to leave this year, it won’t be a problem either. One more year could help me to prepare myself psychologically for retirement because I think the athlete always has to prepare for that. Anyway, I can’t ask for anything more, I’m happy with my career. At 38 years old I got as far as I did and I was able to fulfill many dreams.”

Those dreams included success in Europe – with his two Grand Tour stage wins, a stage of the Tour de Suisse, three stages of the Tour of Turkey, and a trio of stages in his home race, the Vuelta a San Juan, but his highlight was wearing the 2019 national champion’s jersey.

“I was able to race and win many things, maybe not so much on a personal level, but working for my teammates we have won a lot, one is always part of it and contributes his grain of sand for those victories. What more can I ask from my career? I gave it my all, I have nothing left to give, I always gave it my all.”

Richeze’s final race, pending contract negotiations, may be the Doble Difunta Correa in San Juan, a New Year’s tradition that is in its 65th edition, which he won in 2018.

“For me it’s the most important classic in Argentina, a historic, traditional race, and that is reflected in all the riders who go to race it. It’s always nice to be there, racing it. Winning it was very special for me. I try to do my best every year, I always go with the intention of doing well or trying to win it but we know it is very difficult because I come from the pre-season in Europe, it is the first race and the guys in San Juan are already in full season.”

Third Person Living With HIV Has Been Cured by Transplant