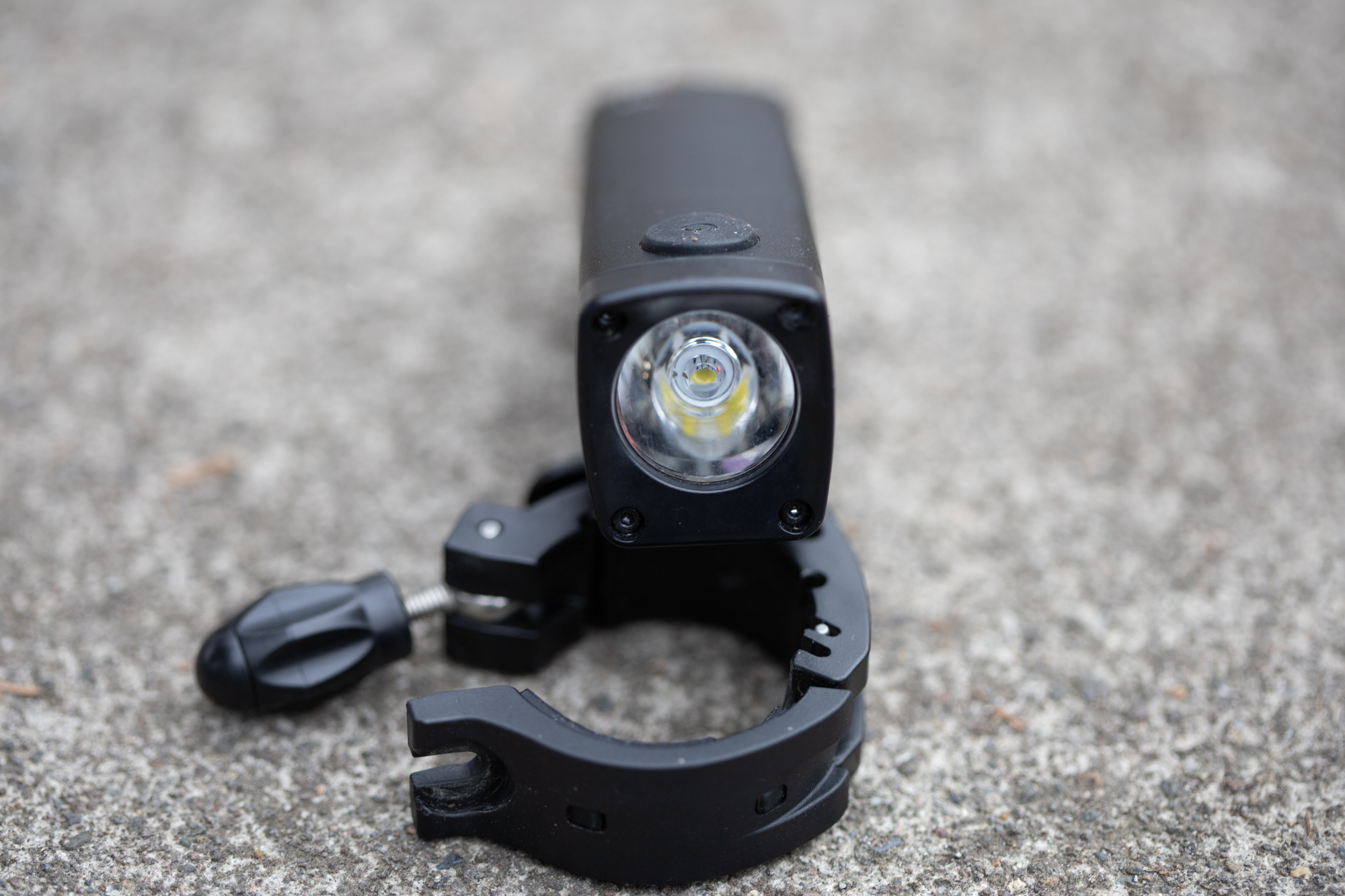 (All images by Josh Ross for BikePortland)

Welcome to the final piece in my series of light reviews!

Back in November, I covered the Lifeline Pavo Motion 2400 which I shared because of its bargain price for an impressive power rating. Then I covered the Giant Recon HL1800 which was all about its powerful front light and exceptional mounting system (it has in-the-box options for GoPro mounts as well as the ability to deal oval shaped aero handlebars).

The last light is the Bontrager Ion Pro RT which is the least powerful but also the least expensive and the most convenient to mount.

If you mostly ride in the city or think of yourself as a “commuter”, the Ion Pro RT is probably the most sensible choice of the three. It’s plenty powerful enough and it’s unlikely to turn on accidently if you throw it in a bag every day. The significant price savings ($140 compared to $175 and $170 for the other options) is also going to be a draw. Another bonus? In Portland it’s very easy to get Bontrager products given that all the Bike Gallery locations are now Trek stores (and Trek owns Bontrager).

What does it offer? 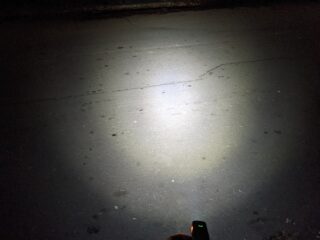 The Ion Pro RT is a 1300 lumen light with a single LED set in the front. There’s a significant overhang at the top of the light but it does not modify the light pattern as it radiates from the tight central beam. Either side of the housing has an orange lens that lights from the spill off the single bulb. The side markers are not major light sources but they do help with keeping you visible from the side.

The size of the housing is officially 102.5 L x 30.2 W x 34.7 H (mm) but the simple, long, three-dimensional rectangle feels small compared to the other two lights. It’s much more akin to lights in the 1000 lumen range and isn’t much different than the smaller 1100 Recon from Giant. The charging port sits on the bottom at the front and uses a micro-USB connector set deep into the plastic behind a thick rubber seal.

The battery is a 5000 mAh unit that gives a burn time on par with typical 1000 lumen lights but with a few extra lumens. That means 1300LM will last 1.5 hours, the 800LM setting will net you 3 hours, 400LM 6 hours, night flash 26 hours, and day flash 22 hours. Charging from dead takes 7 hours and the light will operate while charging but, of course, it’s not waterproof with the port open. 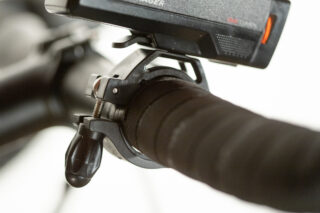 On the bottom, behind the charging port, is where you’ll find the mount. The light itself slides on and off and it’s considered blendr compatible. Blendr is a Bontrager/Trek system that integrates with Blendr stems and allows for an easy way to mount GPS head-units, phones, lights and cameras. It’s a nice addition but it’s not included in the box. In the box is a clamp that fits bars from 25.4-35.0mm. For standard road bars there’s plenty of room to quickly clamp over the bar tape.

In terms of integration, there’s one more interesting detail. If you’ve got a Garmin computer with the ability to control lights, the Ion Pro RT will pair with it. The Giant Recon also has that ability but it’s not supported by Garmin. For this Bontrager option Garmin goes so far as providing a support article on how it works. It’s probably not a big draw but it’s a nice detail if you have everything that makes it work.

The one thing that really sets Bontrager lights apart is their research into daytime lighting. If you want to run a light during the day for better visibility Bontrager claims their blink pattern is a significant improvement over the competition. There’s no way I can verify those claims but no one is disputing it and no one else seems to even be trying to compete on that point. If you want to check out the claims and dig into the sources, they have a page dedicated to it.

Part of reviewing bike tech is collecting bike tech. I have a lot of lights and many of them are technically better. That said, this Bontrager Ion Pro RT is the light that I’ve used far more than any other over the years I’ve had it. The main reason for that is how easy the mounting is.

I don’t always keep a light mounted on my bars and when I need to grab one there’s nothing easier than the clamp that requires no tools and fits over the tape. I don’t have to move cables out of the way. I don’t have to adjust the angle then ride with it and make changes. Just clamp it on and if I’m riding and it’s not quite right, I can quickly make a change.

On the other hand, for me, the power button is a challenge. Turning it on requires a double press. That’s good for anyone who needs to put it in a bag and never worry about it turning on. It’s bad when you’ve been riding for 7 hours, it’s raining, and you can’t remember how to turn it on. That actually happened to me and at the time I used a different light. If you’ve only got one light it’s probably not an issue but it’s the only light I have that works like that and it’s something I always forget.

Once you remember how to get it turned on the light glows to show the battery left. Green is anything over 25% then red is 5% – 25% and a red flash is under 5%. At the point you see that red flash the light enters a power save mode and drops to 50 lumens for 30 minutes of battery life. Start charging it again and the colors also shift but starting with a red flash, then a yellow flash, then green flashing, and finally green steady.

At 800 lumens on medium power, you’ve got three hours of light. That power is what I consider the minimum usable on dark roads traveling at speed. The beam is once again a concentrated circle that doesn’t leak and won’t show much peripherally. Your world will narrow to a small spot as you travel through a dark world but it does what it needs to.

The Bontrager Ion Pro RT is the light I recommend to far more people than any of the others. If you ask me to get into details about the best light in a certain situation or specific specs then it never pops up. On the other hand, if someone says they need a light today and just need something that works then this is my recommendation. Overall, it’s not a rockstar in any one area. Instead, it does the job and it’s easy to use.

Negatives are small but there are a few things I don’t love. That power button double click to turn on and long press to turn off is confusing. Not everyone will agree with that though. Locating the charging port in front of the mounting bracket and on the bottom of the light is another one that I’m not a fan of. Also, it’s 2022, the charging port should be USB-C at this point.

Hope you’ve enjoyed this foray into headlight reviews. Next up I’ll share my thoughts on an e-bike conversion kit and a set of full-fingered gloves. Thanks for reading!

Josh Ross writes about products and adventures he takes with them. [email protected] and @josh_ross on Twitter.

Does Running Build Muscle? Yes, so does Weightlifting!