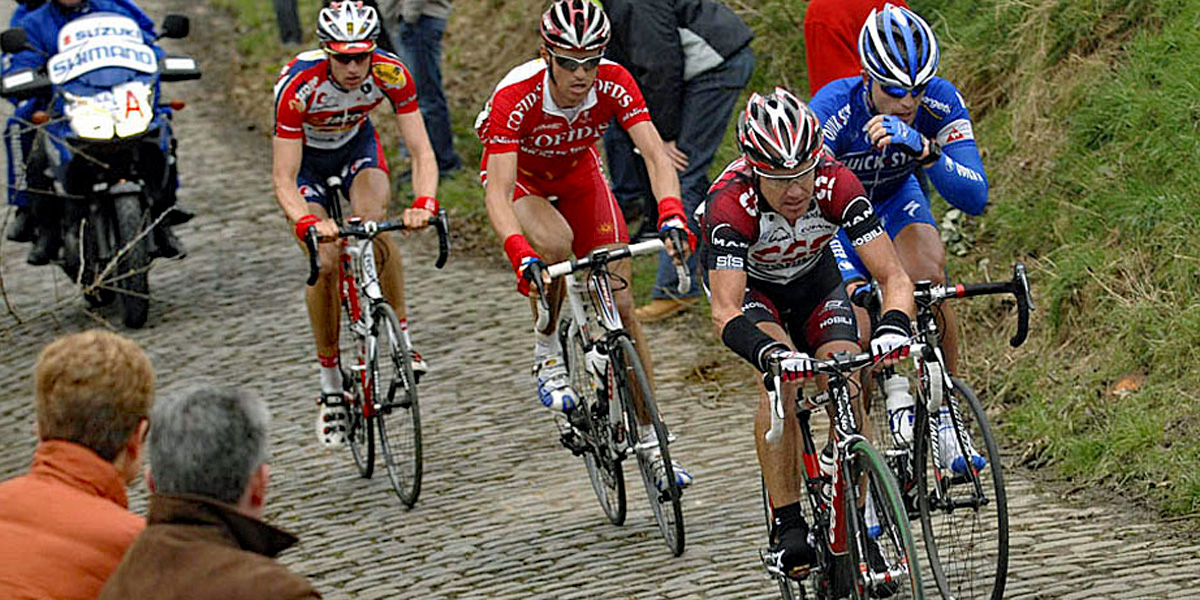 PeloPics: Saturday’s Omloop Het Nieuwsblad is followed by the semi-Classic, Kuurne-Brussel-Kuurne. The second race of the season opening weekend is just as much a Classic as any other Flemish race, but has always been the poor cousin, although the racing can equal or surpass many of the bigger races on the calendar.

In 2007 Tom Boonen won his first of three Kuurne-Brussel-Kuurne and became the record holder. There are quite a few double winners; Mark Cavendish, Andrei Tchmil, Jan Raas, Roger De Vlaeminck, Johan Museeuw, Hendrick Redant, Frans Verhaegen, Walter Planckaert and a few more, but ‘Tommeke’ successful holds the record. There are a lot of other big names on the winner list, including in 1978, Patrick Lefevere the man behind the present Quick-Step team and all its successful predecessors. 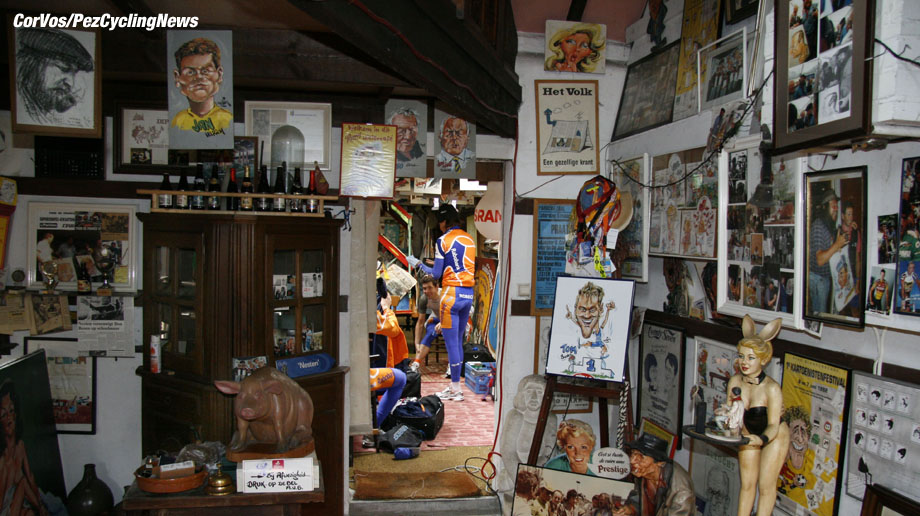 Back to 2007 and Tom Boonen. It wasn’t one of his best season, but he did win five stages of the Tour of Qatar and came second on GC. After Kuurne he took the E3 Prijs Vlaanderen, but he didn’t win one of the five cycling monuments, best place was 3rd in Milan–San Remo. The Tour de France was a high point with two stage wins and the points classification, the first Belgian since Eddy Planckaert in 1988 to do so. 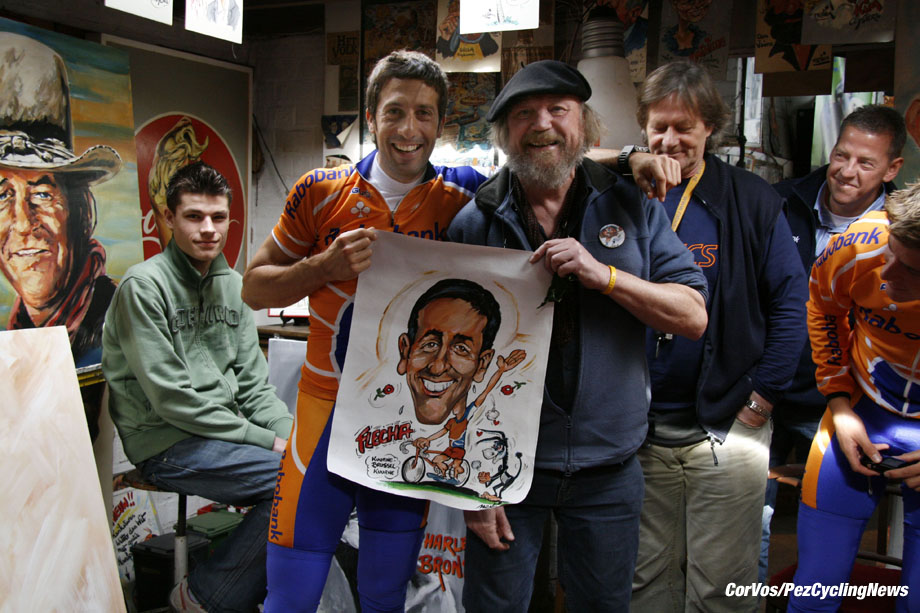 Juan Antonio Flecha received his portrait from the artist

The 60th edition of Kuurne-Brussel-Kuurne was held on Sunday 4 March 2007 in good weather conditions, for a change. 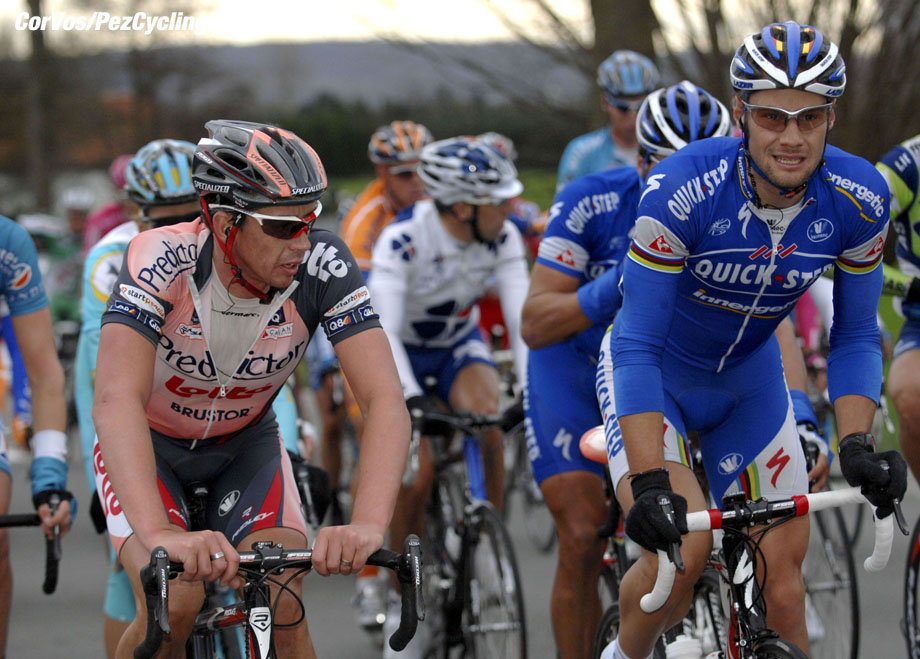 Not the usual cold weather for Leif Hoste and Tom Boonen 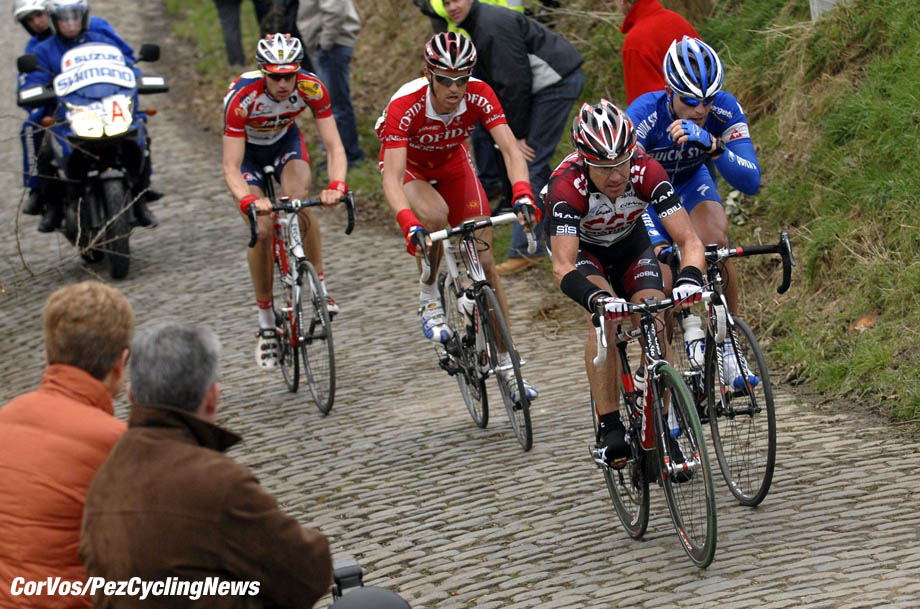 After the climbs, the peloton tried to close the gap, but without success. As the gap got smaller; Pronk and Van Hecke attacked, at first Rosseler tried to follow but failed. Due to the loss of Rosseler up front, Quick-Step went on the pursuit. Once the race was together Gert Steegmans pulled the sprint for Tom Boonen who won easily. 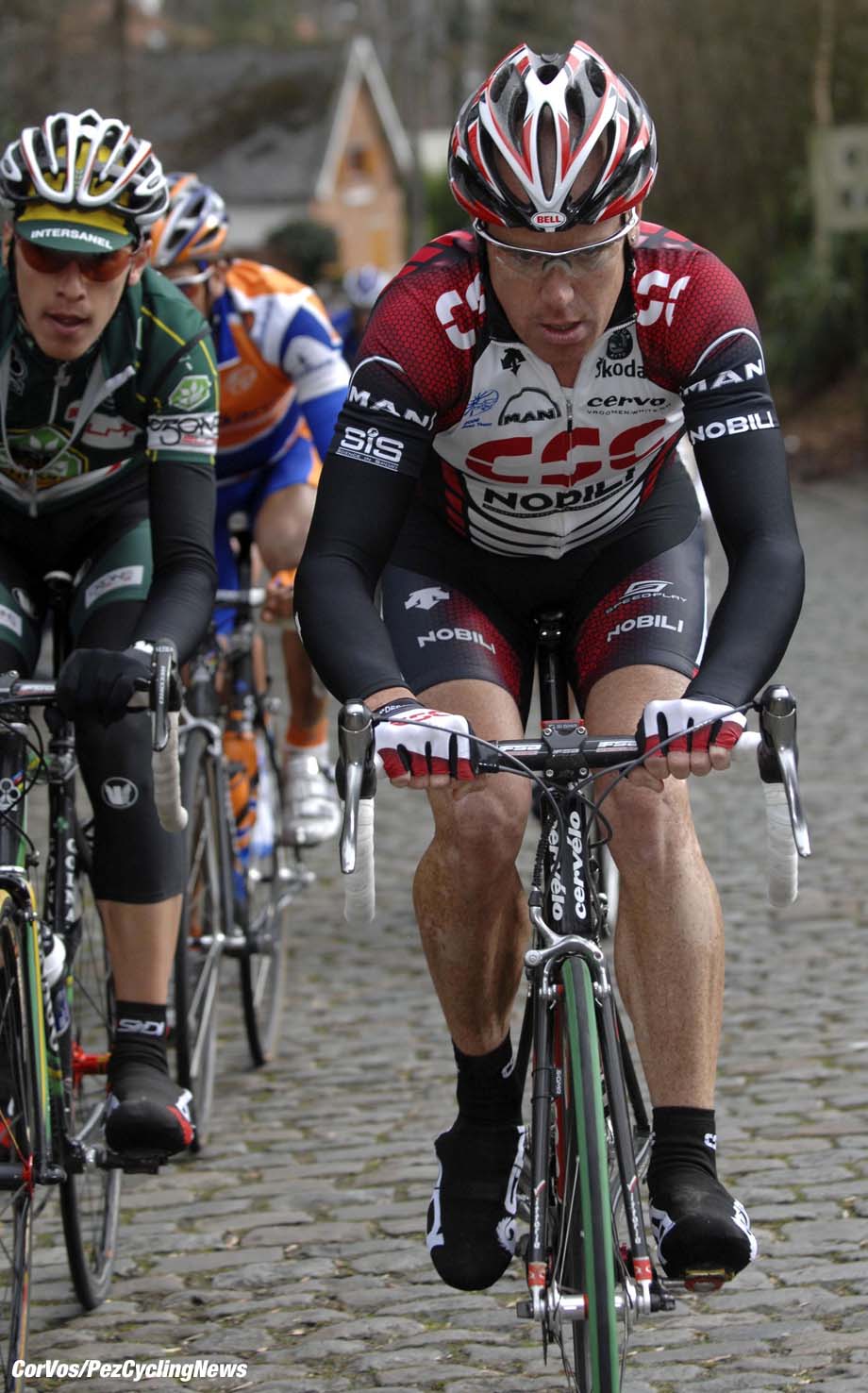 O’Grady was a hard Australian, and in Kuurne’07 he was one of the riders to chase down the early break 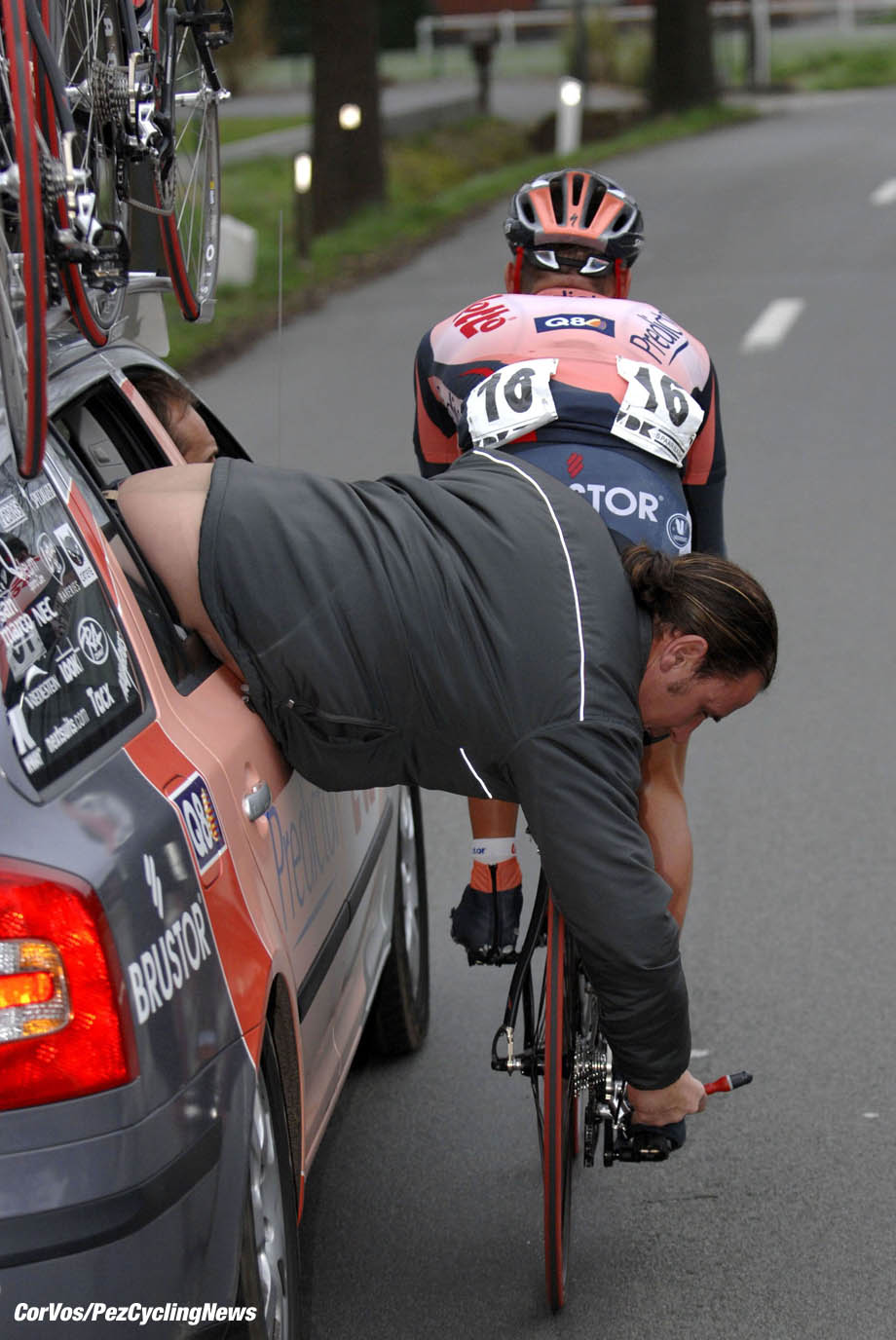 Belgium is not the best country to lean out of a team car. You need to hope for a smooth bit of road and hope it’s not raining 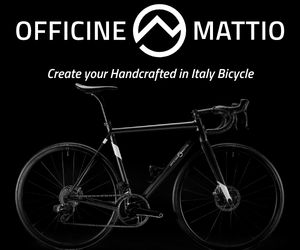 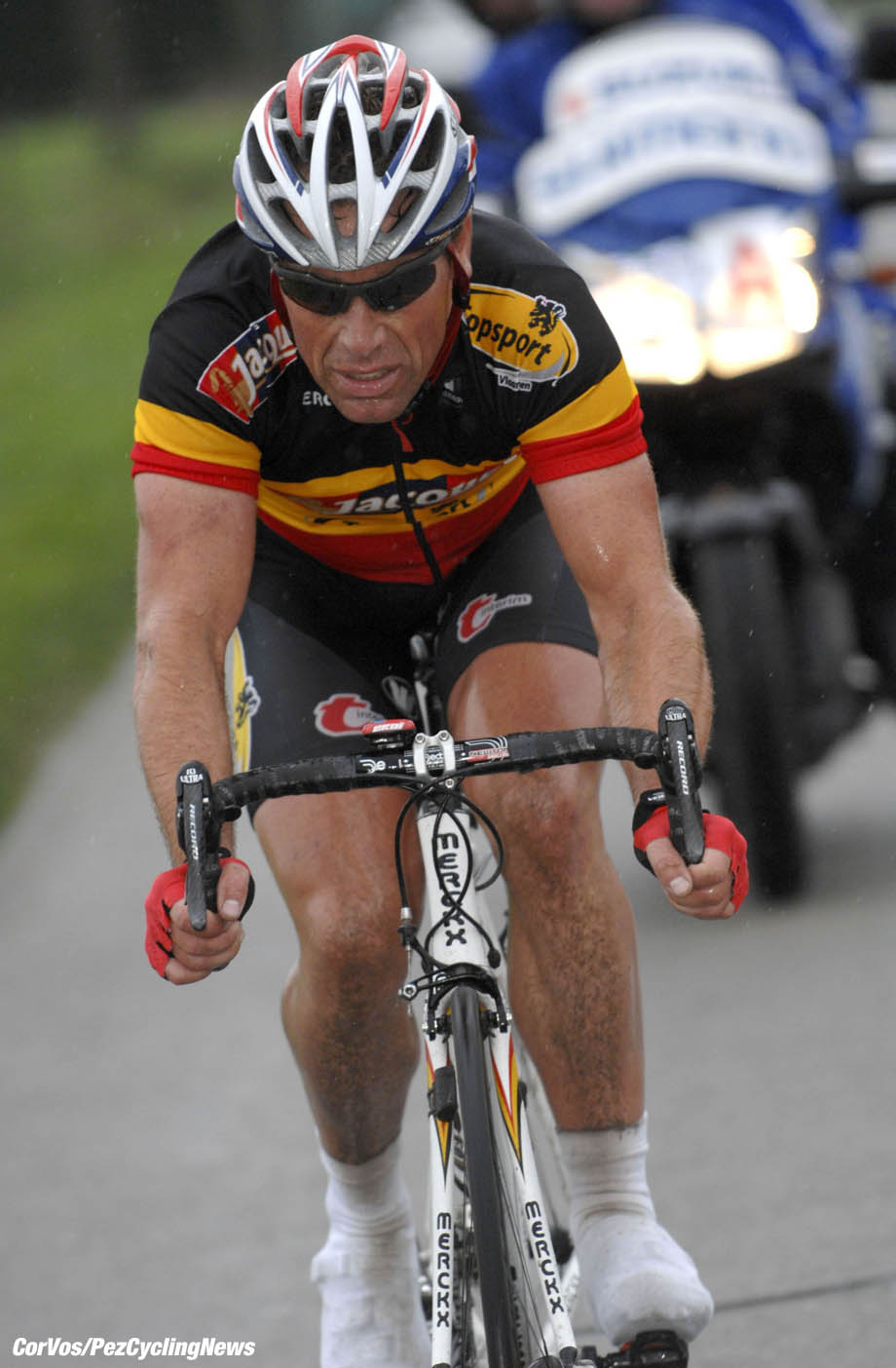 The Flemish make them hard, and they don’t come much harder than Niko ‘Rambo’ Eeckhout. 21 year’s as a pro and was 2006 Belgian champion 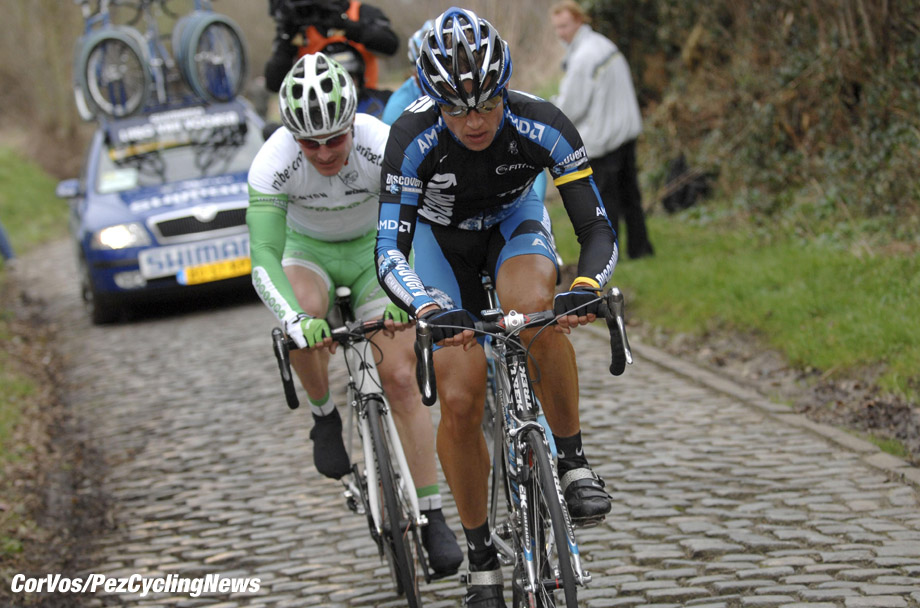 Stijn Devolder had been brought into the Discovery Channel team for his Classics experience – Although he had a better 2008 season with Quick-Step winning De Ronde van Vlaanderen, Tour of Belgium and the Volta ao Algarve. He was part of the early break of the day 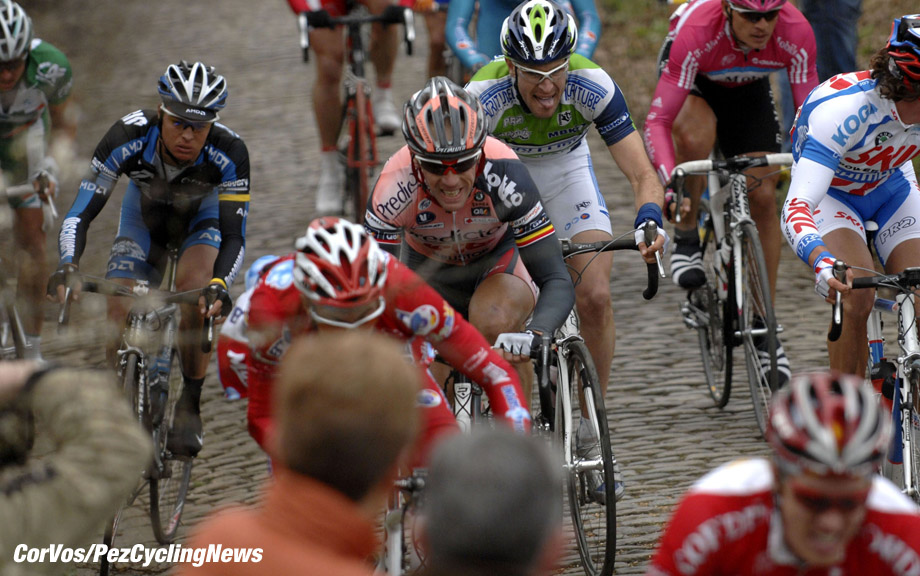 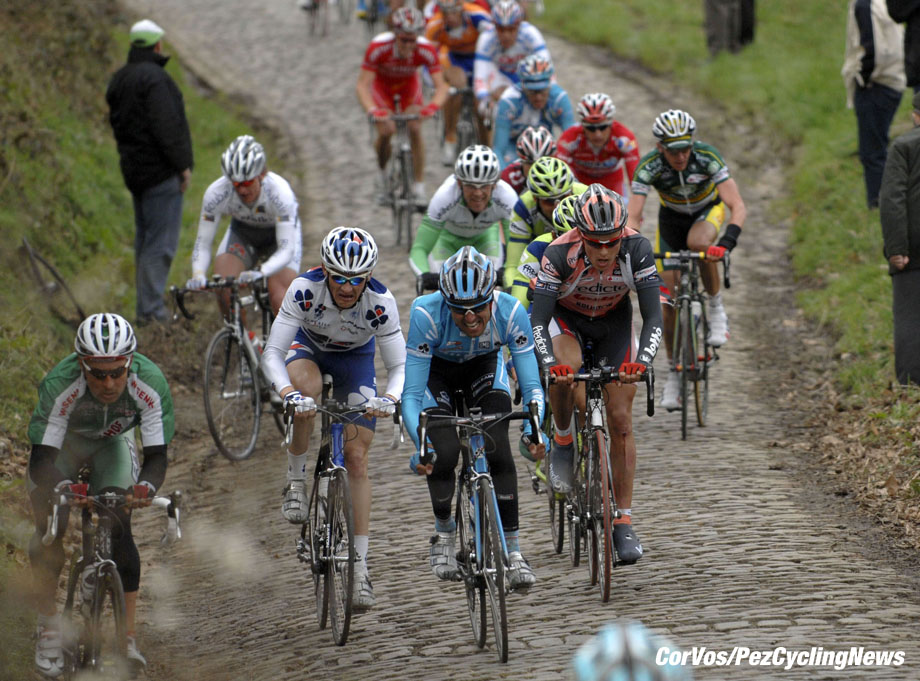 Not much fun at the back of the race 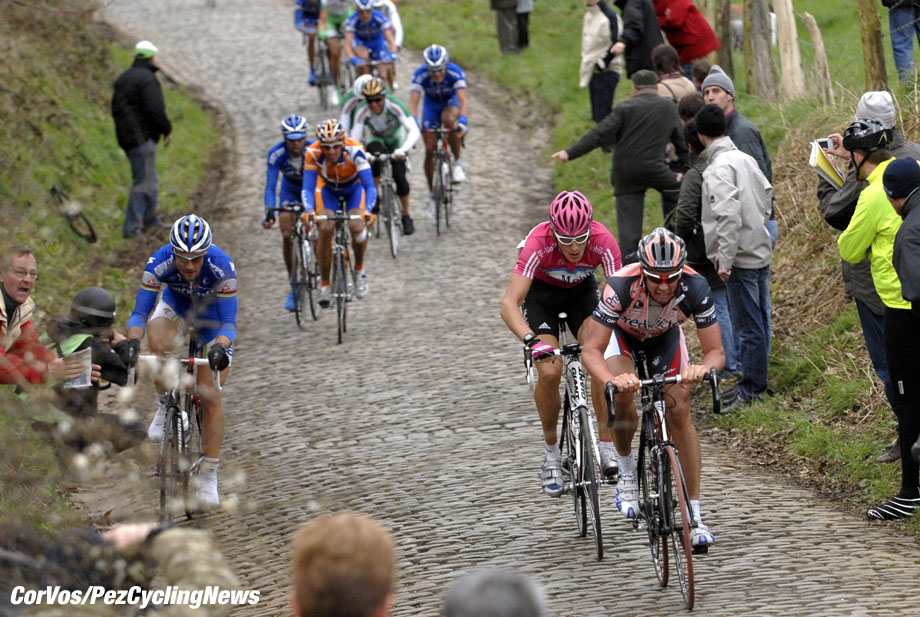 At the front Leif Hoste was putting the pressure on Boonen 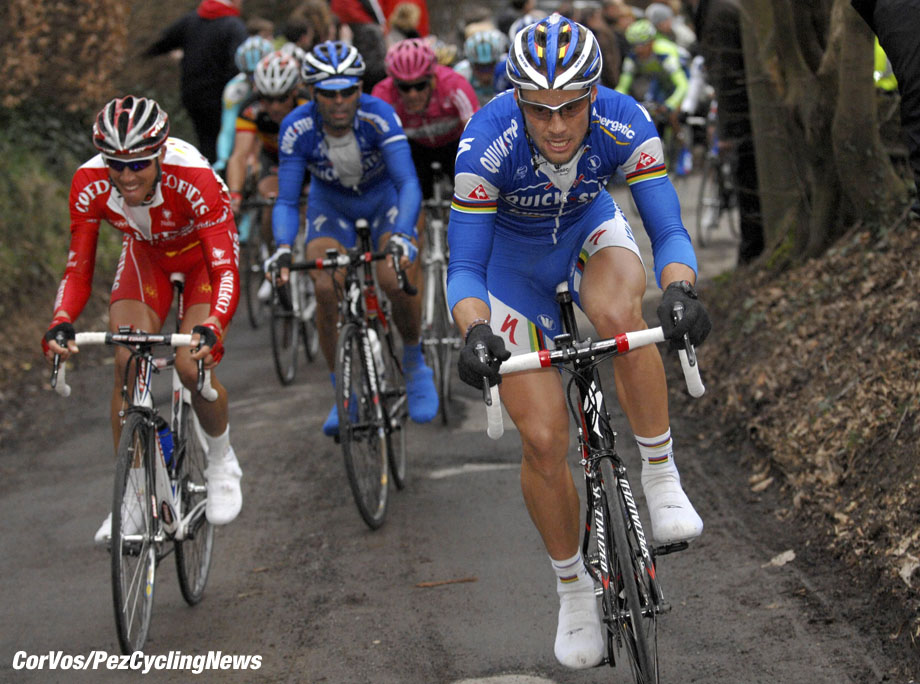 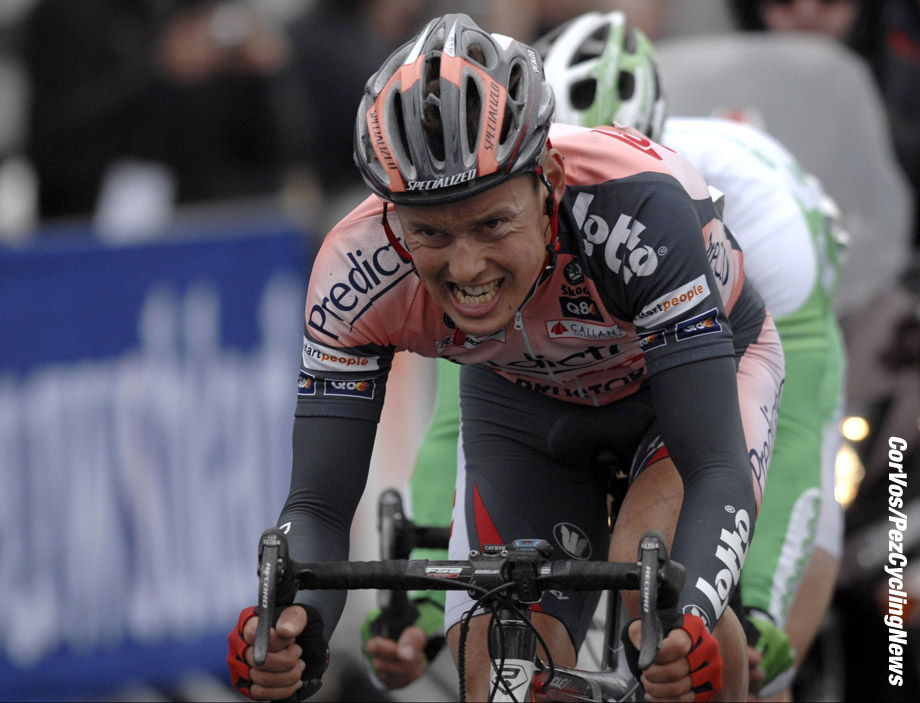 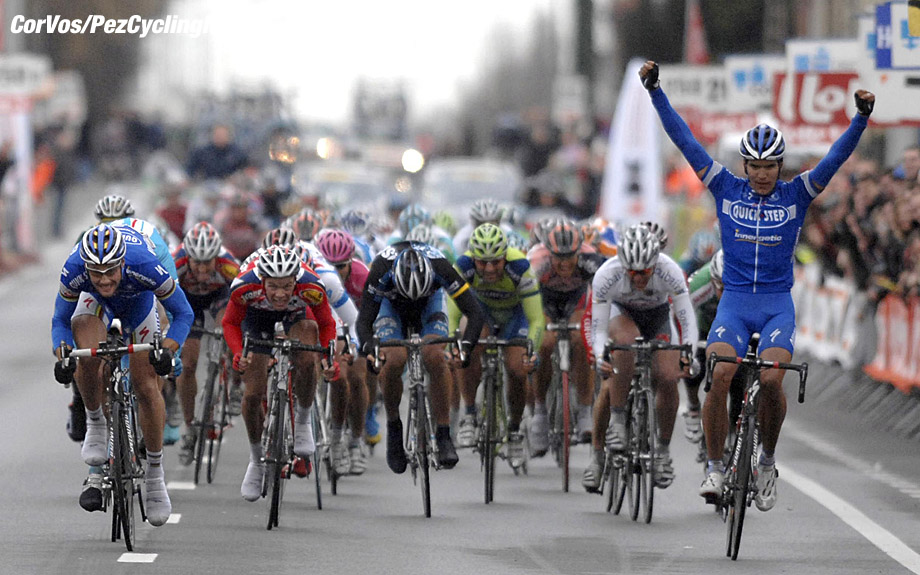 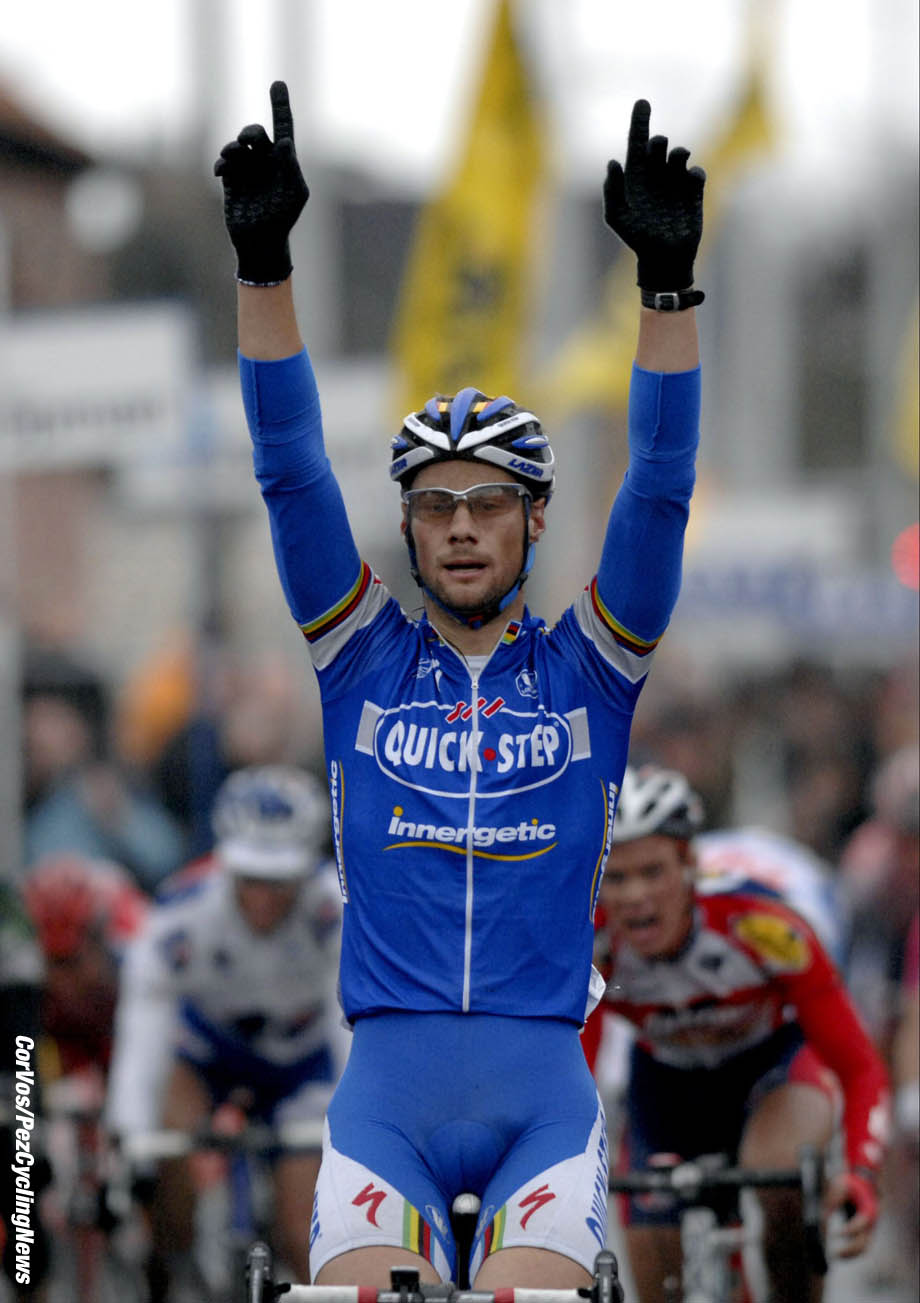 No question on the winner 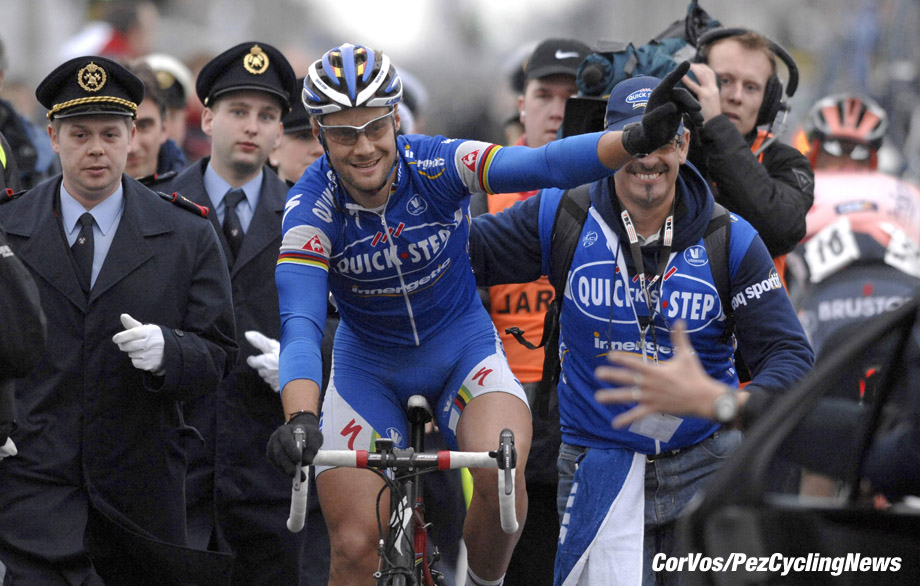 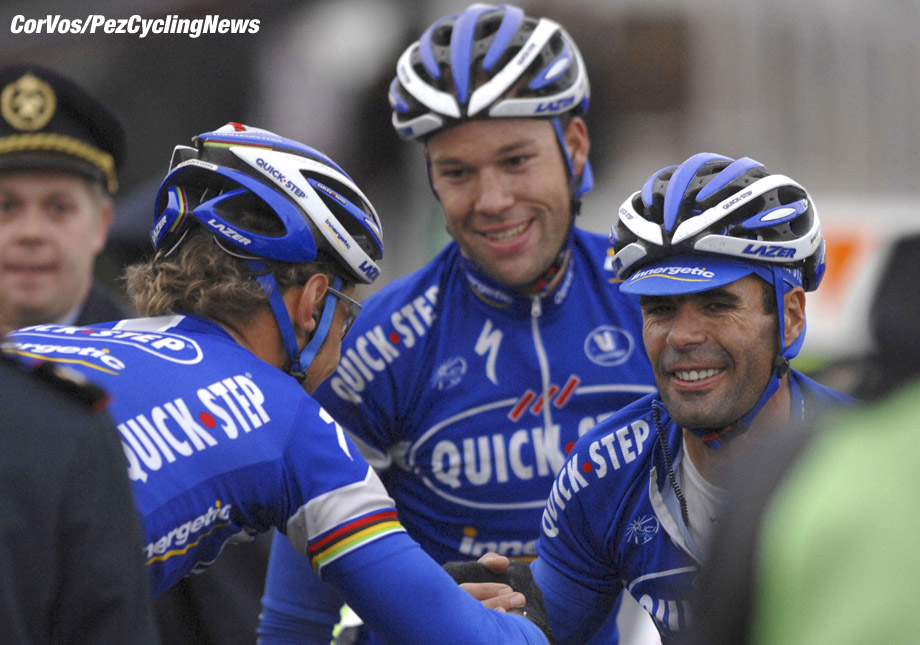 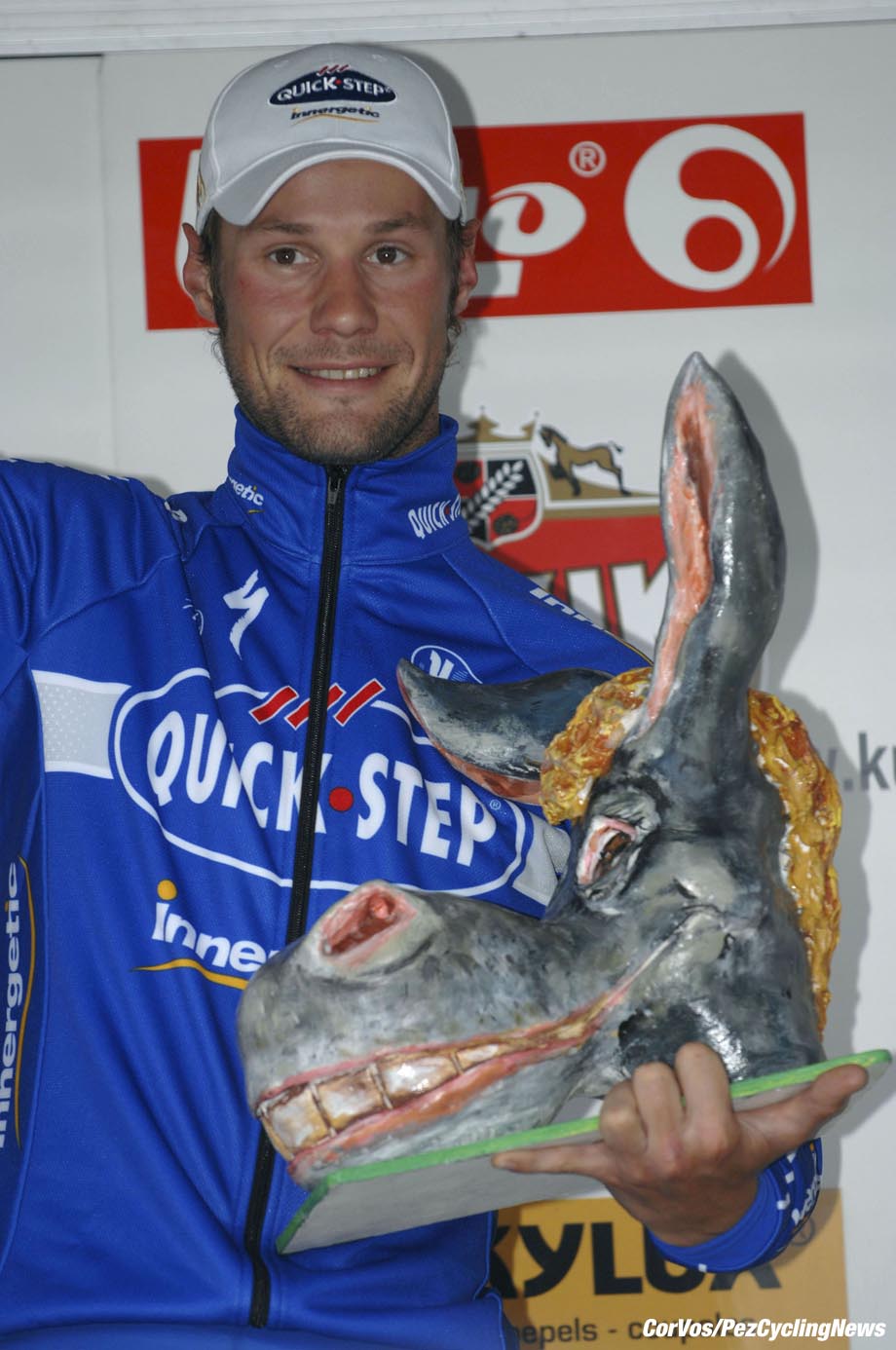 What is Samskara? 16 Samskaras and Importance of Them (In Hinduism)

ROUVY: Finish One Ride; Help Others in Ukraine, With Us

Are McDonald’s Fries Vegetarian? Are They Vegan?

The 10 Most Popular Plant-Based Recipes