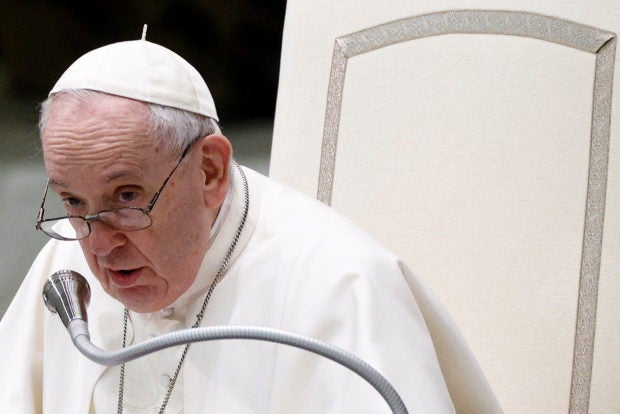 VATICAN CITY  – Pope Francis called Ukrainian President Volodymyr Zelenskiy on Saturday and expressed his “most profound pain” for the country’s suffering, the Ukrainian Embassy to the Vatican said.

“The Holy Father expressed his most profound pain for the tragic events happening in our country,” the embassy said in the tweet.

The Vatican confirmed the call and in his own tweet Zelenskiy said he thanked the pope “for praying for peace in Ukraine and a ceasefire. The Ukrainian people feel the spiritual support of His Holiness.”

The conversation took place a day after the pope made a surprise visit to the Russian embassy to relay his concern over Russia’s invasion of Ukraine to Moscow’s ambassador, in an unprecedented departure from diplomatic protocol.

The Russian ambassador denied an Argentine media report that the pope, 85, had offered the Vatican’s mediation.

Also on Friday, the pope called Archbishop Sviatoslav Shevchuk, leader of Ukraine’s Eastern-rite Catholics who has vowed not to leave Kyiv and who has opened up his cathedral’s basement as a bomb shelter. Shevchuk’s Rome office said the pope told the archbishop “I will do everything I can” to help.

Lower Risk of Self-Harm During Pregnancy, Except in Younger Women

PAL to raise flights by 52 percent in March