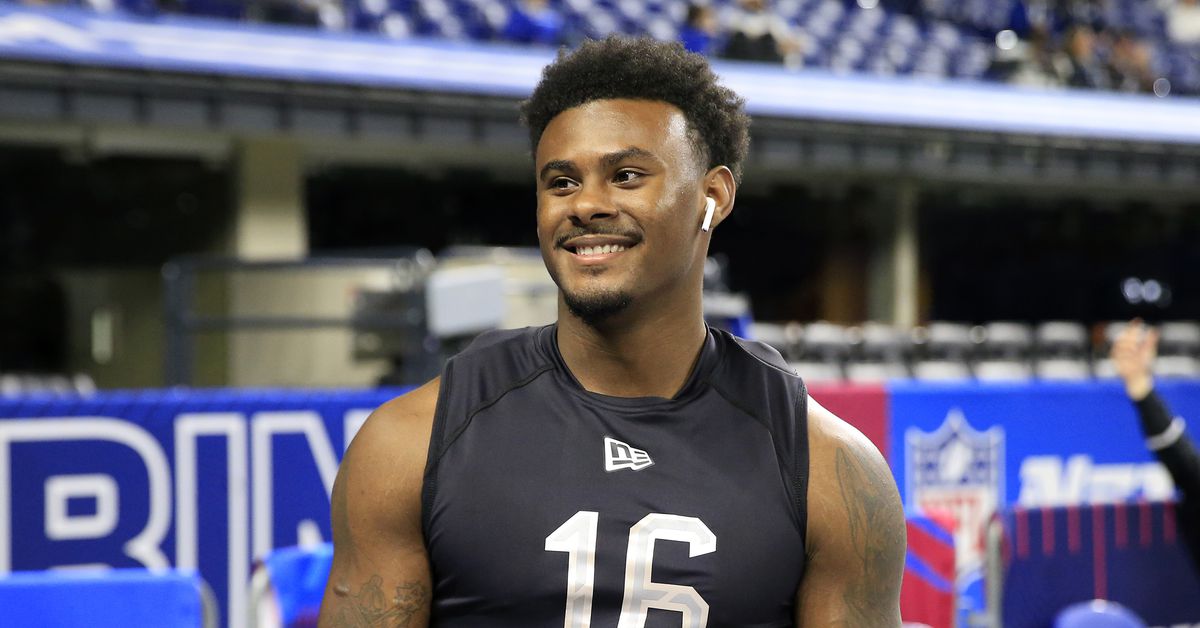 In case we need to mention is again, the NFL Scouting Combine is one of the most overblown events in football. Its popularity is based on the ability for most of us to become armchair draft experts and forge big opinions off little information.

It’s fun, sure — but the actual impact the combine has on the draft process, assuming you’re discussing a functional, smart franchise, is really fairly minimal. For teams it’s more often a chance for coaches and front office executives to see prospects up close that the scouting department has already put on their radar. A bad combine outing rarely completely destroys a prospect, nor does a mammoth combine alone create one.

That said, there are opportunities for players to show another side of their game. To bolster those previously written scouting reports and find a team who will fall in love with them. It’s an chance for scouts to say “I told you so” to their directors of college scouting when a player breaks out, or have more questions to answer if someone they’ve been advocating for completely blows it in Indianapolis.

I hate the idea of calling anyone a combine “loser,” because there’s so much that goes into the process, and some players just aren’t great at these standardized tests. A lot of work is put into having players master the 40 yard dash to bolster their combine stock, regardless of how quick they did (or didn’t) look on the field. Despite my misgivings there was one big loser of the combine, and we’ll kick it off there.

The entire “hand size” myth has been thoroughly debunked time and time again, but it’s a fallacy that teams buy into. Teams having bizarre arbitrary measurements for what “proper sized hands” are has unquestionably led to prospects sliding in the draft.

Hell, look at Teddy Bridgewater. Bridgewater was seen as a lock to be a Top 10 pick for the majority of his final season at Louisville. Hell, he threw for 4,000 yards, completed 71 percent of his passes, tossed 31 TDs and only 4 interceptions. Every sign pointed him to being an absolute stud in the NFL. Then the combine rolled along and suddenly everyone freaked out about his 9.25” hands. The entire “small hands” argument reached a fever pitch, and on draft day Bridgewater fell to the 32nd pick, taken after Blake Bortles and Johnny Manziel — both of whom flamed out, while Teddy is still starting for NFL teams.

We may never know if Bridgewater’s hands really caused his stock to plummet, but there’s at least a decent chance that it played a role — as dumb as it was.

Enter Kenny Pickett. Pickett isn’t nearly as attractive a prospect as Bridgewater. He had a great season for Pitt, but nobody has been as sold on Pickett as they were on Bridgewater. Now we get to the hand size. Pickett’s hands measured 8.5”, believed to be the smallest of any top QB prospect … ever.

It’s clear Pickett was aware he was going to suffer the same draft fate as Bridgewater, which is why he didn’t allow his hands to be measured at the Senior Bowl. Instead, Pickett made an excuse that a double-jointed thumb wouldn’t adequately return an accurate hand measurement, which I’ll give top marks for creativity, if nothing else.

Pickett didn’t blow anyone away with a 4.73 in the 40, and while he was accurate in throwing drills, there was nothing he did that was spectacular enough to change anyone’s mind.

Pickett has a really good arm, an NFL arm, but not a cannon. All of this, paired with the surreal argument about his hands, could push him down the board unfairly. From top-to-bottom this weekend was about sealing his spot as the No. 1 QB in this class, and that didn’t happen. In fact, Pickett has likely been jumped by the next player we’re talking about.

Nobody had a better weekend in Indianapolis that Malik Willis, given the stakes. It’s been a hell of a pre-draft process for Willis in general, and that only intensified at the combine.

When I first mocked Willis to Atlanta at No. 8 earlier this year it caused a lot of drama. I’ve never gotten that much hate over a single pick, but I’ll take a lap now because it’s been vindicated. Willis is by no means a perfect, polished prospect — but my goodness the raw talent he’s put on display turned heads.

It started at the Senior Bowl, where he showed the speed to be a major threat in the run game. Then, his mystique grew when he was spotted handing out clothes to a person in need on the streets of Indianapolis, confirming the high character praise that’s been hoisted on him.

Willis then uncorked the prettiest throw of the weekend later than night during passing drills.

While Willis didn’t run the 40, he’s shown enough football speed to mitigate it. Then reports emerged Sunday that he scored high on the Wonderlic, an inherently unfair measure of intelligence — but another bar he passed.

As it stands I believe Willis will now be the top QB taken this year. He will need to be in a scenario where he can sit and learn the finer points of reading NFL defenses and seeing top-tier competition after playing for Liberty, but the upside is so pronounced someone is going to roll the dice on finding an elite player.

Trey Lance rose all the way from the 20s to No. 3 last year because the 49ers believed in him. Willis could do the same. An amazing combine really helped that.

Davis was already a hot prospect pegged to be taken in the teens before the combine, but all of that could have changed. Davis showed surreal quickness for a man his size, garnering incredible comparisons.

When you’re getting compared to J.J. Watt you know you’re doing something right. Davis has huge potential to be a disruptive force on the defensive line, whether it’s on the interior where he played most of his snaps — or now showing he has the speed to play on the outside.

There will be tons of comparisons to Aaron Donald as this process continues, and that bodes incredibly well for his draft stock. I think Davis moved himself up into the Top 10, and could even go higher if a team believes he’ll be a difference maker on the same level as those he’s being compared to.

I mentioned last week that Austin III was a player to watch this weekend, and he didn’t disappoint. Prior to Indianapolis he was projected as an undrafted free agent, now I think he could go early on Day 3 — or even higher.

A team looking for an all-purpose weapon could be intrigued with what he brings to the table. A former track star, Austin III ran a 4.32 in the 40, and backed it up with a 39” vert, and a broad jump of 11’3”. He also led all receivers in the 3-cone drill and the 20 yard shuttle.

That all combines to create a scenario where a team could take a flier on him earlier than expected with the hopes he can develop into a Mecole Hardman type player.

There hasn’t been much buzz about running backs in this draft process, with it being widely accepted that nobody will be taken in the first round. Iowa State RB Breece Hall looked to change that.

Hall, a bruising, big-production back, blew people away with his athleticism in Indy — showing he’s definitely a more well-rounded prospect than at first glance.

There’s a lot to like here, and I could absolutely see a team in the 20s looking at Hall and seeing the value of taking him as the top RB available, rather than taking the 5th, or 6th best lineman.

Time will tell, and there’s concerns about Hall having over 800 carries in his college career, but there’s a lot to like here too.

E-commerce and the digital battle in the new economic order

7 powerful ways we can tackle stress