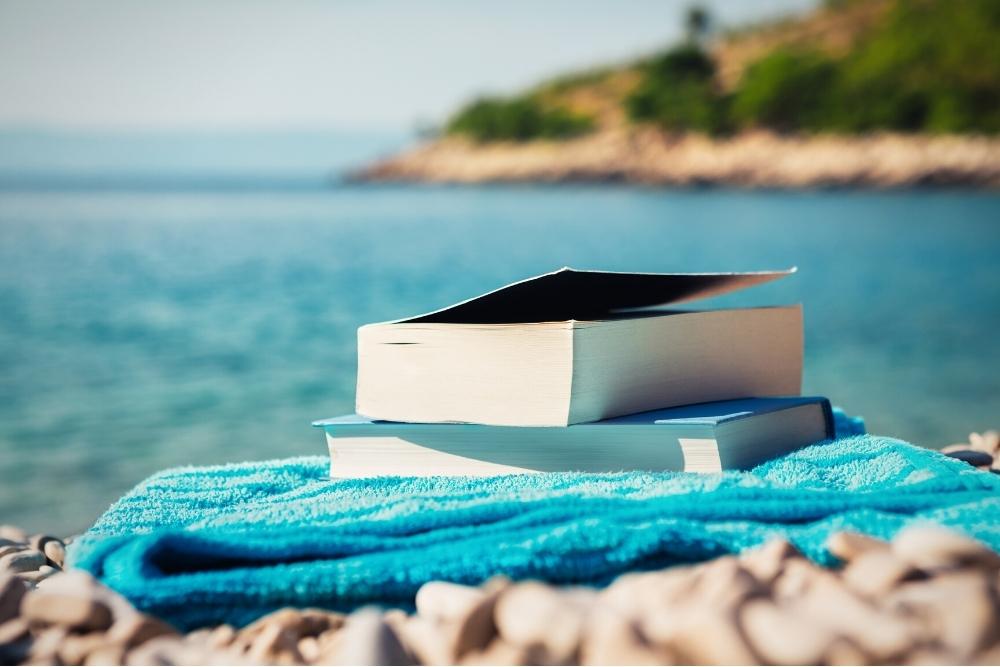 Looking for some summer reading? I have some body positive (or even body liberation-oriented) picks for both fiction and non-fiction. These are books I’ve read recently, or am currently reading. Either way, I enthusiastically recommend all of them!

Nonfiction to expand your mind

“Fearing the Black Body: The Racial Origins of Fat Phobia” by Sabrina Strings. I recently re-read this because it’s an important work, and I hadn’t read it since it first came out in 2019. From the publisher website: “The author argues that the contemporary ideal of slenderness is, at its very core, racialized and racist. Indeed, it was not until the early twentieth century, when racialized attitudes against fatness were already entrenched in the culture, that the medical establishment began its crusade against obesity. An important and original work, Fearing the Black Body argues convincingly that fat phobia isn’t about health at all, but rather a means of using the body to validate race, class, and gender prejudice.”

“Belly of the Beast: The Politics of Anti-Fatness as Anti-Blackness” by Da’Shaun L. Harrison. Harrison’s work was partly inspired by Strings’ work, so I recommend “Fearing the Black Body” first. That said, Harrison’s perspective as a fat, Black, disabled and non-binary trans writer is important and not a viewpoint that’s frequently represented in mainstream publishing. From the book: “Billions of dollars are spent on weight loss programs to maintain diet culture, but the majority of Americans are fat. Not only does this mean that intentional weight loss is a scam, but it also means that diet culture is a scam – especially when considering that more and more studies are finding that weight loss does not improve health biomarkers. Anyone who still has a vested interest in diet culture, intentional weight loss, and/or these types of programs is making the active decision to invest in systemic anti-fatness, anti-Blackness, ableism, misogyny-noir, and capitalism.”

“My Grandmothers Hands: Racialized Trauma and the Pathway to Mending Our Hearts and Bodies,” by therapist Resmaa Menakem was one of the anti-racism books I picked up a few years ago but didn’t get to until a few weeks ago. I was blown away. Menakem looks at how we trauma becomes embedded in our bodies and can be passed down from generation to generation. He looks at how this intergenerational and historic trauma plays out in Black Americans, White Americans and blue Americans (our police).

“Intuitive Eating for Every Day: 365 Daily Practices and Inspirations to Rediscover the Pleasure of Eating” by Evelyn Tribole. You probably know by now that Tribole is one of the co-creators of Intuitive Eating (and co-author of the book “Intuitive Eating”). This lovely little book packages up bite-size pieces of wisdom from Tribole herself, and it’s been a big hit with all of the clients I’ve recommended it to.

“The Wedding Date,” “The Wedding Party,” and “While We Were Dating” by Jasmine Guillory. These are the only three books I’ve read by Guillory, but her other books are on my to-read list. What I love about these three books (listed in order even though I read them in reverse order) are that they include plus-size female protagonists. Berkeley mayoral chief-of-staff Alexa stars in the first book and has a major supporting role in the second, and actress Anna starts in “While We Were Dating.” The conversations around body concerns are body positive in nature, and at times delve deeper into the harm done by societal pressures to lose weight. I also appreciate the perspectives of the mostly Black cast of characters (Guillory is black), who, even though they are middle class or higher, are not able to take certain things for granted that White people can. (For example, a Black male character waiting for a car share ride on a San Francisco street worries that he’ll be seen as loitering.) I also like that many characters have recurring roles, so ending one book doesn’t mean saying “goodbye.” Note that while these books are not explicit, they are very steamy.

“One to Watch” by Kate Stayman-London. The premise of this book is a plus-size fashion blogger goes on a “Bachelorette” type reality show. This rom-com addresses the anti-fat bias in the world – including the dating world – but it’s also sweet and satisfying and our heroine, Bea, gets what she wants by staying true to herself.

Pretty much anything by Jennifer Weiner. I’ve been reading Weiner for 20 years now, and she never disappoints, in my book. (I also met her once…and she didn’t disappoint there, either.) I haven’t read every single book (yet), but she pretty universally deals with topics like self-esteem, body positivity and female empowerment with a lot of humor and compassion.

This post contains Amazon Affiliate links. As an Amazon Associate I earn from qualifying purchases.

Struggling With Hair Loss? These Tips Will Definitely Help You