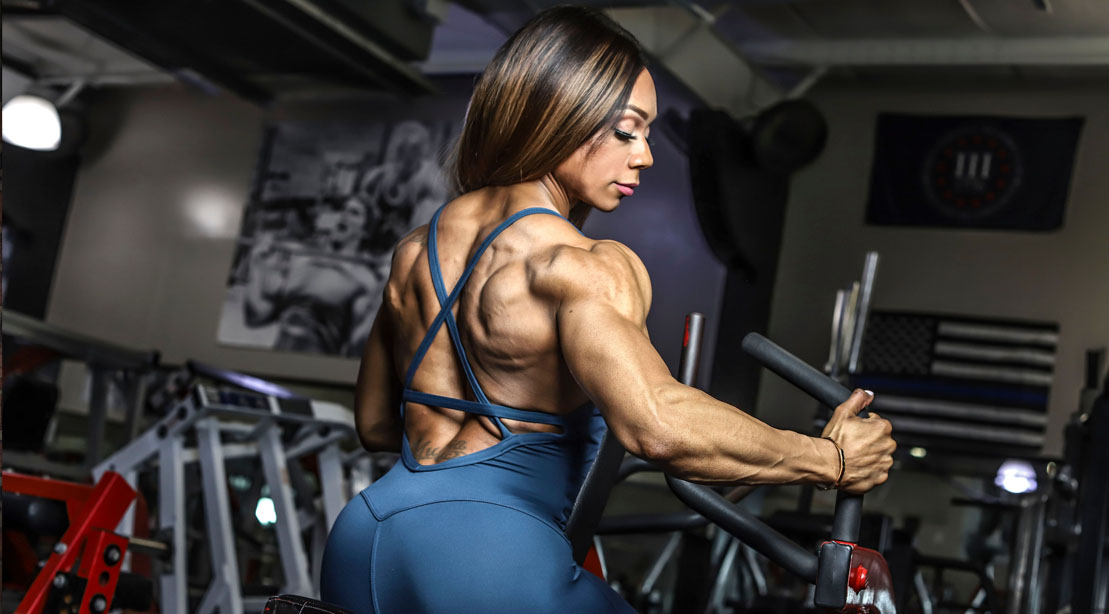 Julia Waring may be familiar to fans of the IFBB Figure division as a decorated champion who has competed at the Olympia on three different occasions. However, her greatest accomplishments may not come from the stage, but rather from service.

Captain Julia Waring served as a member of the United States Army for five years. The first day of her commitment to country came at West Point in 2008, and this is where the reality of what she faced hit home.

“When we got there and stood in line, and then our parents left us — head forward, mouth closed — that was when it got serious,” Waring recalls jokingly. “I was like, ‘What did I sign myself up for?’”

Part of her service included service to communities while she was stationed in Hawaii. She and her fellow service members made positive differences wherever they went. Waring looked back at those moments fondly.

“We would go to Thailand and the Philippines to build schools and clinics for local communities,” she recalls. “I feel that was definitely a highlight of my career.”

Another part of the globe where Waring was sent to was Baghdad, Iraq. She became the leader of an all-male platoon, where her leadership skills — both physically and tactically — were put to the test on more than one occasion, she says.

“There was one case where we were sent to construct living quarters for an incoming infantry unit,” she says. “Already occupying half of the base were 1,000 Iraqi male soldiers. I could not go anywhere by myself, including the restroom. It was a tough time, but I was blessed with a great team.”

Building both team and body

Another bond that the unit had in common was their commitment to training. Julia Waring felt this served her well while they were stationed together.

“I think they enjoyed having a leader that loved fitness, as it was a way that we were able to continuously build cameraderie and to release the stress of being in a combat zone,” she says. “From flipping bucket loader tires to making the best of a small gym outfitted by a marine unit, we made do.”

Waring, who is also an ordained minister, credits her faith in God for helping her serve that role to the best of her ability. Even though she had a platoon with her, she still felt alone. It was during these times that she called upon a higher power to carry her forward.

“It was my relationship with God that gave me that supernatural strength to emotionally get through those months,” she explained. “That helped me to build a relationship with my team. It eventually became like a family, which made that time a lot easier.”

Over the course of her five-year career, Waring received many honors, including the Meritorious Outstanding Volunteer Service Medal, the National Defense Service Medal, and the Iraqi Campaign medal. While she was at West Point, Waring received a bachelor’s degree in civil engineering. She was honorably discharged in 2013. Leaving the military, she says, was a decision that came after serious consideration because of a desire to do more with that degree she earned.

She also began pursuing another passion — fitness. Aside from getting certified as a personal trainer certification and becoming a fitness nutrition specialist, she took to the stage for the very first time in 2017. Waring didn’t follow bodybuilding in her past, but she would eventually become a figure competitor. Unlike many who compete, she had no favorite athlete from the past or present going into her first contest.

“I got into bodybuilding from my own inspiration,” the Maryland native says. “I wasn’t aware of any of the real big names. I just knew it was a sport that was out there, I was just looking for something competitive to get into. It was literally just my love for lifting weights that introduced me to the sport of bodybuilding.”

She would win her pro card in 2017, and her pro debut came at the 2018 Pittsburgh Pro, where she finished in second place. Her first pro win came at that year’s Chicago Pro, which granted her an Olympia qualification. After a 13th place finish, she skipped the 2019 Olympia. Julia Waring has four pro wins to her credit, and has now competed on the Olympia stage three different times. Her best finish was 11th in 2021. For fans that aren’t aware of how it feels to be a part of the biggest weekend in the sport, Waring says there is nothing like it in her sport.

“It’s literally a dream come true. Everyone who becomes a pro has that dream of making it to the big stage. Being able to do so was just breathtaking.”

She hopes to make it back to the Olympia in 2022 when it returns to Las Vegas on the weekend of Dec. 15-18. She will have to qualify in order to do that, but she has a plan to make that happen.

“My plan for 2022 is to actually take a full offseason to put on some size. That is constantly the feedback that I get when it comes to the Olympia,” Waring disclosed. “I plan to do a show later on in the year. Maybe November would be the earliest I take the stage next year.”

As she did with her military career and other aspects of her life, she will rely on those that have helped her reach the position she is at now in her life.

“Fitness is a talent and passion that was gifted to me by God — it is my ministry,” she says. “Through it, I am able to show His love and grace. My family has also been huge supporters. I am devoted to educating, inspiring, and motivating not only my followers on social media, but also those who are closest to me and in my community.”

In Season vegetables & their health benefits

5 Colorado Day Hikes to Help You Train for Colorado 14ers — She Dreams...