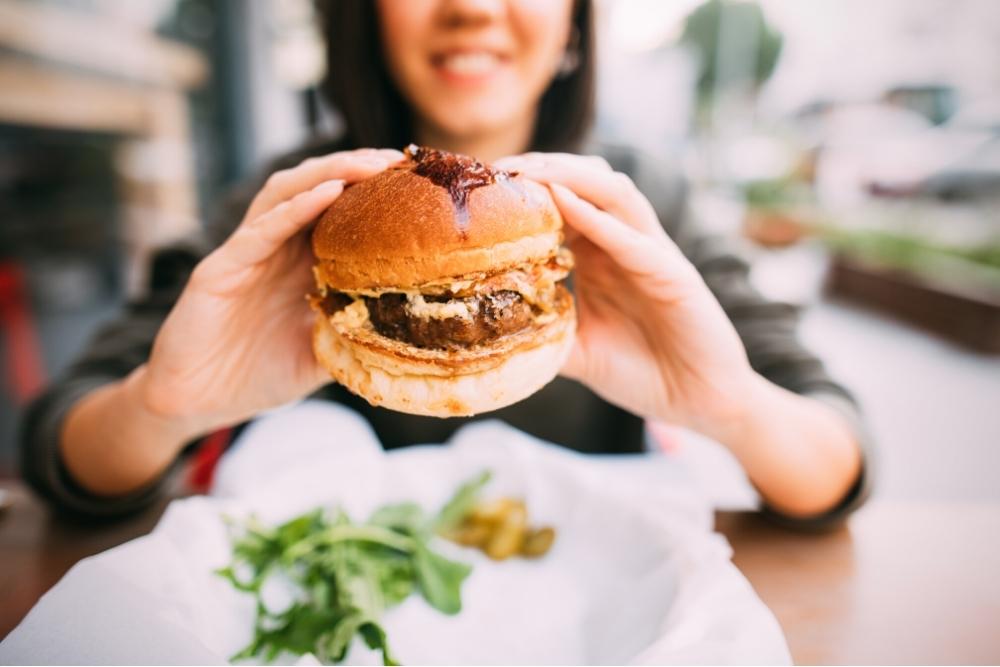 “If I give myself unconditional permission to eat, I’ll start eating and never stop.” If that statement resonates with you, if you feel like if you loosen “control” of your eating, whether that loosening looks like…

…allowing yourself to eat whenever you notice hunger, or…

…allowing yourself eat enough to feel truly satisfied, or…

…that you’ll just eat and eat and eat and eat, then you’re not alone. It’s a common fear when you’ve subscribed to diet culture for a long time, or even adopted an extremely restrictive dietary pattern for a relatively short period of time.

The good news is that eating with permission and without restrictions doesn’t have to translate to a food free-for-all. It also does not mean trading control for binge eating. At least not for very long. But how you approach trading restriction for permission may matter.

Binge eating disorder (BED) is the most common eating disorder in the United States. It’s estimated that up to 3.5% of women and 2% of men will develop BED, which became officially recognized as an eating disorder in 2013. The criteria for diagnosis include having binge-eating episodes at least once per week — on average — for three months or longer, with some of these characteristics:

Restriction — whether from actual dieting, the idea that we should be dieting, or from food insecurity — can fuel binge eating. Even if someone isn’t restricting calories, restricting certain foods in the name of “health” can be problematic for those who are predisposed to BED or other eating disorders.

Dieting, and its food restrictions, kicks off the binge-eating or binge-restrict cycle. The restriction-related lack of satisfaction, combined with an emotional or other trigger in the person’s life, causes the binge. Then, the person feels bad for bingeing, and resolves to restart their diet — and the cycle repeats.

This cycle can happen to some degree in anyone who restricts food for weight loss or health reasons, but in someone who is already struggling with BED, or is predisposed to it, the binges may reach clinically diagnosable levels.

More on the binge-restrict cycle

The moment you banish or restrict a food, you start to crave it. The longer you deprive yourself, the stronger the cravings or urges grow, and the less able you are to enjoy a “polite serving” of the food if you were to allow yourself to have it. That’s because you’re stuck in a binge-restrict cycle, also illustrated by the deprivation-rebound pendulum.

This happens when you swing widely from deprivation/restriction to eating in a way that feels out of control. It may feel like bingeing even if you don’t happen to be “officially” struggling with BED.

Visualize a pendulum swinging way to the left. That’s what happens when you deprive yourself of food, whether you’re simply not eating enough (calorie restriction), avoiding carbs (macronutrient restriction), or not allowing yourself to eat foods that you’ve labeled as “bad” or “unhealthy” even if you love them (forbidden food syndrome).

Regardless of what you’re restricting, at some point, your “willpower” will snap like an overstretched rubber band. Maybe you’re extra stressed. Maybe you’re extra hungry and the idea of politely eating a “healthy” meal flies right out the window. Maybe your neighbor gives you a plate of freshly baked cookies and, darn it, you said you weren’t going to eat cookies, but you can’t be rude to your neighbor so maybe you’ll try just one…and then the whole plateful is gone.

And then the pendulum swings back all the way to the right. The deprivation of restriction has triggered a rebound effect, which in some cases includes full-on binging.  This is classic Last Supper eating.

Where emotional eating fits in

Triggers for binge eating or simply “I feel out of control” eating can also include mental food restrictions — eating a food but feeling you shouldn’t — strong emotions, and the need to numb out, avoid or procrastinate.

Even when you’re eating enough food, labeling a certain food “forbidden” can create psychological deprivation, which means you can still feel deprived of this food when you’re physically full. Then, if you eat that food and become overfull, it’s easy to label your eating as “emotional” instead of recognizing that making the food forbidden caused the overeating — and the solution is to remove that restriction.

Here’s some irony for you: Food restriction makes you more likely to overeat “emotionally,” but emotional eating can cause distress and guilt, potentially prompting you to restrict your food in an attempt to get your eating “under control.” Talk about a vicious cycle.

Unconditional permission to eat (which the “Make Peace With Food” principle in Intuitive Eating), is about letting go of food rules and restrictions. The very same rules and restrictions that can lead to a deprivation mindset and to feelings of being out-of-control when you do eat the “forbidden” food. It also takes any ideas of morality out of the equation. (Broccoli and green jellybeans aren’t nutritionally equivalent, but they are morally equivalent.)

A key element of making peace with food / permission to eat that is sometimes missed is eating with attunement. In other words, how does the food you eat feel in your body?

Permission to eat with attunement will help you stay balanced. Maybe you go a little bananas with cookies at first (and that’s OK, because sometimes that’s how you prove to yourself that you truly have permission to eat cookies). Eventually you’ll notice that eating all cookies, all the time doesn’t feel all that great (maybe you even get tired of cookies), and maybe a little protein and veggies sounds pretty good.

You eventually reach the point where cookies are neutral—you have them sometimes, sure, but they lose their forbidden-food allure. You are free to choose to eat cookies (or choose not to eat cookies) based on whether you’re in the mood for a cookie and how good the cookies are, and you might just as easily have one as decline one.

Here’s a fact: Sometimes the initial stage of allowing yourself unconditional permission to eat can feel chaotic.

Here’s another fact: That chaos may be a necessary part of the journey.

Many people who are new to Intuitive Eating go through what’s called “the honeymoon phase.” You have permission to eat whatever you want, and it’s glorious! You’re eating all the things, and loving it. Until you realize you don’t feel so great, and/or old diet culture thoughts start popping up. (“What if I gain weight?” or “What about my health?”)

This is where body acceptance work comes in. It’s also helpful to know that the honeymoon phase won’t ruin your health. If this phase helps you fully embrace unconditional permission, then it’s serving a purpose. Then you can move to attunement without falling into the trap of pseudo-permission to eat. (“I let myself have cookies whenever I really want them…but no more than X cookies.”)

Another way to look at this is Dietland vs. Donutland. I believe that psychologist Deb Burgard, one of the founders of Health at Every Size (HAES), is the originator of this concept, which I first read about in one of Jes Baker’s books.

The idea is that when you are dieting (or in between diets but still subscribed to diet culture), you are in Dietland.

When you say, “Screw diets,” and begin to allow yourself to eat previously forbidden foods with gusto, you pendulum swing into Donutland.

Then, after a while, you kind of notice that being in Donutland doesn’t feel great, albeit in a different way. You start to tune into both your sensory desires and bodily needs, and the pendulum settles in the middle, otherwise known as Discernment. It’s a great place to be!

Now, this is what I’m talking about! (Identifying healthism)

From Shame to Advocacy: My Decades-Long Journey Living — and Thriving — With HIV

What it takes to start your own business with Amanda Gilman

When Was the Last Time You Weren’t Trying to Lose Fat?