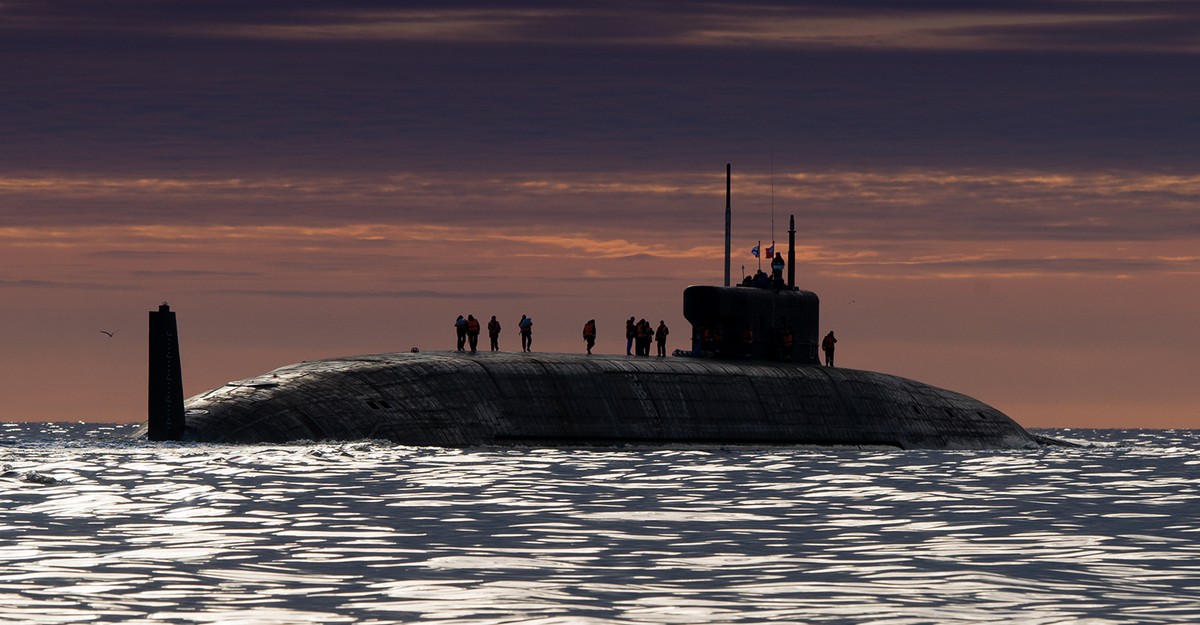 If Russia’s alerts look anything like ours, this means that the crews and institutions that control strategic missiles, submarines, and bombers will be told to make preparedness a higher priority. They will cancel leaves, conduct inspections, check their communications, and so on, and their intelligence organizations will devote more time and attention than usual to monitoring for indications of possible launches against Russia.

In this heightened state of alert, it is easier to make mistakes yet there is less time to correct them. This is not yet a direct threat to the United States, but it is a signal from Putin, and a gamble.

I had expected that Putin might resort to raising the nuclear-alert status if the invasion of Ukraine went poorly, but I am surprised that he reached for this measure so soon.

And the invasion is, indeed, going poorly for Putin. The Ukrainians did not greet the Russians as liberators. Russian military performance has been worse, and Ukrainian military performance has been better, than many observers (including me) might have expected. Russia still has plenty of time to start bringing down a lot more force on Ukraine, but that will begin a bloodbath and Putin will have to admit that his earlier confidence in a quick victory was unwarranted.

Putin might also be rattled by the scale of the protests erupting in Russia itself. The Russian authorities have already jailed many hundreds of people, and at some point, even Putin must realize that he can’t arrest everyone (as much as he’d probably like to do so).

This all suggests that Putin’s order—conducted on television and captured on video—is a measure aimed as much at a domestic Russian audience as it is at the West. He may be hoping to produce a kind of Cold War rallying-around-the-flag among the Russian people. Or, at the least, to increase the sense that protest during a nuclear crisis is even more traitorous than usual.

Had Putin wanted to send a message solely to NATO, he could have merely given the order to the Russian chain of command, and Western intelligence and defense sources would have picked it up immediately. We know what such an order sounds like and what kind of activity would follow it.

In fact, that’s exactly what we did in 1973, when the Nixon administration increased U.S. nuclear readiness during the Yom Kippur War. We made no announcement, but we sent the alert orders in the clear, where we knew Moscow could hear them. Our public silence allowed for a certain amount of ambiguity, which we hoped would induce even more caution in the Kremlin.

Putin, however, gave a short speech before issuing the official order to Russian Defense Minister Sergey Shoigu and Chief of the General Staff Valery Gerasimov (who were wearing the Russian equivalent of daily battle-dress uniforms rather than formal military dress). Like all his statements since the Ukraine crisis began, Putin’s preamble sounded like it was cribbed from a Soviet leadership speech circa 1975. He griped about economic sanctions, which have clearly gotten his attention, and he accused “the leading NATO nations”—an old Soviet formulation that always means the United States, sometimes along with the United Kingdom and Germany—of directing “aggressive statements” at Russia.

If Putin was signaling his own people, however, the fact remains that those forces now on higher alert are readying for combat with the United States and the rest of NATO. The missiles and bombers are pointed at us, not the people of Moscow. Putin is playing an insanely dangerous game here. He’s holding a weak hand and yet threatening to go all in. This is yet more evidence that years of isolation, in which his only contact is with sycophants and security guards, have taken its toll on his mental state.

What should the U.S. do?

For now, the sensible, and confident, American answer should be to do nothing. This might seem counterintuitive: The Russians have gone to higher alert, and it would seem only prudent to answer this with a reciprocal raising of U.S. alert status. But that Cold War reaction would, I suspect, exactly what Putin wants. He’s in a jam and he’s trying to look strong, and part of the way he can do that is to turn his hare-brained scheme in Ukraine into a gigantic Russian-American confrontation. Putin would like nothing better than to take everyone’s mind off Ukraine and focus us all on a game of nuclear chicken.

We should not take this bait. There’s no good strategic reason to give Putin what he wants, and we should hope that President Biden will pointedly ignore this obvious provocation.

Join editor in chief Jeffrey Goldberg, Anne Applebaum, and Tom Nichols for a live virtual conversation about Russia’s war on Ukraine and the potential consequences on Monday, February 28, at 3 p.m. ET. Register here.

How to Suffer Outside with Diana Helmuth

The 10 Most Popular Plant-Based Recipes