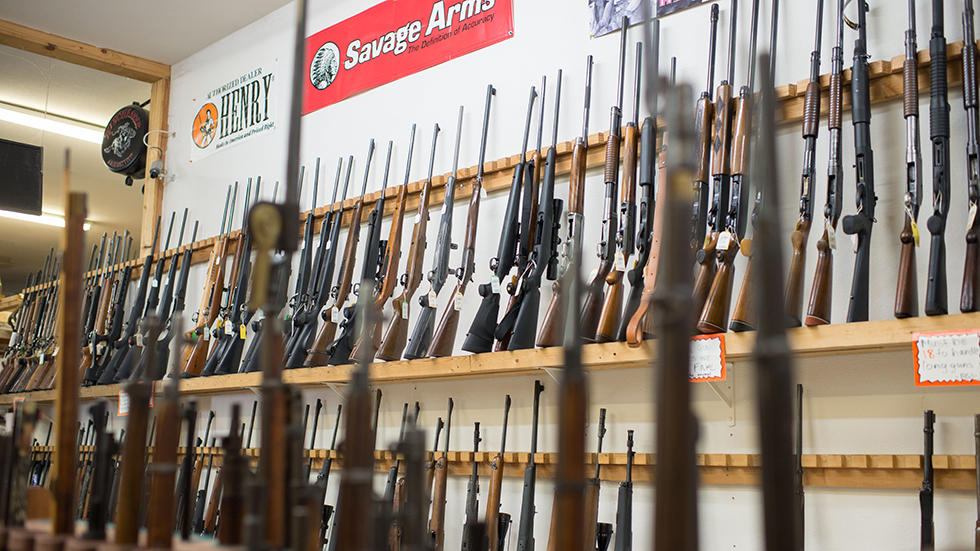 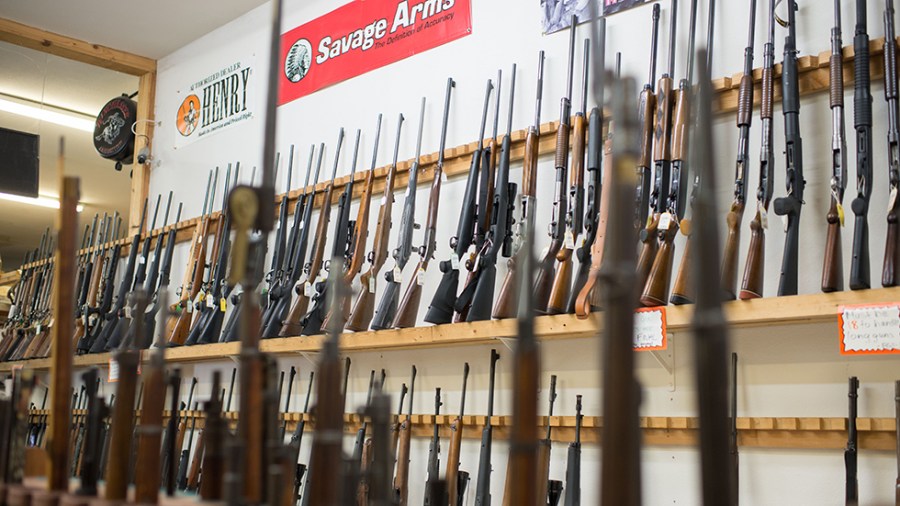 Tuesday’s massacre at a Texas elementary school in which a gunman killed 19 children and 2 adults reignited calls to pass gun control legislation that has been stalled in Congress, in some cases for decades.

Numerous Democrats urged the Senate to act on stalled House-passed legislation, or for Congress to bring up other gun control measures. No major gun legislation has been approved by Congress in more than a decade, despite widespread calls to do so after mass shootings.

After the massacre on Tuesday, Senate Majority Leader Charles Schumer (D-N.Y.) initiated a process to fast-track both bills onto the Senate’s legislative calendar. But that does not guarantee that either bill will receive a vote in the Senate, and Schumer on the floor Wednesday indicated that he would not immediately bring gun-control bills to the floor.

Enacting any bill will be tough. The evenly-split, 50-50 Senate requires support from at least 10 Republicans to overcome a filibuster, and Republicans have not shown support to implement new limits on the sale or ownership of firearms.

Led by House Majority Whip Jim Clyburn (D-S.C.), the bill would close the so-called “Charleston loophole,” which allows some gun sales to proceed even without a background check, if that screening is not completed within three days.

The legislation is a direct response to the 2015 shooting at a historic Black church in Charleston, S.C., where the gunman, Dylann Roof, would have failed a background check had a screener received notice that Roof had been arrested previously for drug possession.

The bill passed the House in March 2021 in a 219-210 vote mostly along party lines, with GOP Reps. Brian Fitzpatrick (Pa.) and Christopher Smith (N.J.) voting in favor of the bill and Democratic Reps. Jared Golden (Maine) and Ron Kind (Wis.) voting against it.

The second major gun reform bill passed by the House and awaiting action in the Senate would significantly expand background checks for all gun sales and transfers.

Under current law, licensed gun dealers are required to run potential buyers through an FBI database — the National Instant Criminal Background Check System (NICS) — to screen out felons, illegal immigrants, spousal abusers, the severely mentally ill, or another category that would bar them from buying or owning weapons. But unlicensed gun sellers — like those frequently operating at gun shows or on the internet — are not required to conduct the same screenings.

That distinction, according to gun reform advocates, creates an enormous loophole that poses a severe threat to public safety. According to Everytown for Gun Safety, an advocacy group, more than 20 percent of recent gun purchases in the U.S. were made without any background check.

The bill also passed the House in March 2021 227-203, with eight Republicans joining Democrats to vote in favor of the bill and one Democrat, Golden, voting against it.

The measure is more expansive than a failed compromise measure that Sens. Joe Manchin (D-W.Va.) and Pat Toomey (R-Pa.) worked on after the Sandy Hook elementary school massacre in 2012. The Manchin-Toomey legislation would have expanded background check requirements in some instances, such as through gun show sales and internet sales, but not for transfers between friends and family members.

It failed in the Senate in 2013 in a 54-46 vote, with four Democrats who are no longer in office joining Republicans to block the legislation.

The duo has not brought the Manchin-Toomey legislation back up in this Congress. After the Buffalo shooting last week, Manchin suggested focusing on mental health provisions instead. On Tuesday after the Texas elementary school shooting, he expressed frustration at partisan gridlock on gun measures and openness to other legislation.

“It makes no sense at all why we can’t do commonsense — commonsense — things and try to prevent some of this from happening,” Manchin said.

Toomey cracked open the door to taking action on background checks on Wednesday.

“I think the thing that would have the best chance would be the thing that has gotten Republican support before, which is expanding background checks,” he told reporters.

While current law prohibits certain people from purchasing ammunition, there’s no real mechanism in place to enforce it because background checks aren’t required prior to those sales. Gun reformers on Capitol Hill want to close that loophole with legislation expanding mandatory background checks to include ammunition.

Sponsored by Sen. Richard Blumenthal (D-Conn.) and Rep. Debbie Wasserman Schultz (D-Fla.), “Jaime’s Law” — named after Jaime Guttenberg, a victim of the 2018 mass shooting at high school in Parkland, Fla. — would do just that. It was introduced last year but has not been considered by either chamber.

“There have been a number of these shootings where the shooter purchased the gun legally. But we haven’t addressed ammunition,” Wasserman Schultz told The Hill last week, before the Uvalde shooting. “At the very least, if you can’t buy a gun you shouldn’t be able to buy ammunition.”

If there’s been one constant factor underlying virtually every mass shooting in recent years, it’s that the perpetrator has displayed signs of trouble leading up to the tragedy. Red flag proposals are designed to prevent the next shooting by empowering family members and law enforcers to seek “extreme risk” protective orders barring people from buying or possessing firearms if a federal judge deems them to be a threat to themselves or others.

One such bill, sponsored by Rep. Lucy McBath (D-Ga.), who lost a son to gun violence, has already been passed by the House Judiciary Committee. And the concept is getting some early attention in the wake of the Texas shooting, not least because some of the other proposed responses — including the background check expansion — would have been ineffective since the gunman had reportedly purchased his firearms legally after passing a screening.

Following Tuesday’s shooting, Sen. Susan Collins (R-Maine) praised the red flag law adopted in her home state, noting it “requires due process and a medical professional to be involved.” She said she’s already spoken with Sen. Chris Murphy (D-Conn.) about moving on the idea.

“That is the kind of law that could have made a difference in this case since, according to press reports, if they are accurate, it appears that he suffered from mental illness,” Collins told reporters Wednesday in the Capitol.

The suspect in Tuesday’s shooting reportedly purchased a pair of military-style semi-automatic rifles just days after his 18th birthday. And that news is likely to renew the push among gun control advocates for several long-standing reform proposals, including a ban on assault rifles; a prohibition on high-capacity magazines; and a hike in the age requirements surrounding gun ownership. Additionally, advocates are eyeing a ban on so-called “ghost guns,” a growing category of homemade firearms that can’t be traced.

It’s unclear if there’s any appetite among Democratic leaders to consider those proposals, particularly in an election year when a number of incumbents are facing tough races in purple districts, where such proposals could prove a liability at the polls. But that will do little to prevent more liberal lawmakers from pressing Republicans — and their own leadership — for votes.


Winners and Losers from Tuesday’s primaries

Republicans, who worry that new gun control measures could infringe on Second Amendment right to keep and bear arms, have proposed alternate legislation that aims to aid the current background check system rather than implementing new restrictions.

The Protecting Communities and Preserving the Second Amendment Act of 2021 from GOP Sens. Grassley, Ted Cruz (Texas), and Thom Tillis (N.C.) aims to improve submission of records to the NICS, would create federal task forces to target those who illegally attempt to purchase firearms, and would study the causes of mass shootings. But the legislation also codifies protections for gun owners, such as allowing interstate firearm sales and transportation, and further defining mental health provisions that restrict some individuals from owning firearms.

The measure was first introduced as the Grassley-Cruz amendment in 2013 in response to Sandy Hook. It failed in a 52-48 vote in the Senate, with 9 Democrats in favor and two Republicans against.

Kate Bush’s “Running Up That Hill” Is Eternal

How to Help Her Get Ready

When gold is on the line, there’s no stopping Poulin