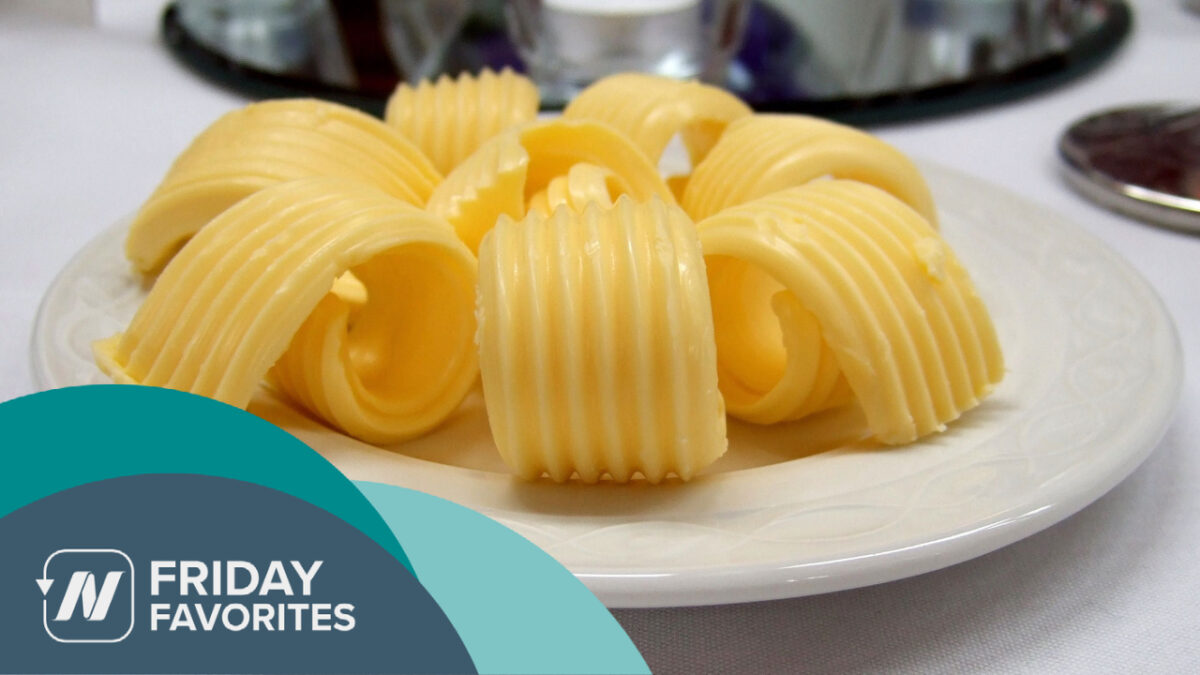 Time magazine famously exhorted people to “Eat Butter,” no doubt selling lots of magazines, but perhaps selling the public short. They followed up with an article doubling down, saying that “The case for eating butter just got stronger,” based on this study: “A Systematic Review and Meta-Analysis of Butter Consumption…” “Pooling the studies, each daily serving of butter…was associated with [only] a 1 percent higher risk of death.” Wait, this is the study making the case stronger to eat butter? Further, the study suggests that swapping just like a spoonful of oil in place of butter every day might drop the risk of diabetes 8 percent. “Thus, even with the absence of major health associations in the present investigation, healthier…alternatives may be available.” But a 1 percent increase in death is pretty tiny; why didn’t they find a larger effect? Well, it is just a tiny part of people’s overall diets. It’s illustrative to review the candy literature.

The National Confectioner’s Association is fond of contracting with scientists-for-hire, like Exponent Inc., infamous for shilling for Big Tobacco and chemical companies, encouraging people to eat candy every day—in moderation, you know, like 15 to 25 jelly beans a day. Parents who restrict foods in an attempt to moderate a child’s intake of calories are just going to make their kids fat.

See, parents use “coercive practices to limit children’s access to palatable, energy-dense, or low-nutrient foods.” Parents have the gall to tell their kids when, how often, or how much candy can be consumed. Don’t they know butter…scotch is back? See, “evidence suggests that [candy] is not associated with adverse health effects.” Don’t believe me? Here you go: ten thousand kids surveyed, asked if they had eaten candy within the last 24 hours, compared to those who said no, and they concluded that “candy consumption [was] not associated with adverse health parameters in children or adolescents.” And, this, a study in which the authors declared “no conflicts of interest.” I mean, yeah, it was a study about candy funded by the candy industry, but “no conflicts of interest” here.

Do you see how with such a blunt instrument, it would be hard to tease out the specific health effects of candy? But we don’t need a study, since we already know what candy is—it’s candy. It’s mostly pure sugar. We already eat too much sugar; we don’t need more. You don’t need to pay off researchers to come up with a study like this. Or this. We already know what butter is—it’s butter. It’s mostly pure saturated fat. We already eat too much saturated fat; we don’t need more. Anyway, it gets even crazier. Candy consumers were “less likely to be overweight and obese than non-candy consumers.” So hey, maybe the candy company was right. Pass the Peeps!

“Is candy eating [really] a way to control body weight?” Who can name me an alternative explanation of why obese children eat less candy? Right, reverse causation. Perhaps it’s not that cutting down on candy led to obesity, but rather obesity led to cutting down on candy. In other words, the “reported candy consumption…reflects consequences of obesity, not causes,” just like people with heart disease may cut down on butter, clouding the association. And remember, it was “reported” candy consumption, which brings up the specter of reporting bias…. “In other words, overweight [kids may guiltily] underreport their intake of [candy] to a greater extent than do those of normal weight.”

I mean, otherwise, “what would the implications of [such a] finding…be?” Do we want to randomize kids to eat more candy to see if it makes them lose weight? “It is doubtful that any ethical committee would be happy about [that] kind of a proposal.” But you don’t know…until you put it to the test. Feed folks extra candy or peanuts—same number of extra calories, and surprise, surprise: those that ate all that extra candy gained more weight.

But what about that interventional trial showing that candy can improve ADHD symptoms? If you’re the Mars candy bar company, and you want to fund a study showing candy bars help kids focus, what would you do? The “parents were sent a formal letter instructing them…to send their kids to school hungry without breakfast” and then gave them like a candy bar or, basically nothing, an aspartame beverage, and, what do you know, feeding kids something rather than nothing “enhanced [their] ability to stay on task.” That reminds me of the famous Frosted Mini-Wheats ad, “clinically shown to improve kids’ attentiveness by nearly 20 percent,” with the really fine print explaining that this was compared to kids that ate nothing at all.

Butter’s been put to the test, too. Give people a single meal with butter, and you get a boost of inflammatory gene expression within just hours of consumption, significantly more than the same amount of fat in olive oil, or particularly walnut, form. You can randomize people to foods made with all sorts of different fats, and butter was shown to be the worst in terms of LDL cholesterol. Yeah, but these are short-term studies. It’s not like you can randomize people to eat or avoid butter for years, unless they’re locked up in a mental hospital, where by switching diets, you can raise or lower their cholesterol and cut coronary events by about 40 percent—though they also cut down on meat and eggs; so, it wasn’t just butter.

Yeah, but it’s not like you can get a whole country to cut down on butter. Oh, but you can: a 75 percent drop in butter consumption in Finland helped create an 80 percent drop in heart disease mortality, which was driven largely by the countrywide drop in cholesterol levels, which was largely driven by the countrywide dietary changes to lower saturated fat intake, like the move away from butter.

The bottom line is that researchers have put it to the test: randomized, controlled trials involving more than 50,000 people, and the more you decrease saturated fat content, the more your cholesterol drops, “the greater the protection.” “Lifestyle advice to all those at risk for cardiovascular disease,” to lower the risk of our #1 killer of men and women, population groups should continue to be advised to permanently reduce their saturated fat intake. The American Heart Association got so fed up with industry attempts to confuse people, they released a Presidential Advisory in 2017 to make it as clear as they could: “The main sources of saturated fat to be decreased [include] butter.”

How to Power Up on Plant Proteins