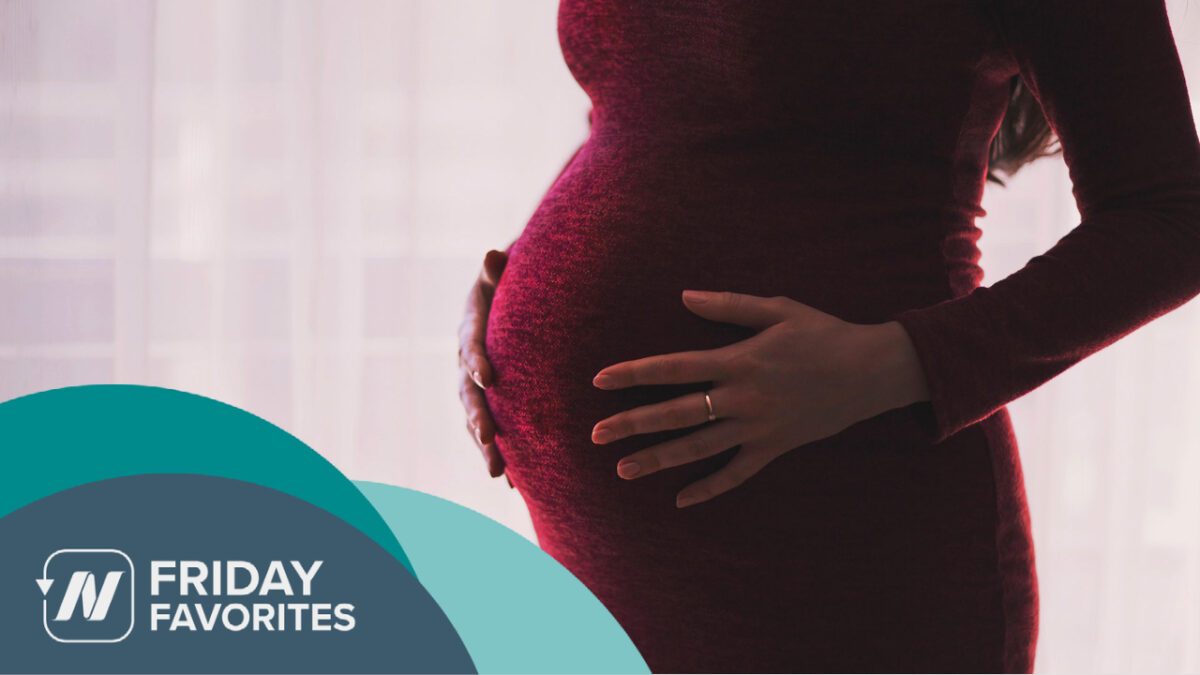 In the 19th chapter of the Koran, Mary is giving birth to Jesus. I didn’t even know Jesus was in the Koran. The things they don’t teach you in Hebrew school. It says, “And the pains of childbirth drove her to the trunk of a palm tree.”  She cries out, and she is answered by Gabriel, Archangel and, evidently, obstetrician—who knew? Shake the tree, he says, and “it will drop upon you ripe, fresh dates,” and you’ll be all better—no epidural necessary.

Do dates really help with labor and delivery? It would take a little over 2,000 years, but researchers finally decided to put it to the test. They had some “anecdotal evidence” that dates might be helping, but they wanted to know for sure “whether the addition of date fruit for the last few weeks of pregnancy would reduce the need for labor induction or augmentation”—that’s where you give drugs to induce uterine contractions, to initiate or accelerate labor. It’s “one of the most commonly-performed obstetrical procedures” in the U.S., dramatically increasing over the last few decades—from less than 10% of deliveries to now nearly a quarter. There are certainly legitimate medical indications, but are often done just for “convenience,” and not necessarily the convenience of the patient, but the provider may also have perverse “financial incentives” and other reasons to want to speed things along. Dates might not help with those factors, but might they help foster a normal spontaneous delivery? Let’s find out.

A prospective study: women eating six dates a day—that’s totally doable—during their last month of pregnancy versus no dates at all, and…”the women who consumed date fruit had significantly [better] cervical dilation,…significantly higher proportion of intact membranes.” That’s a good thing.  And: “Spontaneous labor occurred in 96% of those who consumed dates, compared with 79% women in the non-date” group, with significantly less drugs used, and the “labour was shorter,” as in about seven hours shorter overall. “It is [therefore] concluded that the consumption of date fruit in the last 4 weeks [of pregnancy] significantly reduced the need for induction and augmentation of labour…The results warrant a randomised controlled trial.”

Wait, what? The women weren’t randomized? They even talk about how it was hard to find women who would agree to not eat dates because it’s part of their cultural beliefs. So, you can totally imagine how there could be all sorts of differences between the women who ate dates, and those who agreed to go without, that could account for the findings. Maybe the date-eaters were more religious, or higher socioeconomic status, or who knows. Yeah, you can argue, what’s the downside? Might as well give dates a try. But that’s not good enough for me. I want to know if they actually work. But there had never been a randomized, controlled trial…until three years later.

“The effect of late-pregnancy consumption of date fruit on [so-called] cervical ripening” in first-time mothers. In the last few weeks of pregnancy hormonal changes cause the cervix, the opening to the uterus, to start to ripen, to soften, so that when the contractions start, it can more easily dilate open.

“At this stage, the cervix loses its integrated structure, and therefore, it becomes soft and dilated as soon as strong contractions begin.” Through a ripe cervix you can push a baby out with like 20 pounds of pressure per square inch, but if the cervix isn’t there yet, it can require more like 200 pounds of pressure. So, it goes without saying that “[c]ervical ripening before the onset of labor is …important” if you want a normal vaginal delivery. “The search for a safe, inexpensive, and easy method of [facilitating] cervical ripening is therefore of great significance.” So, let’s randomize a few hundred women starting at like the 37th week to eat about six dates a day—or not—until their first contraction.

Cervical ripening is rated with a Bishop score. Normally, a score of five or less “indicates an unfavorable cervix,” whereas eight or more and you’re good to go, and…the average Bishop score in the women randomized to the date group was significantly higher, closer to eight, whereas the date-free group was down at around five, and the cervix was more dilated in the date group. And hey, dates are healthy anyway, so maybe dates should be “recommended for pregnant women to help with cervical ripening, particularly in the last weeks” of their pregnancy.

A randomized, controlled trial of hundreds of pregnant women found that having women eat around six dates a day for a few weeks before giving birth can significantly improve “cervical ripening,” the readiness of the cervix, the opening to the birth canal. You can also use drugs or surgery to prep the cervix. “[O]xytocin is the most common agent”—you may have heard doctors talking about Pitocin—that’s the brand name. Although it’s effective, its use is “associated with multiple [potential] adverse side effects,” which can affect both the mom and the baby. If only there was a safe, simple, side-effect-free solution. Well, dates may fit the bill.

“The use of oxytocin for labor induction in the [date] group” was less than half that of the control group, and the few on dates that were induced had more successful deliveries. An earlier study in which prior date consumption appeared to shorten labor by more than six hours speculated that maybe dates themselves have oxytocin-like effects. All right, how about a head-to-head trial, “comparing the efficacy of dates [versus] oxytocin in the management of postpartum [bleeding]”?

“Postpartum hemorrhage [excessive blood loss after birth] is one of the major complications of pregnancy,” and the leading cause of maternal mortality. As the placenta peels off, the uterus is supposed to contract to staunch the bleeding, and if it doesn’t—if the uterus doesn’t have sufficient muscle tone—you can give an injection of oxytocin to help squeeze off the blood loss. Like all drugs, though, it can have side effects, sometimes causing a dangerous drop in blood pressure. There’s also various devices that can be inserted to apply pressure, and worst comes to worst surgery, but why not try fruit first? “[A]vailable, cheap,” and side-effect free; yeah, but does it work?

They set up a “randomized clinical trial” to find out. Immediately after the placenta came out, women were given a one-time dose of like five dates or an intramuscular shot of oxytocin. Then they just collected all the blood to see which worked better.

But wait, if dates have oxytocin-like effects to contract the uterus, shortening labor by helping to “induce earlier uterine contractions,” might date consumption increase the risk of premature labor? I guess we’ll never know…until now.

The effect of date fruit consumption on the “length of gestation.” Starting at about 38 weeks, women were randomized to eat seven dates a day, or not. And…eating dates did not affect delivery dates, but what it did do is “significantly reduce” the need to induce labor with drugs. Half of the non-date group were induced versus 30% less in the seven-dates-a-day-for-a-week group.

And, induction of labor is serious business. It can increase complications such as bleeding,  [C-] section, uterine hyper stimulation, and even [uterus] rupture.” And, apart from the complications, women who are induced “tend to [feel] less satisfied with their birth experience.” “Therefore, dates consumption in late pregnancy is a safe supplement to be considered as it reduced the need for labour intervention without any adverse effect on the mother and child.”

The only thing we’re missing now is a double-blind study—not just a randomized trial, but a placebo-controlled study, right? The women in the date group obviously knew they were eating dates, and maybe that had some kind of placebo effect? The only double-blind study I could find on dates and delivery is in Arabic, but the English abstract describes how women just entering their active labor phase were given a date syrup or placebo. That’s brilliant. Hard to make a placebo date, but you could make some kind of placebo syrup, like molasses or something. Note when they say honey date syrup they’re not talking about a syrup of honey and dates, but a syrup made out of honey dates, which is a soft melt-in-your mouth variety easy to whip into a syrup.

And: “Normal labor progression” was evidently higher in the date group, around 98% compared to less than 70% in both the placebo and control groups. And, “labor duration was also shorter in the [date] group,” like two hours shorter.

So, on your due date, maybe we should give dates their due.

What to do when your brain chases food rewards 

Get More from Your Cybersecurity Spend When Inflation Rates Climb

Crashes, mechanicals, and a top-five: Rollercoaster Omloop for Campenaerts