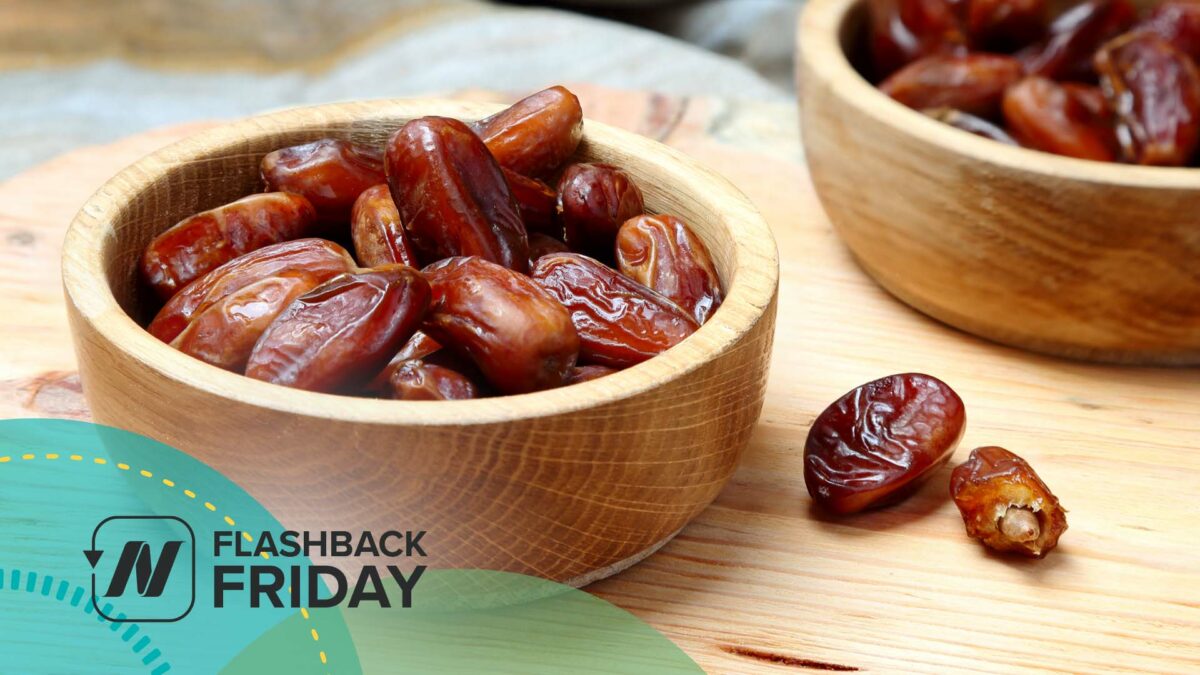 Dates are one of the healthiest sweeteners. That’s what we use in The How Not to Die Cookbook. You can blend them with water to make date syrup or use date sugar, which is a whole food—just dried dates ground into powder—and as such is packed with nutrition, ending up with as much antioxidant power as blackstrap molasses, but without the strong taste—though not all brands are the same. For example, Bob’s Red Mill may have twice the antioxidants compared to NOW Foods, though they only tested one package each. Okay, so dates are healthy compared to other sweeteners, but that’s not saying much. Do dates have any special medicinal properties?

You’ll see papers like this in the medical literature, touting the “Therapeutic effects of date fruits in the prevention of diseases…anti-inflammatory, anti-oxidant and anti-tumour activity,” complete with figures like this of the purported “pharmacological activities of dates fruits in disease control.” But what they don’t say is some of this may be based on studies like this, where they feed dates to rats. That sounds nice, but then induce testicular ischemia, by twisting their left testicle clockwise 720 degrees, so like two full rotations, to completely kink off the blood supply. So, did the dates help? Who cares if the dates helped? We’re talking about rat testicles! It’s like when researchers test the nut-on-nut effects of pecans. What relevance does that have?

Though ironically, perhaps the strangest assertion here, that dates help with labor and delivery, is actually supported by randomized and double-blind, placebo-controlled trials, as I’ve covered before; so, let’s keep an open mind here. What about the purported anti-cancer effects?

Researchers studied the impact of dates on our good gut flora and “colon cancer cell proliferation.” Our gut harbors about 10,000 billion micro-organisms and “is considered the most metabolically active site in the human body.” All sorts of crazy stuff is happening down there. And we can reward our good gut flora by feeding them prebiotics, like dietary fiber, and polyphenols, a class of antioxidant phytonutrients. And dates have “high levels of both.”

Okay, so let’s blend up some dates with some gut flora, “faecal slurries” donated by volunteers. You’ve heard of green smoothies? This is more like a brown smoothie. Well, what happened? Both the whole date extract and just the date polyphenols were “able to significantly increase the growth of beneficial bacteria,” and then they also assessed the ability of mixtures to inhibit the growth of colon cancer cells in a petri dish. Even just the polyphenol fraction cut cancer cell growth by more than half, and the whole date extract nearly blocked cancer cell growth completely. “Together these data suggest that consumption of date fruits may enhance colon health by increasing beneficial bacterial growth and inhibiting the proliferation of colon cancer cells.”

It would have been nice if they had actually studied the effects of dates in the actual colon, but there had never been such a study… until now. The “[i]mpact of…date consumption on [gut flora] growth and large intestinal health: a randomised, controlled, cross-over, human intervention study.” Volunteers were randomized to either a control group or seven dates a day for three weeks, and… “there were significant increases in bowel movement…frequency,” not surprising eating the additional fiber, but also “significant reductions in stool ammonia concentration…after consumption of dates.” I have a video on why that’s important.

Dozens of different date varieties have been pitted—no pun intended—against a variety of cancer cells in vitro. Not just colon cancer and stomach cancer, which the dates might actually come in contact with, but also prostate cancer cells, lung, and breast cancer cells. But, of course, we’d have to first show that the active components are actually absorbed into the bloodstream, and end up in those organs.

Does Cortisol cause weight gain? everything you need to know.

50% of Women With Ovarian Cancer Die From It. Valerie Palmieri Is on a...

Whet your appetite for Blumenauer Bridge opening with these fresh photos

Spring into a Strength Circuit