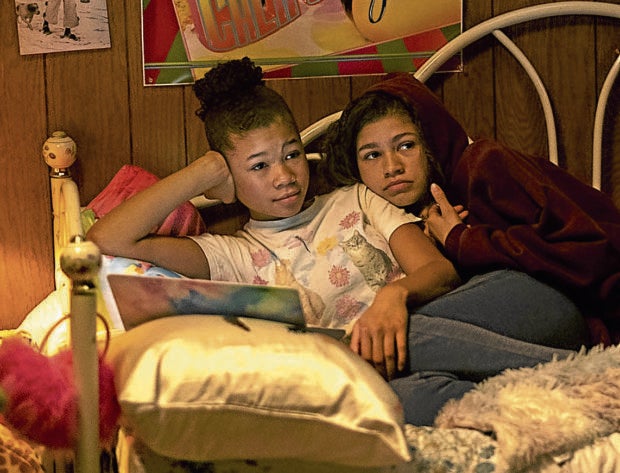 The characters of “Euphoria” are so flagrantly flawed that they’re almost intoxicating to watch. In Season 2, as high school junkie Rue Bennett (limned to troubling perfection by the transfixing Zendaya) spirals downward into relapse, so does the popularity of the entire cast.

While it may seem to romanticize drug abuse, binge drinking, promiscuous sex, abundant nudity and shocking violence, the show, which wraps up its sophomore season at 11 p.m. on Monday on HBO and HBO Go, also demonstrates the very real dangers of anything done in excess.

It’s the sort of ensemble drama that doesn’t just give birth to an entire fandom, it likewise turns actors into veritable celebrities.

Our Q&A with the women of “Euphoria”: 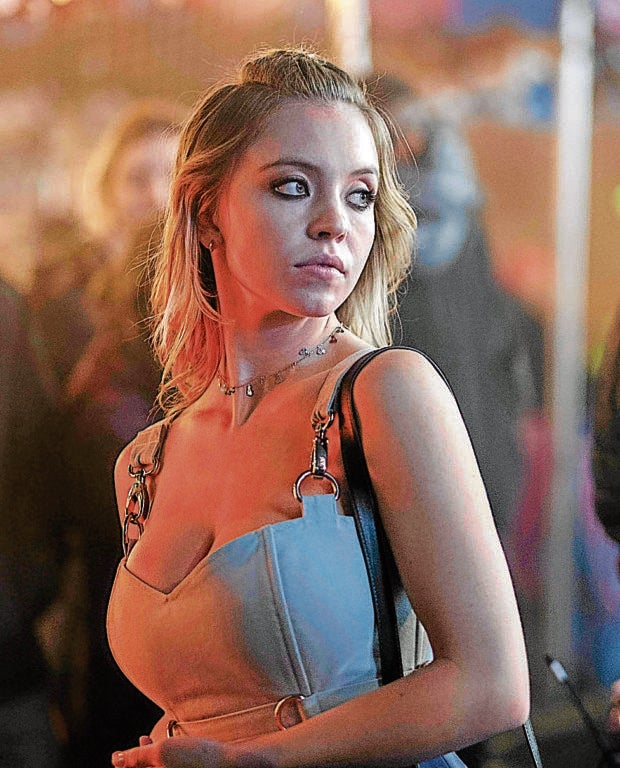 There’s a lot of nudity in the series, for both men and women. I’ve never seen so many penises in my life on a TV screen. Particularly for Sydney, how did you cope with shooting those daring scenes?

I’m honestly perplexed by the reaction. It’s surprising how fans can’t separate me from my character and the decisions Cassie makes—that’s what I’m shocked by. Regarding all of that nudity, it’s a question that’s best directed at (showrunner) Sam Levinson, because he created the show.

As for me, we have an intimacy coordinator, so I feel we’re in a very safe and comfortable environment to do these intimate scenes. It’s very technical. Everything is worked out and choreographed, so nothing feels like it’s just thrown in my face.

I mean, it’s life. You get naked; we all get naked life. I think that there’s definitely a double standard there. Men are often seen shirtless in movies and TV shows, and they get awards or win Oscars for doing so … but why can’t a woman do the same?

What is the show’s importance toward its younger audience? And what goes on in Cassie’s mind at this point in her life?

Actually, the message of the show is important for all generations. We may depict teenagers, but these characters go through emotions and situations that we’ve all experienced before. And that carries this series across all generations.

This time, Cassie has multiple images in her mind as to what she’s trying to accomplish, whether it concerns the other girls or how she aspires to be the perfect girl for Nate (Jacob Elordi). That’s her journey throughout the season. 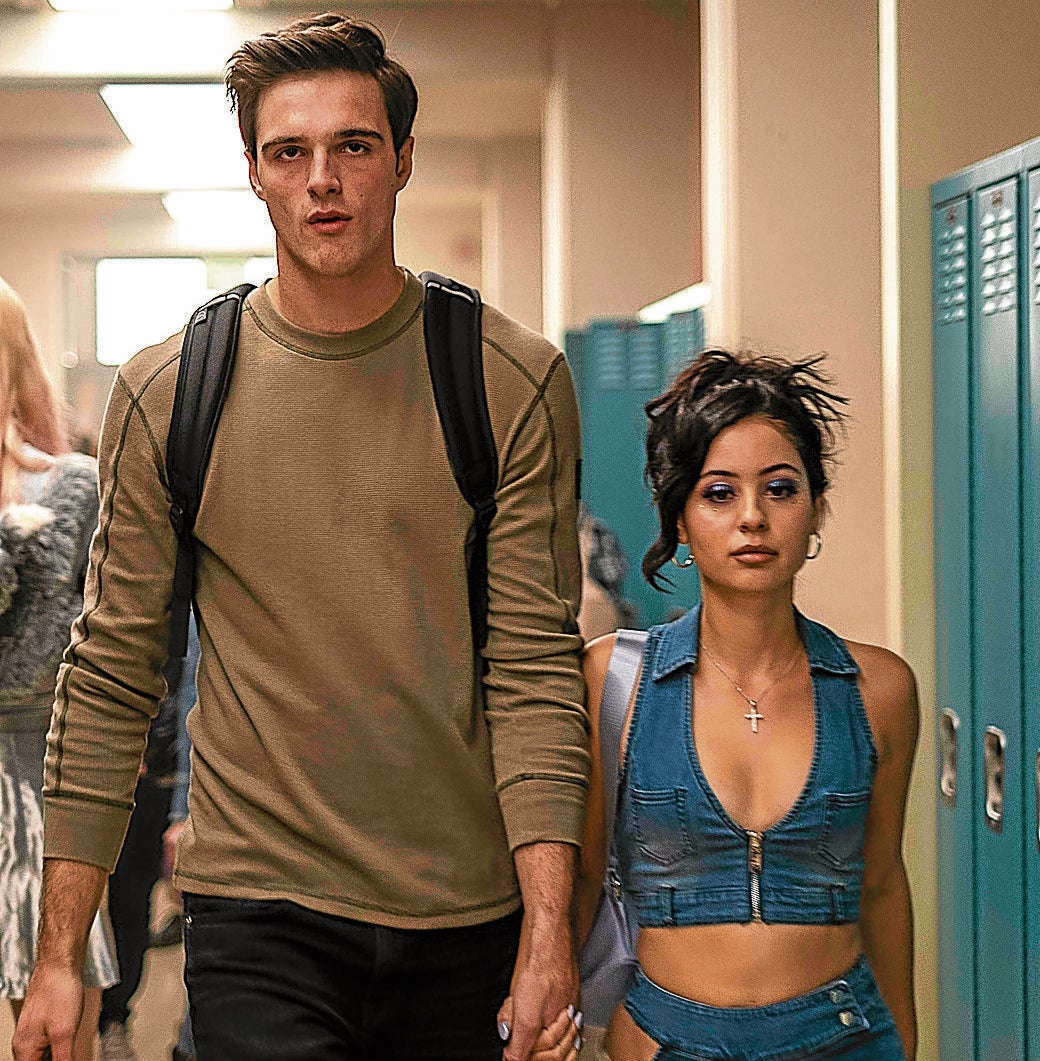 Everybody’s talking about what teenagers can learn from this show. But what can parents take away from it?

Parents sometimes forget that the decisions their kids make are direct reactions to things that they’re going through … at home or in school. So maybe it’s important for them to have a little more patience, understanding and empathy.

How much higher are the stakes for you in Season 2?

The stakes are raised for everybody. We all go through really intense moments and things add up and are heightened, from the decisions each of us makes to how those decisions affect the other characters. 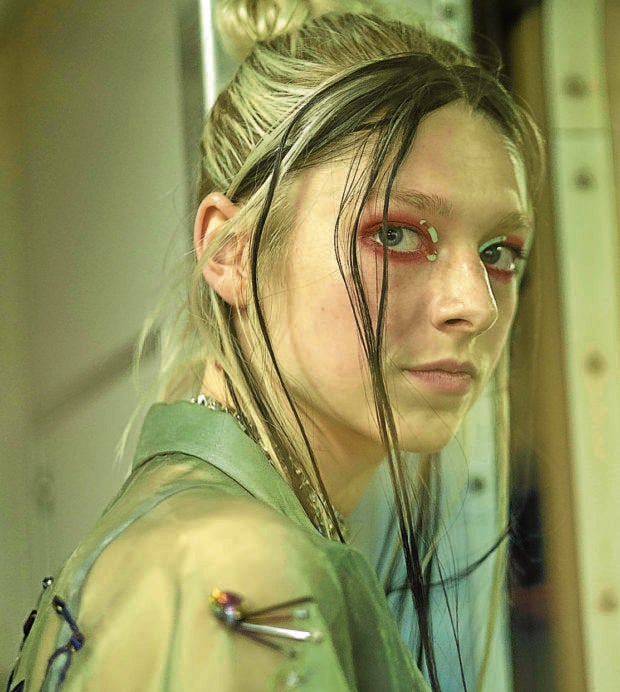 Do you think this series is changing the way LGBTQIA issues are being discussed in public?

Yeah, it’s one of the reasons I was drawn to the show. Jules was why I was interested in auditioning for this, because it’s something I’d long been yearning for. I wanted this new representation of a young transgirl because I identified with her personally.

It’s a character that delves into something queer and less straight—which is super cool. So, I hope that it looks truthful and manages to resonate with those who identify with her within the LGBT community. 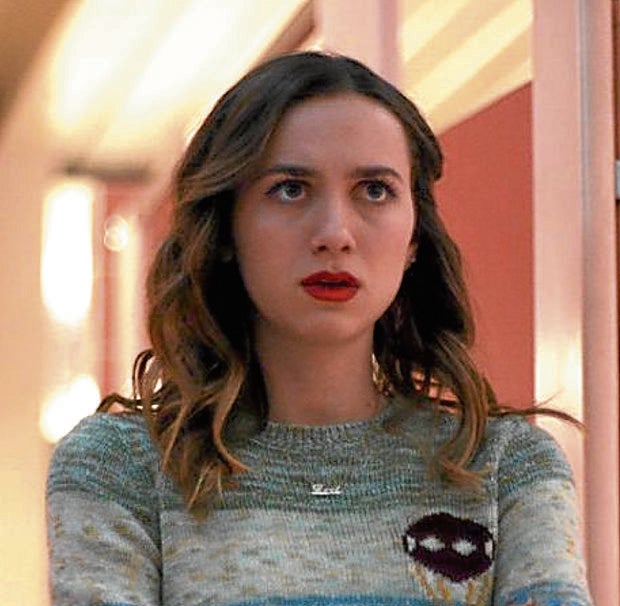 There’s even more violence, nudity and drugs this season. Do you think that such brutality is necessary?

It’s obviously heightened, and I think Sam is smart in the way that he executes it. He’s trying to open these conversations so we can talk about these issues—after all, this is all happening [in real life].

Yes, it’s sometimes shocking to see the way it’s presented onscreen, but it’s not so far off. It may be tough to watch at times, but I don’t think it was Sam’s intention to make anyone idolize these characters. 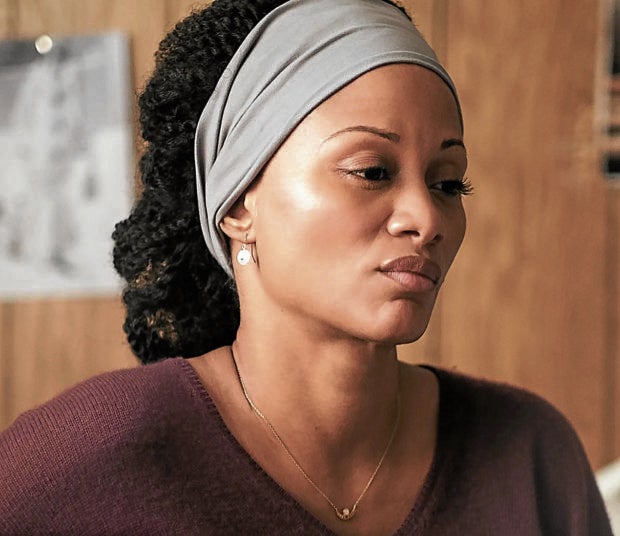 In your view, how is this show different from others of its kind?

My background is comedy—I do standup, as well as sketch comedy. It’s a dramatic role. But I come from a family where addiction was part of the household as a child, which enabled me to pull from my experiences growing up.

So, if I liken this to eating meat, the role is like a juicy steak—and I was just eager to sink my teeth into it. Every time I read my scenes, I was like, “Yes, yes!” Then, for Season 2, I was like, “Yes, I need more!” You can tell I’m hungry, right (laughs)? It was just getting meatier and meatier. It’s a dream role, I must say.

This time, Leslie is more frustrated with Rue, because now she’s realizing that Gia is getting affected. I’m not a parent, but I can imagine having two young girls where one is dealing with addiction and anxiety, while the other is extremely studious. And you kind of see the scale starting to tip. So, Leslie has to make some hard decisions and give Rue some tough love.

Whose story resonated with you the most?

This makes me think of how I was as a teenager a long, long time ago, so I would have to pick Cassie’s story. She’s looking for love in all the wrong places—and I can totally relate to that!

As a teenager with low self-esteem, I was always looking for validation and acceptance outside of myself. Then, I found myself in situations that were just not healthy. But I am a changed person now! I’m different, and I’m better (laughs).

The show paints a bleak picture of teenage life. In which way do you think it’s more difficult to be a teen in 2022?I’ll answer this because I’m the youngest on the show. Being a teenager is rough. I can’t speak for my entire generation, but I feel like Gen Z has been forced to grow up faster than all the other generations before it.

We live in the age of social media where so much information about anything is at our fingertips at all time. But that’s a double-edged sword, where you just have to be purposeful about how you move through the world.

That might sound weird because we’re just starting to find out who we are as people and deciphering who we want to be. But I think it’s our duty to be the best teenager we can be. I equate being a good teenager to being a good person.

It’s important to realize that we’re not perfect and we’re not going to understand everything. I’m just an 18-year-old girl who’s trying to figure out a world that’s complicated … where it can get dark and confusing sometimes.

That’s why I’m appreciative of “Euphoria” because it makes people my age feel seen.

COVID-19 related placental tissue destruction and insufficiency may cause stillbirth and neonatal death from...

Study shows monoclonal antibody and antiviral therapy are useful in preventing the severity of...