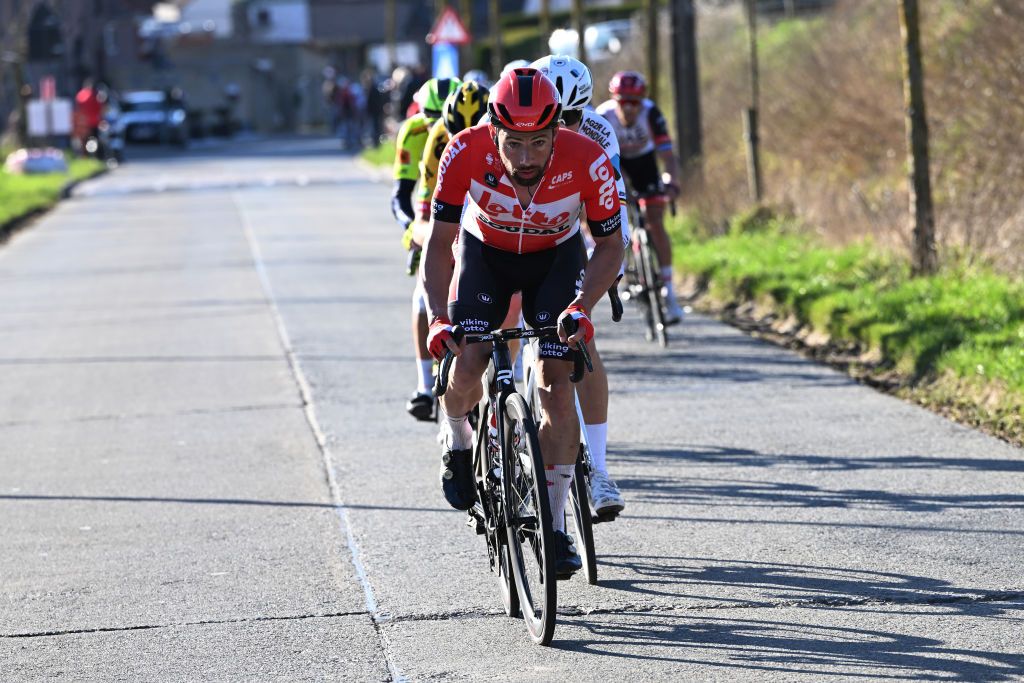 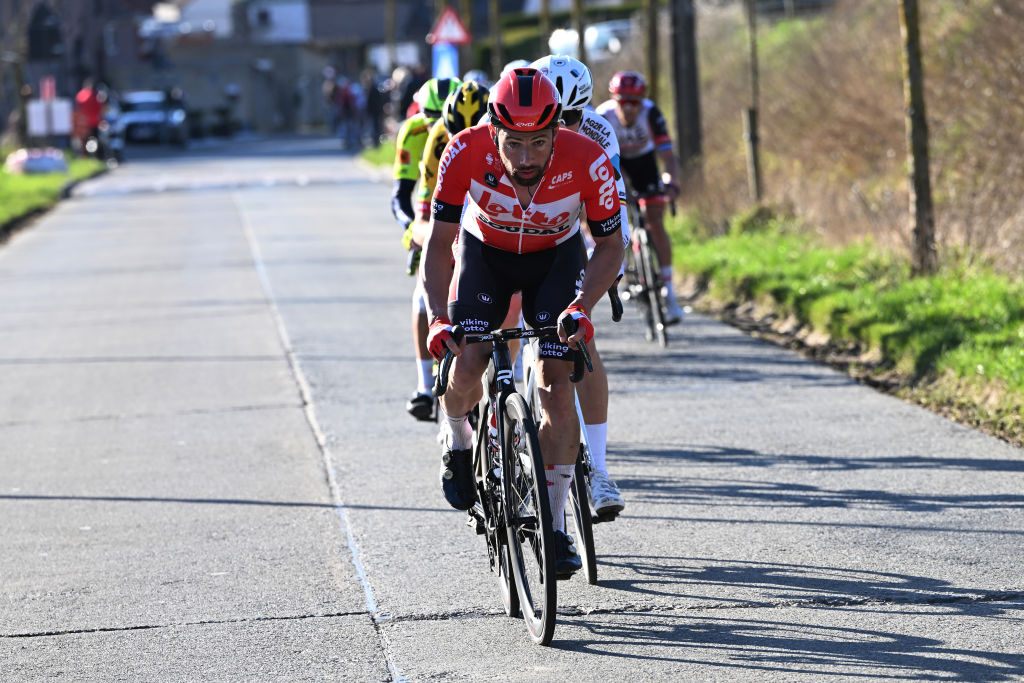 Earlier this week, Victor Campenaerts issued a statement of intent and something of a rallying cry ahead of the Opening Weekend of the cobbled Classics, outlining his own ambitions as a newfound Classics rider and the way his Lotto Soudal teammates would “tear the races to pieces”.

After Omloop Het Nieuwsblad, the first of this weekend’s double-header in Belgium, he has been proven true to his word.

Campenaerts waged an all-action race, even if much of it was off the back of the bunch plugging holes. He stayed afloat – and indeed’ floated’, as he put it, up the Muur van Geraardsbergen – before taking a remarkable fifth place at the finish in Ninove.

“I wouldn’t have signed for a fifth place beforehand, but given the race conditions I’m satisfied with that,” was his’ assessment.

Campenaerts, riding only his second classics campaign after spending most of his career as a time triallist, was fully acquainted with the chaos of the cobbles on Saturday afternoon.

His first flat tyre came on the Paddestraat cobbles 85km from the finish, but it was the second that threw him off course and to the ground. He flatted and then had to brake on the Holleweg with just under 60km to go but couldn’t avoid the crash in front of him and ended up on the pile.

He rode on and managed to chase back on after a while, but his rear mech had been damaged and he had to change his bike with 45km to go. Just a few kilometres later, he had to stop again, running into a dead end after trying to move up “too enthusiastically” ahead of the Haaghoek cobbles.

It was a frantic half hour but once he was back in the thick of it, he was given an initial armchair ride as Florian Vermeersch attacked from range with Stefan Küng (Groupama-FDJ). He couldn’t follow Jumbo-Visma’s attack on the Berendries but then was right up amongst it as a new lead group of 20 emerged over the Muur with 16km to go. He then jumped on a speculative attack from Oliver Naesen and, when that was brought back, opened up again when Wout van Aert launched his race-winning move on the Bosberg.

Campenaerts was one of only two riders to follow initially but had to relent once they hit the cobbled climb. Still, in arguably his weakest suit, he summoned a sprint that was good enough for fifth place from the large chasing group.

“When Wout started just before the Bosberg, I doubted maybe just that little bit too long. I tried to respond but soon realised I wouldn’t be able to. In order not to completely destroy myself, I flicked the switch and waited for the chasing group,” Campenaerts explained.

“Had I been able to take the penultimate corner ahead of Sonny Colbrelli, I might be on the podium, but I had a little too little faith. Well, I’m not a sprinter.”

Speaking to Cyclingnews earlier in the week, Campenaerts had boldly stated that he and his teammates would adopt a collective and aggressive approach that would be “good for cycling”. Despite Tim Wellens, one of the pre-race favourites, not starting due to illness, he and Vermeersch combined nicely and did what they set out to do – not defend.

“As a team we would of course have preferred a better result, but despite the absence of Wellens, we certainly didn’t do badly today. The atmosphere and team spirit is good and I am sure there is more to come than just a fifth place,” Campenaerts said.

Vermeersch, set for a big spring after his runner-up spot at last year’s Paris-Roubaix, added: “It would have been more interesting if not only Küng and Vliegen, but also a few other strong riders had made the leap forward with me. Respect for what Victor shook out of his legs today, he rode an epic race.”

After suffering so many setbacks, firing a couple of bullets, and still finishing fourth in a sprint from a group of 20, one thing is clear: Campenaerts is in top form. He has spent the past couple of months holed up in a special ‘altitude’ hotel in coastal south east Spain, training with laser focus for the spring, and announced himself as a major player for the spring.

“I knew I was in good shape and on the Muur you automatically float to the top with good legs,” he said.

“My goal is to win a race on cobblestones, with the last chance at Paris-Roubaix. The condition is there, that’s for sure. So without any setbacks, there will be opportunities to take that victory.”

What Are My Options If I Have Painful Orgasms?