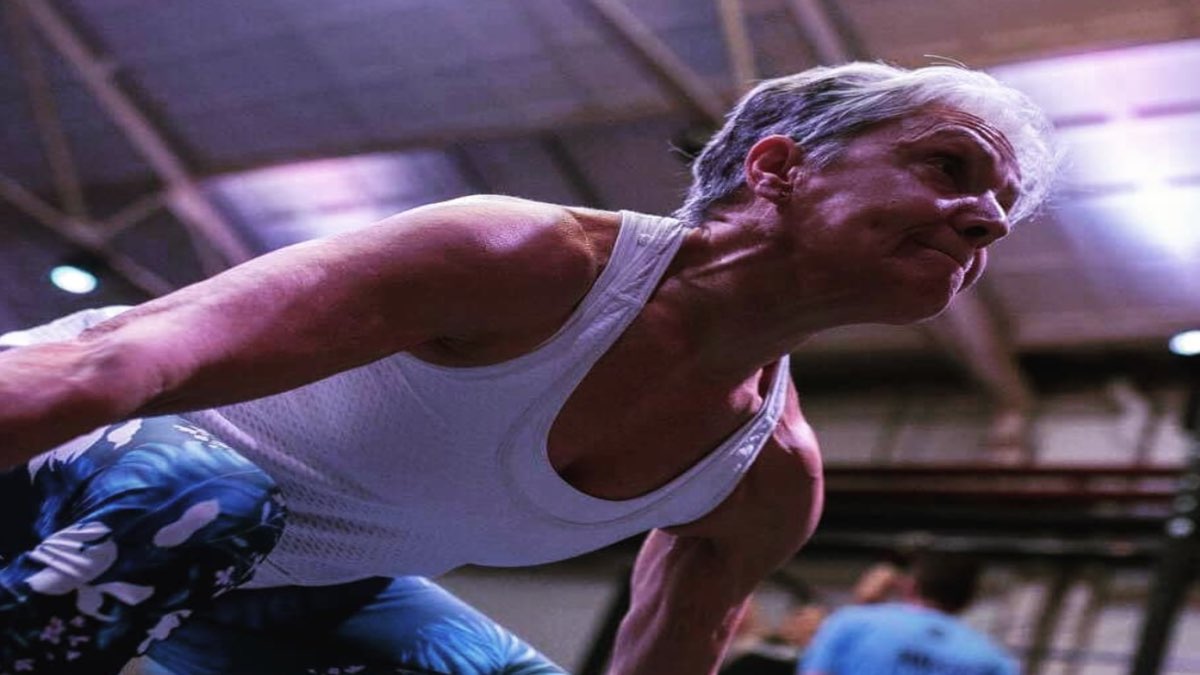 On July 26, 2022, the CrossFit Games Instagram profile highlighted Joke Dikhoff — a 72-year-old competitor from the Netherlands — by sharing one of her June 15 videos where she completes a legless rope climb. In the same post, Dikhoff rolls through barbell snatches, GHD sit-ups, and does bench presses for reps.

The upcoming 2022 NOBULL CrossFit Games will see Dikhoff perform as the oldest athlete in the entire field and the oldest in the contest’s history. She will be amongst the Age Group CrossFit competitors in the Women’s 65+ division on August 3-7 in Madison, WI.

While many eyes will be on five-time reigning Fittest Woman on Earth®, Tia-Clair Toomey, and defending Fittest Man on Earth®, Justin Medeiros, in the coming weeks — Dikhoff’s presence is noteworthy.

This edition of the CrossFit Games will be Dikhoff’s third appearance in the staple competition (2014-2015). In 2014, during her Games debut, Dikhoff took home an eighth-place result. The following year, she finished in 13th place. (Dikhoff competed in the Masters Women 60+ division in both years.)

[Related: Strongman Rob Kearney and CrossFitters Mat Fraser and Mal O’Brien Get After It in Overhead Workout]

In the caption of her Instagram post, Dikhoff expresses gratitude for her qualification. She issues words of thanks to her son, Marc. Then she follows that with an appreciation for her CrossFit NewStyle contingent — a CrossFit gym in Utrecht, Netherlands.

Per the CrossFit athlete, her son and her CrossFit peers at home played instrumental roles in training and preparing her for these Games.

“Special thanks to my son, Marc Dikhoff, the brains behind this master plan,” Dikhoff writes. “I would also like to thank my CrossFit NewStyle community, as they have always been there to support and cheer me on. I’m proud to be a CF NewStyle athlete.”

The Age Group segment of the 2022 CrossFit Games will begin on Thursday, August 4. The Fittest on Earth® title will be awarded on Sunday, August 7. Unlike the Individual and Team portions of the contest, there will be no rest day for the Age Group competitors. At the time of this writing, the CrossFit organization has not announced the events for any of the divisions.

Dikhoff could be a contender for her first-ever podium result if she can maintain her recent consistency.

11 Types of Magnesium – All You Need to Know

Why An mbg Shopper Loves cellular beauty+ For Skin Resilience

Deaths Linked to High Blood Pressure in Pregnancy Are Soaring

5 Signs You Need to Take a Rest