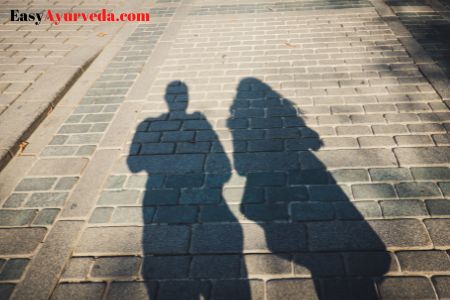 8th chapter of Charaka Indriya sthana deals about the signs of imminent death as indicated by the distortion of the shadow of the individual. The chapter name is Avaakshirasiya Indriyam.

Read – Bad Prognosis Of Diseases Based On Dreams and Shadows

To sum up:
The wise physician should closely search for these signs repeatedly because some of them disappear in a short moment after their manifestation.
None of these signs remain without leading to the consequences already described i.e. all of them indicate imminent death. [27]
Thus ends the ‘eight chapter’ on imminent death as indicated by signs like the distortion of shadow of the individual, viz, the inversion of the shadow of the head, of the Indriya section of Agnivesha’s work as redacted by Charaka.

What I am Thankful For