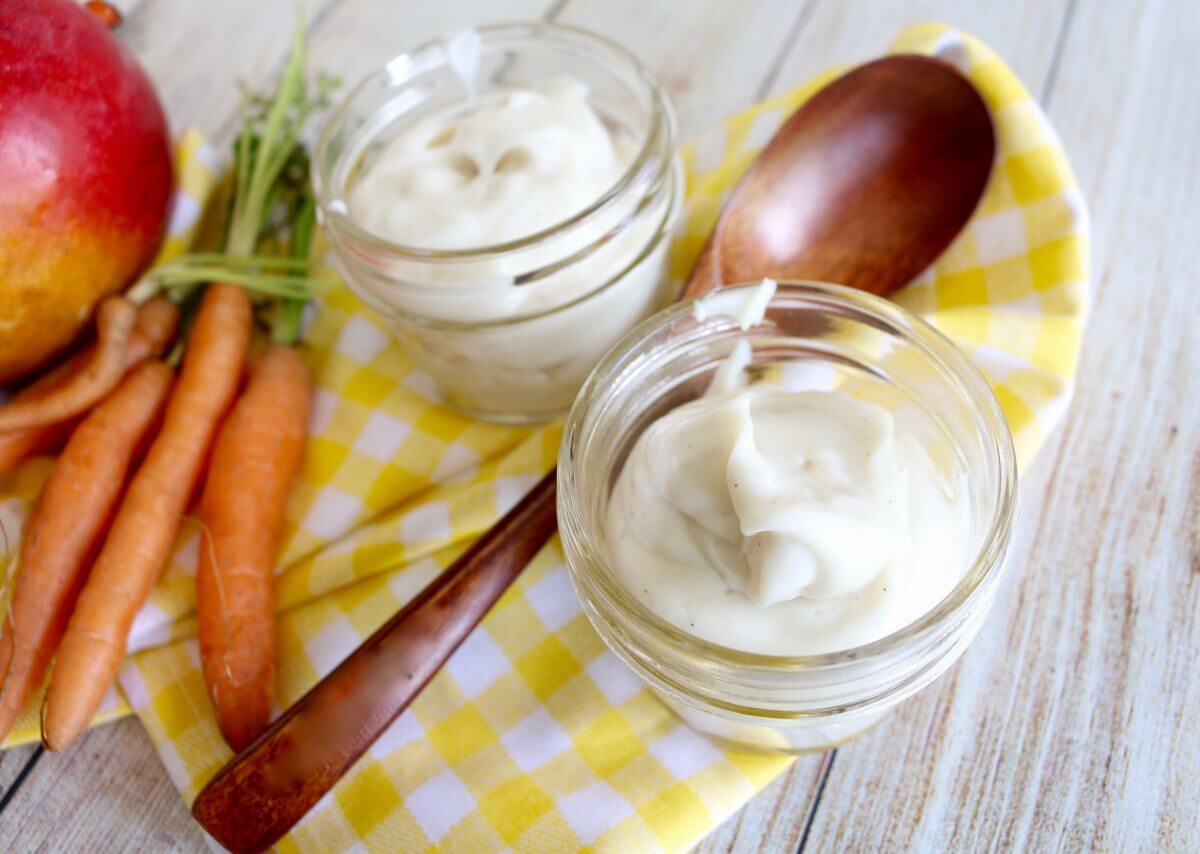 Boost your good gut bacteria with probiotics in order to enhance your immune function, and help fight off inflammation and infection.

Thanks to the pandemic, as well as cold and flu season, we are reminded that eating to enhance the immune system is a hot trend. Sauntering down the supermarket aisle, you will surely spot a variety of food products—from cookies to juices—boasting immune health benefits. In fact, food industry insiders consider immune support a new functional food niche. MarketWatch reported in March 2019 that the global probiotics market is anticipated to reach over $77 million by 2026, referencing consumer awareness of the health benefits offered, such as improved digestion, stronger immune system, healthier skin, and decreased chances of cold and flu. According to a September 2019 issue of Nutraceuticals World, there was a 72% rise in food and drink launches featuring probiotics in 2018. They report other reasons behind consumer interest, among them are an increasingly polluted world, hard-to-kill microbes, concerns about the pandemic, more stress due to work and family responsibilities, and a reliance on highly processed foods that may potentially compromise a person’s immune system and increase risk of illness.

As healthcare costs rise, maintaining a strong immune system provides tangible value for many people. Mothers are always on the lookout for ways to help their children avoid catching the latest bug. Boomers are determined to live active lifestyles as they age, searching for preventive methods to maintain their health. According to the Natural Marketing Institute’s Health and Wellness Trends Report, people believe that maintaining good immune health is the best way to prevent illness. The increased interest in eating for immune health is a good thing, since infectious diseases are the world’s leading cause of morbidity.

But just how much science is there to support probiotics’ role in improving immune health?

The immune system, the body’s protective network that fends off the invasion of harmful substances such as bacteria, viruses, and chemicals and guards against the development of cancer, allows humans to flourish in a busy, interactive world. Multiple barriers protect against foreign invaders, including the skin, inflammatory responses, and specific immune responses, such as certain types of immune cells like natural killer cells and macrophages that destroy pathogens.

One key player in immune health is the gut, a part of the body that is constantly exposed to toxins and foreign antigens, such as those from food and microbes. According to nutrition and immune expert Simin Meydani, DVM, PhD, director of the Jean Mayer USDA Human Nutrition Research Center on Aging and the Nutritional Immunology Laboratory at Tufts University, “The gut is the largest immune organ in the body, accounting for 25% of the immune cells in the body that provide 50% of the body’s immune response. There are more than 400 species of bacteria residing in the gut, and they have symbiotic relationships with your body.”

Meydani calls the gut flora “the forgotten body organ” because of its vital yet underappreciated health functions. “There are 100 trillion bacteria in our intestines. The assembly of intestinal bacteria is called the intestinal flora. They form an ecosystem like a flower garden,” reports Haruji Sawada, formerly the director of the Yakult Central Institute in Japan. In fact, there are 10 times more intestinal bacteria than there are human cells in the body. Humans develop their intestinal flora after birth, not in the womb. Thus, newborn babies’ gastrointestinal tracts are sterile but quickly become colonized by microorganisms after birth. During babies’ first year of life, the intestinal microbiota begin to develop to resemble that of an adult.

The current knowledge base on intestinal flora is expanding. “It’s pretty clear that the microbes in your body are an important part of the development and function of the immune system. Microbes have evolved mechanisms to communicate with immune cells, and our bodies communicate with microbes,” says Mary Ellen Sanders, PhD, a consultant on probiotics for the food and supplement industry. Scientists know that intestinal microbiota may aid in the maturing of immune cells and physically block the passage of pathogenic bacteria and antigenic components of foods.

Sawada explains that intestinal bacteria are separated into good (beneficial), opportunistic, and bad categories. Beneficial bacteria, such as Bifidobacteria or Lactobacilli, help maintain health by resisting bad bacteria and harmful substances and aiding digestion and nutrient absorption. Opportunistic bacteria such as Enterobacteria take advantage of certain conditions to cause disease. And bad bacteria such as Staphylococcus and Clostridium cause disease because they produce toxins or are carcinogens.

“Factors influencing the intestinal flora include an unbalanced diet, stress, fatigue, aging, antibiotic therapy, and bacteria-contaminated food,” says Sawada. “These conditions increase the levels of harmful bacteria in the intestines.”

Science on Probiotics and Immune Health

Looking to probiotics to support immune health is nothing new; the idea has existed for more than 100 years. Probiotics’ main benefit is that they help restore balance in the intestinal microbiota. “Probiotics are live microorganisms that beneficially affect the host by improving the intestinal flora,” says Sawada.

Scientific evidence is now emerging to further support probiotics’ role in immune health. “There are mechanistic studies that show when you consume a probiotic, it can interact with different immune cells and lead to potentially positive changes,” says Sanders. Tetsuji Hori, formerly the Yakult USA science manager, reports that while there are other mechanisms involved in probiotics’ immune benefits, natural killer cell, a lymphocyte that functions in the rejection of tumor cells and cells infected by viruses, is of particular interest. He reports that research indicates the probiotic Lactobacillus casei Shirota (LcS) augments natural killer cell activity.

“A growing number of studies show that probiotics can help healthy subjects stay healthy,” says Sanders. “For example, studies have shown that children in day care centers don’t get sick as often when they consume probiotics. If you combine the mechanistic studies with the studies showing fewer respiratory and GI infections, it suggests that the immune effects are meaningful.”

While the research is building in support of immune-protection benefits in general populations, there is also much to consider in treating special conditions or groups of people. For example, Koji Nomoto, PhD, chief researcher of the Yakult Central Institute, reports on the effects of the preoperative oral administration of synbiotics (prebiotics and probiotics) in patients with biliary cancer who were undergoing high-risk hepatobiliary resection. The study found that the preoperative oral administration of synbiotics enhanced immune responses, attenuated systemic postoperative inflammatory responses, and improved intestinal microbial environment. Such benefits may reduce postoperative infectious complications after hepatobiliary resection for biliary tract cancer.

Just because science suggests that probiotics may support immune health doesn’t mean every product on the market offers the same advantages. “It’s important to remember that probiotic benefits are strain specific, dose specific, and maybe even matrix specific. For example, probiotics in capsules may have different effects than probiotics in yogurt. Also remember that not all products in the marketplace called ‘probiotic’ have solid science backing them,” stresses Sanders.

Indeed, there are scores of probiotic products available, and they’ve moved beyond fermented dairy products such as yogurt and kefir; today, dietary supplements and products such as frozen yogurt, cereal, juice, and cookies claim to contain probiotics. To complicate matters, consumers are easily confused by probiotics. This complex concept involves good and bad bacteria as well as a slew of complicated scientific terms about the immune system. And whether a particular probiotic product contains adequate amounts of efficacious probiotic strains is another matter.

“My strongest recommendation is to use probiotics with good-quality evidence behind them. But it can be hard to see benefits with immune health in consumers who are generally healthy anyway. Since there is a good history of safety with probiotics from genera such as Lactobacillus and Bifidobacterium, I don’t see anything wrong with people trying products out to see if they work for them,” advises Sanders. “If consumers choose probiotics in foods, they may see a reduction in being sick with GI or upper respiratory illnesses, and they can also benefit from the nutrients in the product, such as calcium and protein in yogurt. When it comes to specific applications in certain illnesses, such as immune-suppressed individuals, the science is emerging, so stay tuned. Be familiar with the research and look at the quality of the studies.”

To read more about gut health and diet, check out these blogs:

How to Clean Your Raw Foods from Potential Contaminants

Australian leader says reopening of borders may not be far away