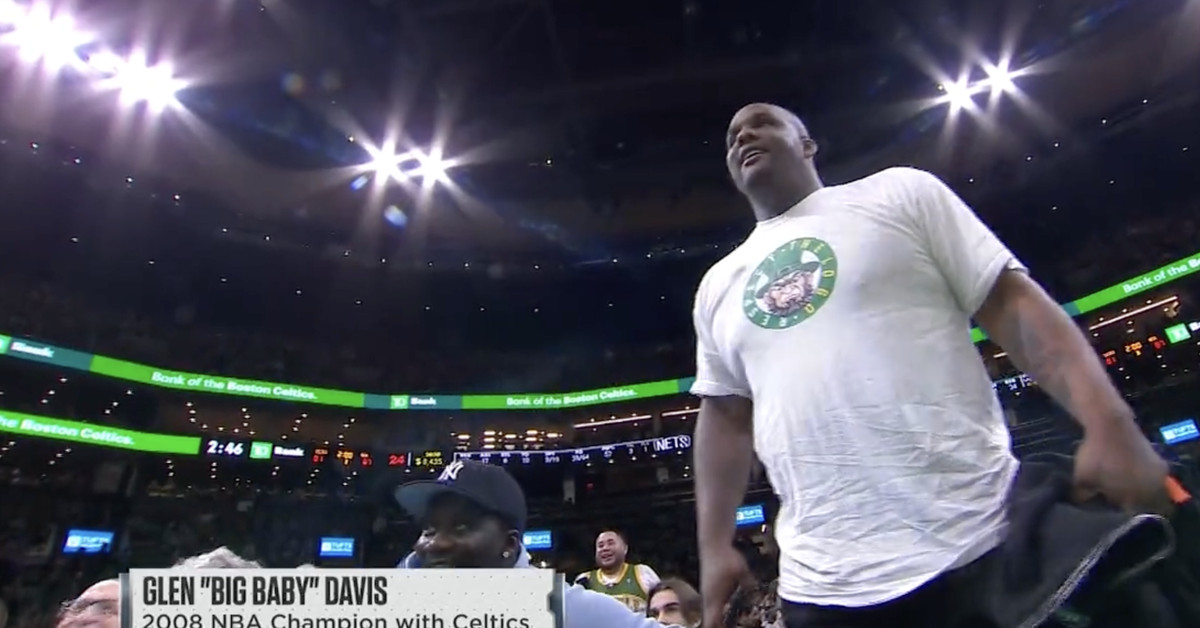 Glen ‘Big Baby’ Davis hasn’t played in the NBA since 2015, but he’s always welcome back in Boston as a member of the Celtics’ 2008 championship team. Davis was in attendance as the Celtics took on the Nets on Sunday, but apparently Boston didn’t hook him up with the tickets he wanted.

As ABC cameras showed Davis in the crowd in a courtside seat, someone came up to the former big man and told him they a ticket for the seat he was sitting in. Davis played it off like an honest mistake and moved back a few rows.

I’m not going to pretend like I’ve never tried to sneak into better seats at a game. You know there’s always a chance you will get busted. The fact that it happened to Davis while he was being shown on TV is simply hilarious.

Let’s us also take a moment to appreciate that Davis wore a shirt that said “respect the logo.” Last year, Brooklyn Nets star Kyrie Irving went out of his way to stomp on the Celtics’ logo after a game with the Nets. Boston fans loudly booed Irving, a former Celtic who left the team in 2019, every time he touched the ball.

Big Baby is obviously a true fan. He just needs to pay up if he really wants courtside seats.

Magnets made by soil bacteria offer hope for breast and prostate cancer | Cancer...