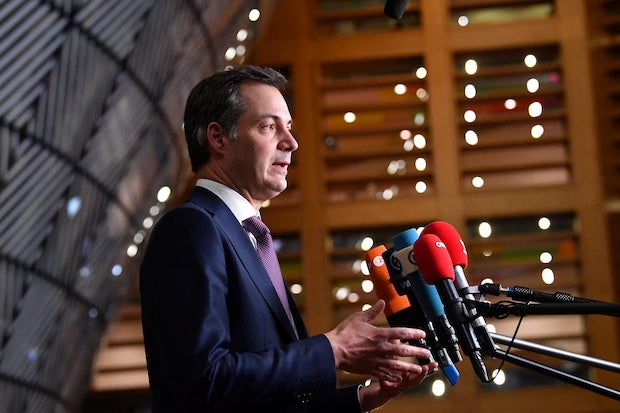 Belgium’s Prime Minister Alexander De Croo speaks to the press as he arrives for an emergency European Union (EU) summit at The European Council Building, on the situation in Ukraine after Russia launched an invasion in Brussels, Belgium Feb. 24, 2022. (John Thys/Pool via REUTERS)

Belgium will deploy 300 troops in Romania as part of NATO efforts to strengthen its eastern flank, Belgian Prime Minister Alexander De Croo said on Saturday, as Russia pounded Ukrainian cities with artillery and cruise missiles for the third day.

“Belgium assumes its responsibility within NATO Rapid Response, of which elements were activated yesterday. In the current phase, 300 Belgian soldiers will be deployed in Romania,” he said on Twitter.

Belgium will also support the Ukrainian forces with 2,000 machine guns and 3,800 tons of fuel, according to De Croo, who added that the government in Brussels was looking into further requests for help from the government in Kyiv.

You Don’t Have to Live With Uncontrolled Asthma