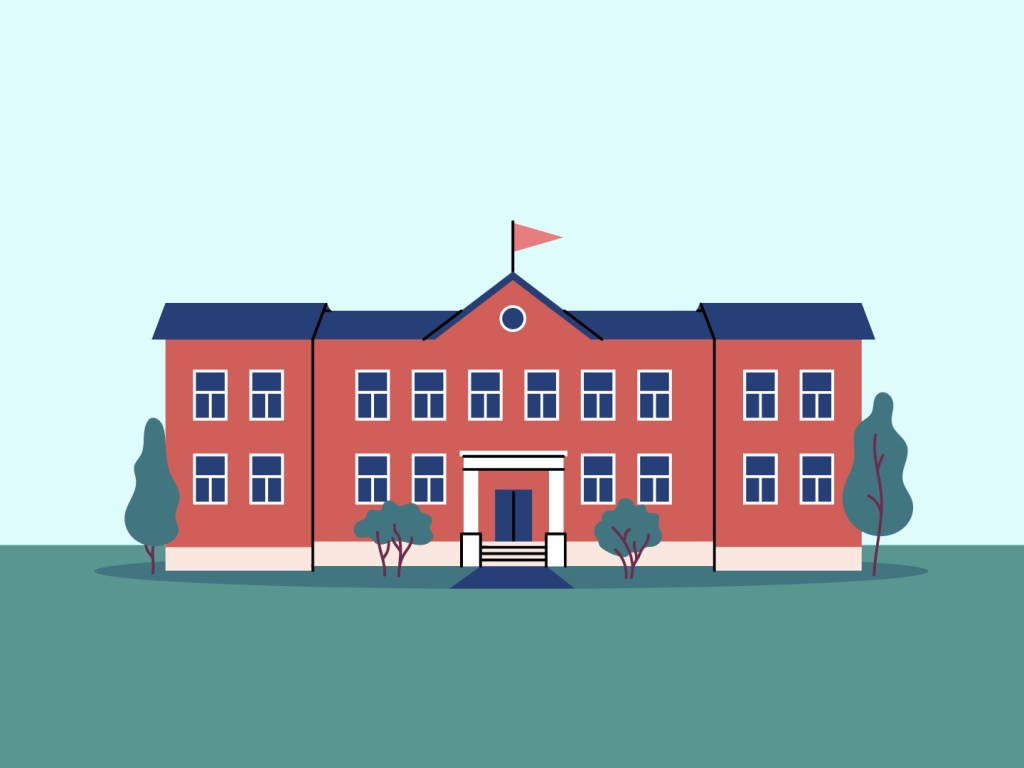 If you purchase an independently reviewed product or service through a link on our website, SheKnows may receive an affiliate commission.

I don’t think anyone was more excited about the reopening of schools in the midst of the COVID-19 pandemic than parents. Whether the schools opened in fall 2020 or spring 2021, I imagine parents everywhere exhaled a collective sigh of relief when they received notice. Whether you work(ed) from home, had to physically report to work, or stayed at home, but found yourself teaching in addition to parenting this mama understands what it means and the necessity of sending your kids away for at least six hours a day.

However, sending children back into the classroom means they become students and not solely our children, our babies. As students they are expected to learn, to perform, to excel. Much like the expectation for adults is to work, to perform, and to excel. Tied to this achievement is attendance. In the United States, both the work culture and school culture is tied to over-achievement; over-performance. These are the standards of excellence we learn in grade school with prestige milestones that begin with perfect attendance and extend into our adult careers where people who work eighty hour weeks and rarely use their allotted two weeks of sick/vacation time are lauded.

“Sending children back into the classroom means they become students and not solely our children, our babies.”

“We have to have honest conversations about mental health,” said Dr. Howard Pratt, D.O. a psychiatrist at Community Health of South Florida, Inc. Dr. Pratt works with children and adolescents as well as adults. He believes mental health is an issue that affects everyone no matter, race, class, or creed, socio-economic status, or living conditions. “No matter how strong a person may appear, everybody is going through something, you just don’t know about their battle,” he said. “The easiest solution is start off having services for children.”

And by services for children he means before they’re assigned a case number and social worker like Adiba Nelson. Nelson, served as a social worker for 11 years in Houston, Texas. She’s now a prolific writer and the author of the forthcoming motherhood memoir Ain’t That a Mother (Blackstone May 3, 2022).

“When I was working in the schools, they also came after the parents and parents would have to go to court if their kids missed too many days of school because they were considered truant,” Nelson said. “They didn’t really take health considerations into account. Which put not only stress on the parents but also a lot of unnecessary stress on the kids and anxiety.”

Dr. Pratt said, before taking such a drastic step as the one detailed above, both parents and school leaders such as counselors should try to understand why a child—no matter how old— doesn’t want to be in school.

He said, “The parent does have to take the responsibility. They’re going to be the biggest advocate for the child . . . but you really have to look at what’s really going on with that child. Are they avoiding school? Are there other things going on? One of the biggest issues I see with school districts and parents is wondering, ‘Is this kid lying?’”

In these instances, Dr. Pratt suggested that parents take a day off and begin addressing whatever the issues are causing the truancy and chronic absenteeism at the district level. However, this redress of the issue can be problematic for parents, especially single parents.

Nelson provided this example. “Let’s say you’re a single mom and you have to be at work at six o’clock in the morning, and your kid is responsible for getting themselves to school. But your kid can’t make it to school that day because they’re sick and you have to leave the kid home either by themselves or with a babysitter. You’re focused on A.) getting to work, B.) checking on your kid. You’re not going to necessarily remember, Oh, I better call the school. And so if that happens enough times—I think it was like if it happened more than five or six times the kid was considered truant.”

Nelson experienced this as a social worker working within the school system but also as the parent of a child with disabilities. In fact, she lost two jobs because of her own absences from work because she was taking care of her daughter.

“It was pretty devastating for me as a parent, one because I was a single parent,” Nelson said. “I was working with children that had behavioral health issues, disabilities, and mental health issues. So, I’m working with children that my daughter would fit into the population of because of her disabilities. And I’m trying to be her mother, which is what I’m trying to teach these other kids’ parents how to do, but then I lose my job because I’m doing what I’m trying to help other people do.”

And herein lies the feedback loop that echoes from end to end: that taking care of ones health—mental health especially—is not and should not be a priority.

“We learn by what goes on in our homes,” Dr. Pratt said. “So if you have a parent that doesn’t know how to deal with their own mental health, it’s not likely that they’re going to be able to pass those tools on to their children.”

“When we’re addressing mental health, we’re waiting too late. That is the most tragic thing.”

Nelson vividly remembers feeling betrayed when she lost her job because she had to take care of her daughter and then partner who was on the kidney transplant list. “I remember thinking, ‘do you understand that if I don’t have a job my family won’t have a home?’” Now as someone who employs people to work with her daughter she said she makes sure that they are well. Despite the paradox the current capitalist culture would have us buy into.

Of the current cultural mindset around work and wellness Nelson said, “I think it sends a message that illness equals failure and also, wellness equals failure. Because if you’re sick and you can’t go to work, for whatever reason, you run the risk of losing your job. So, you’re seen as less valuable to the company. But then if you take time off to care for yourself and be well . . . then you fall behind that work. So it’s a no win.”

In this apparent no-win situation for children/students and parents/employees both Nelson and Dr. Pratt see a potential way forward.

“When we’re addressing mental health, we’re waiting too late. That is the most tragic thing,” Dr. Pratt said. He wants to see funding for mental health prioritized at every level because as he said during our interview, by the time a child comes to see him, it’s too late. “We, as a society have to say our mental health is worthwhile. It’s just that simple.”

In addition to prioritizing mental health and mental health funding, Nelson would like to see more humanity, compassion, and empathy imbued into the systems that create these policies. “I think attendance policies are like an idealized life, and that’s not how it works.”

There is nothing ideal about life right now. The ongoing COVID-19 pandemic further complicates the conversation around attendance policies and mental wellness. Emergency room visits are up due to mental health concerns among children, more adults are dealing with anxiety and depression, and roughly 600,000 students–down from three million at the height of the pandemic–are no longer enrolled in school. While children need to be in school to learn and develop socially, I believe it is more important for the student body and the corresponding workforce of parents to be well than it is for them to be present.

Attendance and sick policies do need a complete overhaul at both the school and corporate level and the easiest way for that to happen is to meet each other on a human level with empathy and compassion and offer the extension of grace.

Before you go, check out some of our favorite mental health apps for a bit of extra TLC:

7 Things A Nutritionist Wants You to Know