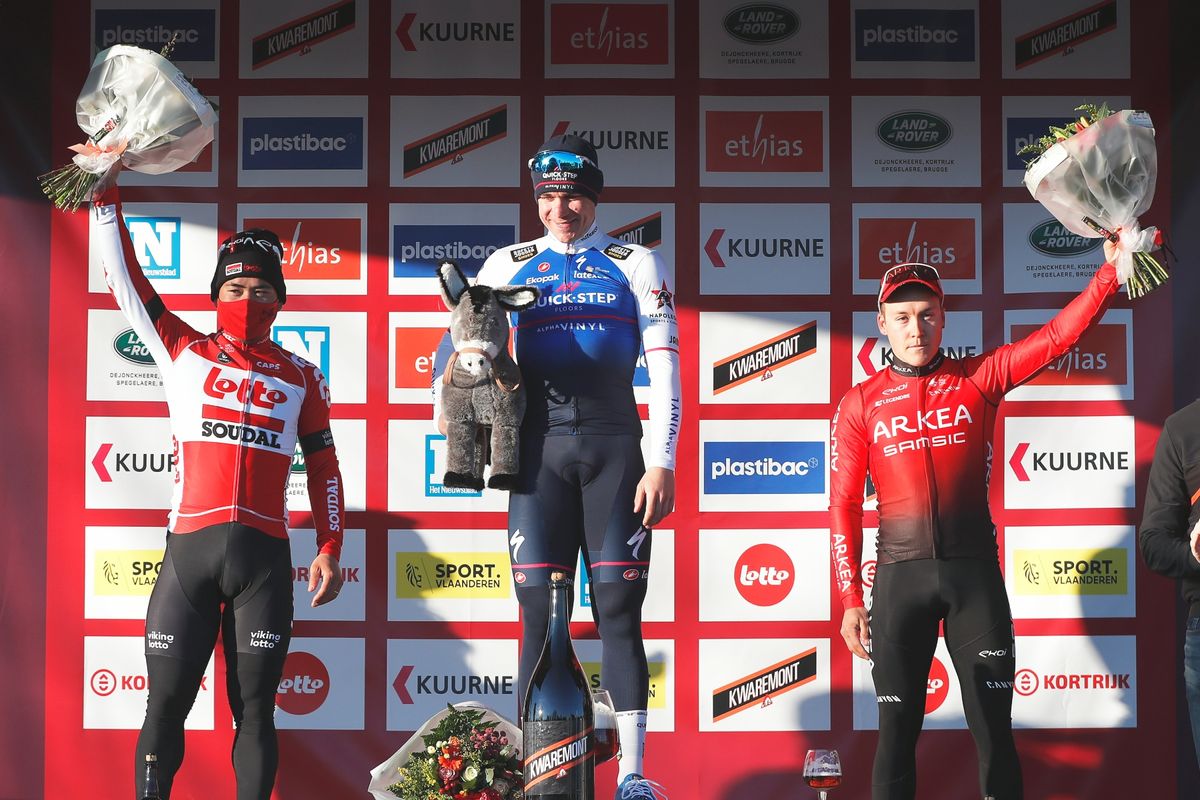 Given the focus on QuickStep-AlphaVinyl’s two-day redemption arc and Jumbo-Visma’s improved Classics squad, the battle for UCI points was far from the main narrative off the Opening Weekend, but it was indicative of a season-long battle we will see between the teams fighting for a 2023 WorldTour licence

With 18 WorldTour license slots up for grabs at the end of the season and more than 18 squads in contention – Uno-X, TotalEnergies, and Arkéa-Samsic are among those hoping to step up, the battle to accumulate UCI points to put towards the all-important ‘sporting criterion’ has been ongoing from day one of the season.

Lower-ranked WorldTour squads such as Lotto Soudal, Intermarché-Wanty-Gobert, and Cofidis are fighting back and winning so far in 2022, while French ProTeam Arkéa-Samsic have also done the same with five victories (four courtesy of Nairo Quintana) and 15 podium spots and other point-scoring results.

The latest of those podiums came via new signing Hugo Hofstetter at Sunday’s Kuurne-Brussel-Kuurne, the Frenchman sprinting to third place behind Fabio Jakobsen and Caleb Ewan and taking 125 precious UCI points in the process.

Teammate Dan McLay was fourth, while Amaury Capiot took seventh in a display of team strength that added 285 points to the 1,429 that saw them placed a stunning joint-first in the UCI rankings as of February 22.

“We shouldn’t talk about points all year long,” said Hofstetter shortly after the podium ceremony on Sunday afternoon. “But we are aware that the first 18 teams will be in the WorldTour. We’re here to win races, and when you win the points come automatically.

“I’m proud of our good UCI ranking, last Tuesday we were level with UAE Team Emirates, so I also want to contribute to this. We’ve done good results since the beginning of the season, so it’s very good.”

The Arkéa-Samsic trio, with Hofstetter at the head, could be seen snaking around the outside and up against the barriers in the closing metres of Kuurne-Brussel-Kuurne, with the Frenchman sticking to Ewan’s wheel as the peloton absorbed the three-man breakaway within metres of the finish line.

Hofstetter said that the team’s lead out was planned for McLay to be the last man but noted that after finding himself behind Ewan in the closing metres he was all-in for the sprint with his teammate in the end sprinting alongside him to take fourth.

“With the headwind it wasn’t easy and the breakaway in front made it complicated to manage, too,” Hofstetter said.

“In the sprint it was normally supposed to be for Dan. Amaury was doing a great job for this and he took the wind while I took his wheel but after that he was going left and I was going right. At that moment I had McLay in my wheel, then I was in Ewan’s wheel, and I started my sprint.

“The sprint was a really fast one and at that moment it was possible to stay in Ewan’s wheel. We know that since the beginning of the season they are like the best sprinters in the world, so it was really hard to beat them, but anyway we are happy with this result.”

For Hofstetter, the result is a confidence boost heading into the rest of the spring campaign.

He started his Arkéa-Samsic career with fourth place on the final day of the Challenge Mallorca and finished second in the uphill sprint to kick off the Etoile de Bessèges. Now he’ll head to Le Samyn, a race he won two years ago and one of two pro wins so far in his career.

“It’s really like good for the confidence,” he said of his Kuurn podium.

“For sure, it would be better if I beat them but I’m happy with this place, sometimes you really want to win but sometimes you do a bad result and then you appreciate a moment like this more. That’s important.”

Cycling tech for the cobbled classics

Postpartum Depression: What It Is & What to Do About It