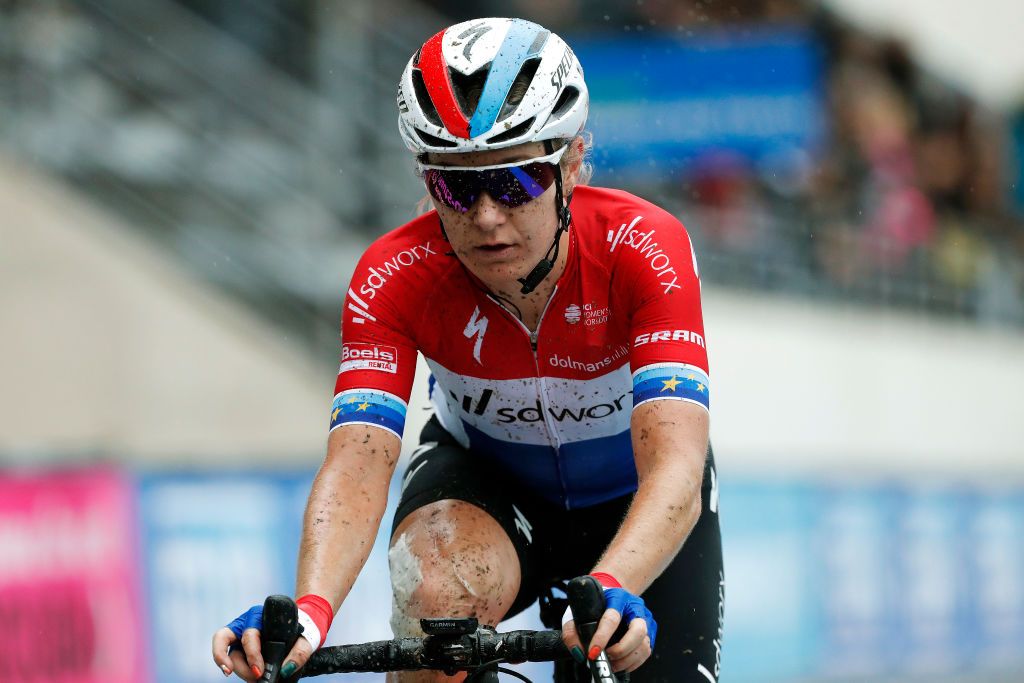 Amy Pieters will be brought back to the Netherlands for further treatment on Thursday, more than two weeks after she suffered a crash during a training camp in Spain, SD Worx announced on Wednesday.

Pieters was training with the national track team on December 23 when she suffered a crash and lost consciousness. She was airlifted to a hospital in Alicante. Doctors performed surgery to relieve pressure on her brain and placed her in a medically-induced coma.

Initially, the doctors expected to bring her out of sedation after a few days but extended that to this week. The team say she is currently stable and breathing independently and her sedation has been phased out.

“Only when the rider awakens will the medics be able to get a first impression of the consequences of the fall,” the team said.

Fellow Dutch riders and teammates have been worried about Pieters, with Cyclo-cross World Champion Lucinda Brand in tears after winning the GP Sven Nys on January 1, having raced with ‘Amy’ on her helmet and dedicating her victory to Pieters.

“It’s a very difficult time. It’s nice to win. But meanwhile, we know that it’s not that important. I am constantly thinking of [Amy] and her family. I hope they can take some strength from this,” Brand said.

Brand’s teammate Ellen van Dijk wrote on social media: “The end and beginning of a year are normally times to post something. At this moment I struggle a bit with it. Thinking of Amy, nothing else seems important. I don’t know if posting about Amy will help her, but who knows. May the power of the peloton be with you.”

At the Dutch Track Championships, several riders added her name to their skinsuits with a heart in place of the ‘m’, and top road pros also expressed support for the Dutch sprinter, with Mark Cavendish, Filippo Ganna, Elia Viviani and Elisa Balsamo among those writing messages on social media.

High-School Students Are Walking Out Over COVID

Signs of Sight Loss Could Be Identified Even before Patients Begin to Lose Their...