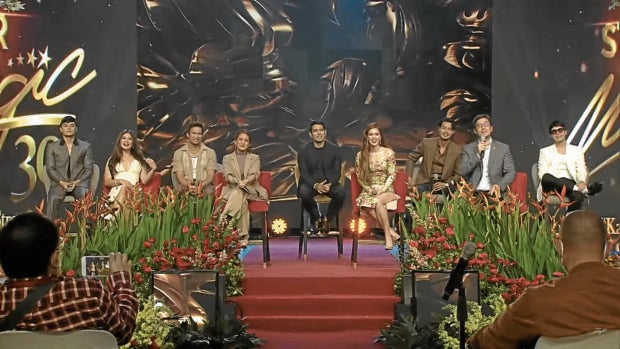 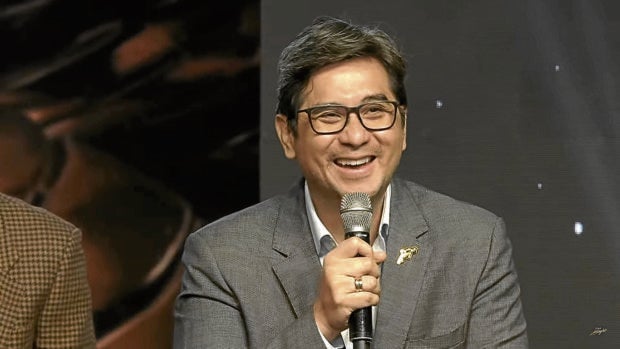 “I think we have gone through the worst already. Paahon na kami,” declared ABS-CBN executive Lauren Dyogi less than two years after the network took a big financial blow after failing in its franchise renewal bid in order to continue broadcasting in the Philippines.

The Kapamilya network ceased airing on free TV in May 2020.

“It’s true that the lost of the franchise gave us a lot of insights,” said Dyogi, the new head of Star Magic, the talent management arm of the beleaguered broadcast network.

“It also helped us realize what’s really important in our lives, as well as identify the people who matter to us—those who valued the relationship they have with us by choosing to stay,” Dyogi said during the launching of the yearlong celebration of Star Magic’s 30th anniversary.

The event coincided with the ceremonial renewal of contracts between the network and its talents such as Gary Valenciano, Regine Velasquez, Jake Cuenca, Shaina Magdayao, Sam Milby, Gerald Anderson, Jolina Magdangal, Erich Gonzales, Ronnie Alonte and Loisa Andalio. It was featured in a program titled “Kapamilya Strong 2022.”

As a result of the shutdown, a lot of Star Magic talents opted to find jobs elsewhere, accepting projects bankrolled by independent production outfits or signing up with rival networks.

In fact, Dyogi, who used to head only ABS-CBN’S entertainment productions, also assumed leadership of Star Magic in January 2021 from Mariole Alberto, who left the company in 2020. Johnny Manahan, who cofounded Star Magic in the early ‘90s, likewise decided to leave.

“I would always respect the decision of every individual. I have no control over their lives. They made decisions based on the circumstances—I cannot question that. If they have personal needs or plans that they thought Star Magic and ABS-CBN would not be able to provide, that’s their option,” Dyogi said during the event’s Q&A session.

“For me, what’s more important are those who chose to stay. I don’t like to even spend my time and energy thinking of the people who left because they’ve already moved on and are already doing something else. I’d like to pour my energy, my focus, and my love to the ones who are here. They were with us in hardship and comfort,” he declared.

“We don’t know what’s there in the future. Our industry is so small that I really can’t say we will never be working with them anymore,” Dyogi stressed, while thanking Alberto, Manahan, and former ABS-CBN president Freddie M. Garcia “for laying the foundation and building Star Magic. This time, however, we’re venturing into a new era.”

Dyogi announced: “We will bring back what used to be customary and familiar,” referring to the annual ABS-CBN Ball and the All-Star Games sports fest, which were discontinued in 2020.

He also said that the pictorial sessions for the 2022 catalogue featuring Star Magic artists have already begun. To complement this, a new website will be launched, too.

“We’re also venturing into the international arena. We’ve already asked some of our artists to audition for international productions. There are so many possibilities. Gerald (Anderson) was right when he said earlier that we’re producing so much content even during the pandemic, at a time when we’re in dire straits. Imagine what we can do now that we’re slowly standing up again, now that we’ve already seen how broad the online world really is.”

Dyogi pointed out that “the landscape has changed. We were on free TV before and it was so easy to come up with programs because we had seemingly unlimited resources at that time. Now the engagement has changed, too. Everyone is on social media and on the different platforms. The artists, meanwhile, are still there, wanting to build connections. Star Magic is here to help and support them, to really guide them in reaching their goals. We will continue to evolve, grow, and make activities not only to build camaraderie among the artists but also to build their characters and skills.”

As for his advice to the young Kapamilya talents, Dyogi replied: “Just look at these talents before you, they are the true testament of the fact that ambition and hard work will lead you to success. Fulfilling one’s dream requires tremendous effort. Jake (Cuenca) was right when he said earlier that work begins even before an actor gets on the set. I see on social media how these guys work hard to take care of their bodies–this isn’t merely for vanity. They know that when they get back to work, they will need strength, stamina, and endurance. They’re the models to the future and they know that these are the tricks and requirements needed to survive this industry. Just follow them.”

Dyogi further said: “Another thing, they are also a group of kindhearted people. I was so touched by the fact that they never forget to extend help to people in need. They readily help their immediate family members and their communities. That’s the real meaning of service.” INQ

Saffron: Benefits, Nutrition, Side Effects & Ways to Use